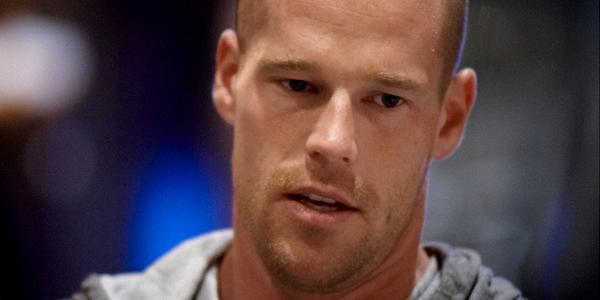 Take a big whiff poker enthusiasts because the ever-lasting debate is on the clock...again. What debate you ask? About HUDs and other helpful poker software of course! Who revived it you wonder? Second overall in the all-time online poker money list, Patrik Antonius!

Last week, Antonius revealed in a PokerListings interview the reason why he avoids the online green felt. Apparently, he thinks the game isn’t ‘fair’ anymore with all the advanced technology gaining more and more ground. The poker community reacted immediately and everyone, from notorious high-stakes legends to recreational player had their legitimate say. Who won? Like always, nobody. The community is torn apart between those who believe poker software is part of the progress and those who despise the cold numbers and terms like ranges and GTO as in game theory optimal.

Let’s take a closer look at each other’s arguments...

Daniel ‘jungleman’ Cates: Addition of Software to Poker is a Byproduct of Capitalism

One of the strongest voice in this debate so far has been Daniel Cates. He is third, just behind Antonius, in the all-time money leaderboard presented by HighStakesDB. In a 2+2 post, ‘jungleman’ compared using software to knowing advanced theory. Both are not against the rules. Because the field is tougher by the day and the long-term can be achieved faster, the poker player now must work to plug his leaks and use any means necessary to play an optimal game.

It is really just a matter of time before software takes over online poker because that is really the only way forward once intuition is no longer useful for pushing one’s game.

Another high-stakes player joined the discussion, DeucesCraked coach ‘insyder19’. He acknowledged the edge one might have using a HUD compared to another using only his mind and mentioned about the dangers of a real-time GTO software. Which leads us to the question:

Was Antonius Talking About HUDs or GTO Software?

Many are questioning the way Antonius’ statement was interpreted by the community. In fact, they say, he wasn’t referring to HUDs - the software has been in the market for a long time - but to game theory optimal software, the kind of programs that give anyone a never-dreamt depth over someone’s style of play. There are already several important names that entered this market and there are also rumors about real-time programs who could help you make the right, optimal decision at the cash table.

If you think how much money they are playing for, it would be silly to think no one yet tried to hire a programmer to create something exclusively for a circle of people

This type of programs could indeed be dangerous and could completely deplete the high-stakes environment once and for all. And where would all go? Switching to live maybe…

Live Poker Is the Real Poker

The recreational player countered the pros’ arguments by simply saying there is no fun playing with a computer. Using advanced technology basically means ‘going past human study’ and breaking the rules. This is why, most of them believe, live poker is actually the real poker - no statistics, no numbers, no GTO, just emotions and thinking the game within your boundaries.

But what about the online poker? A popular take among the recreational is banning all the third-party software, including HUDs. Another one would be to create new games at a faster pace and even eliminate older ones. Could this do the trick?

Maybe but not that likely. I don’t believe any other poker variant will ever reach the No-Limit Texas Hold’Em popularity.So what can we do? Bottom line: GROW UP!

Many of us are still dreaming about the soft games prior to Black Friday. And most of us are dreaming about making easy money. This is not the case with online poker anymore. Maybe it was somewhere in 2008 but not now. The market has evolved since then, making way to the strongest and to the more prepared. As the solid poker players grew in number, they had to have an edge over one another so they worked more on their game and thought of more creative ways to beat the stakes. It started with small poker tracking software companies that eventually grew and gave the players even more possibilities to study their own game and their opponents’. And since Phil Galfond introduced us to ranges and other advanced concepts (can we blame him?), others saw an opportunity and developed advanced programs that ultimately lead to the current GTO ones. Does that mean the game is ‘unfair’ now? No, in my opinion this is called progress and capitalism as Cates pointed out.

Now to beat the stakes, you have to work ten times harder than before. This is the nature of things. I know pros who play the high stakes and study (NOT PLAY) the game five-six hours per day using different legal (not real-time but indeed GTO) poker programs. This is called hard work and dedication. If one feels this is ‘unfair’, then why are we watching and betting on professional sports? The conditions there are ‘unfair’, LeBron James is out of this world and Lionel Messi is definitely ‘unfair’.

Life is unfair, like poker it has upswings and downfalls and LIKE poker, only the ones willing to make sacrifices and adapt will succeed. So why not try to climb the success ladder rather than complain about unfairness?

With all said and done, Patrik Antonius probably doesn't care about the haters on this one, he's enjoying life...

One of the poker world’s most prominent couples, Loni Harwood and Phillip Hui, have announced their marriage

What US Poker Sites Can Learn from WCOOPPoker Gossip & Opinion