Spain’s best-ever chessplayer, Grandmaster Francisco Vallejo Pons, has gone public with the reasons behind his recent chess and health problems – a shocking 6-figure tax bill from the Spanish authorities for a losing year of online poker in 2011.

The former world number 18 withdrew from the European Championships in Batumi, Georgia, this week – and posted a heartfelt tale of woe on Facebook describing how “an idyllic life can become a disaster at great speed” as he battles the Agencia Tributaria over the historic tax bill.

“We go back to the year 2011. Play some online poker, for fun, I'm no gambler… I lost everything, a few thousand and I stopped playing,” Pons explains.

However, fast-forward to 2016 and he reveals:

“I get a bill for more than 6 figures! More than half a million euros because you played poker and lost. It sounds like a macabre joke, but it's not, and at that moment starts a snowball that's crushing you.”

The problem for Pons – and many, many other Spanish poker players who have found themselves in a similar position – is fairly simple, the Grandmaster summing it up as:

When the Spanish IRS changed the law in 2012 to allow poker players and gamblers to offset losses against their tax burden, they failed to apply it retroactively.

For Pons the effect has been devastating, the 35-year old stating:

“From 2016 begins the lawyers, the meetings with the IRS, I start cancelling tournaments, I get infections on my skin because of nerves, and I have to cancel my involvement with the national team because, honestly, I can't stand the pressure.”

His withdrawal from this week’s European Championships is the first time he has ever pulled out of an event midway, Pons writing that:

“I don't consider myself a weak, easy-to-unbalance person. I think a great chess master is by definition, a person used to dealing with difficult situations. I thought I could handle everything, I thought the bad luck would end someday, I'd still fight like nothing happened, and I've been trying every day for almost two years.”

The clearly distraught Pons ends his post by saying:

“Future? It’s difficult to pose a long term, and very sad to have to represent the country that has treated you like a criminal, who has ignored you, and that has destroyed you.” 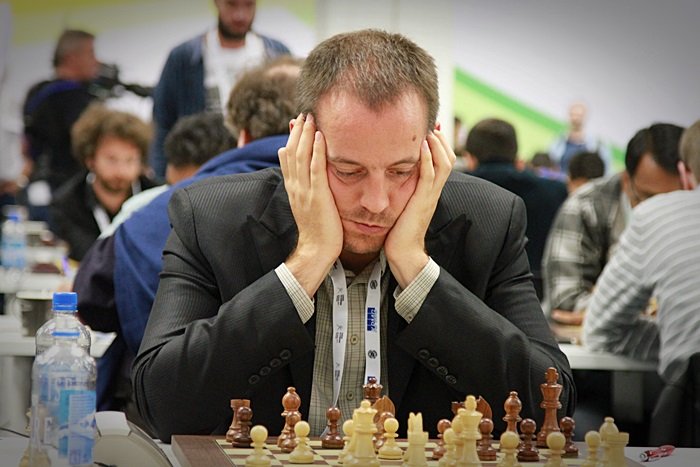 As I wrote a while back, ‘The Spanish tax laws are among the most restrictive world-wide for poker players’, and the tax authorities have been looking as far back as 2010, cross-referencing databases such as Thehendonmob.com, both for live and online tournaments, against Spanish players' tax returns to identify irregularities.

In a tale vastly different from that of the unfortunate Pons’, Spanish poker pro Dragan Kostic received an 18 month jail sentence last year after failing to disclose his €532,000 ($766,438) payday for finishing 2nd in the 2011 EPT Barcelona Main Event.