There are a lot of things that Chris Moneymaker is known for.

He’s of course known for being the gutsy (then) amateur poker player who won an online qualifier to the 2003 World Series of Poker Main Event - and then laid an iconic stare on Sammy Farha in the “bluff of the century” that lead to him taking down the grand prize. But he’s also known for all the things that came after that.

He’s known for starting the poker boom, and for helping build PokerStars into a force in the poker world. He’s known for remaining the “every man” face of poker - the physical embodiment of poker as an egalitarian game where anyone can strike it big with the right combination of luck and skill. Basically, Chris Moneymaker is synonymous with poker and intertwined in its history forever more.

But just when you thought that Chris Moneymaker had seen and done it all, something gloriously, hilariously new comes out of the blue. And suddenly you realize that poker has a way of making the improbable turn into reality - and not just by way of unsung amateurs hitting huge jackpots. 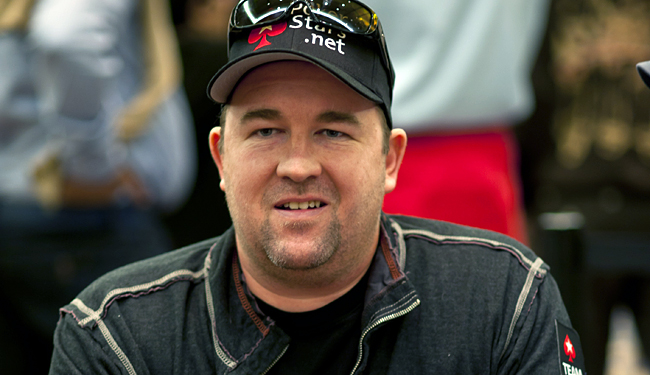 It’s no secret that PokerStars’ marketing emphasis has changed since its acquisition by Amaya Gaming. One of the things that has changed is the new emphasis that is placed on sports celebrities - turning the brand into something akin to a less athletic version of Red Bull. Rather than focusing on the gaming, the new idea is to have different personalities around the brand do wild and crazy stunts for the camera.

Enter a Brazilian Ju-Jitsu Dojo. Yes, a Brazilian Ju-Jitsu Dojo where the 2003 WSOP Main Event champion finds himself at the beginning of the latest installment of Amaya’s marketing campaign strategy. From there, Moneymaker proceeds to go through the gym looking for an MMA fighter. As he searches the rooms full of punching bags and grappling fighters, he even manages to crack the joke that the man he is looking for is even bigger than he is. Eventually he finds that man, and in a hastily edited sequence suplexes him to the mat. In another cut, Moneymaker is back in the car telling you to “not try this at home”.

Chris Moneymaker is someone who makes no bones about the fact that he loves to live life big and large. He has a certain joie-de-vivre about him and will definitely never be mistaken fro someone who would rather be at a Brazilian Ju-Jitsu club than a poker table or local restaurant scene. Kudos to him for going outside of his comfort zone and making what was no doubt a crazy idea work.

Now, all that he needs to do it put in a few more training sessions and he’ll be ready to take on the likes of Olivier Busquet - recent victor in his poker MMA prop bet with JC Alvarado. If that match ever happens, I’m sure that all of the poker community would be tuning in to watch.

What Would it Take to Make Poker an Olympic Sport?Poker Gossip & Opinion