To HUD or not to HUD, that is the question. Most players have an opinion one way or the other on whether the Heads-up Displays (known as the HUDs), where statistics are displayed above the player in graphical form, is good or bad for the game. In this article I’m going to quickly outline the arguments for each side of the debate.

In the red corner, we have the pro-HUD camp. There is a lot to like about having access to as much information as you can at the poker table. Knowledge really is power and it could be argued that to take a principled stand against having more information and thus a potential edge of your opponents is (let’s forget ethics and morality for a second) a little foolish.

To get better we need to accurately and critically analyse our play. If I asked a person who never uses a HUD what areas of their game they need to improve, they might shrug and admit that, whilst they would like to be generally better, they are not sure. An HUD user could, in a reasonably short amount of time, tell me that their play, for example, in the small blind at $1 - $2, is excellent, but they leak from playing small pairs in middle position at $0.50 - $1. In terms of laser guided assistance to find your leaks, there is nothing better than tracking your play, and your HUD, which as well as providing information about your opponent stores your own hands, is the perfect way to put into practice the process of analyzing your play.

Online poker is generally considered to be getting tougher to beat, and tracking your play, getting down and dirty with stats in a very specific way, is seen as essential to becoming and staying a winning player. If you don’t analyse your play, your opponents, at least the ones who win on a regular basis, will be putting in this work. You can also go further and review what your own HUD looks like and then you can use leveling to lure opponents into errors based upon what you know their perception will be of your play. Does this sound complicated? It is! I do not believe you can afford to be superficial about your poker game.

If you are a bit anti-HUD, think about this for a moment. In order to gain an “unfair advantage” over a player by using an HUD, you have to know how to use it properly. Do you believe everyone interprets the numbers correctly? I very much doubt that. I’ve found with complicated HUDs that I can look at the numbers and pretty much see what I want to see from them. If anything, it distracts me from watching the poker. So whilst you might dislike HUDs, they could be stopping your opponents doing the obvious thing to beat you. A similar example is card counting in blackjack at the casinos. So many players do it wrong that casinos can afford to sell “How to card count books” on their premises! This online casino comparison fits well because the information from an HUD adds an incredible amount of complexity to an already complex game. All but the best player can be overwhelmed by the information overflow. 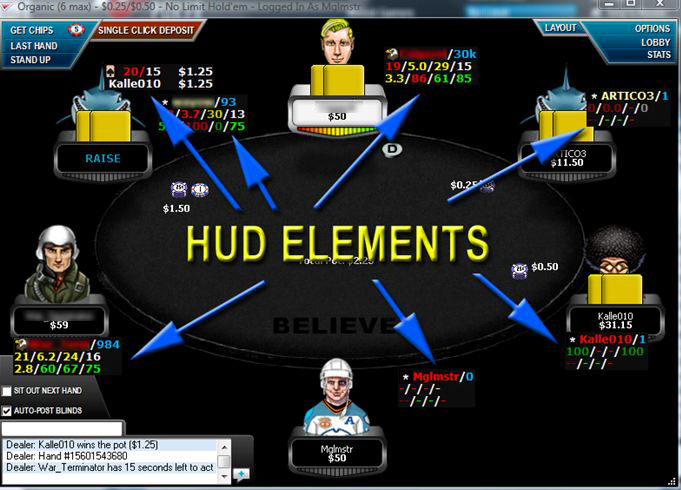 The Against HUDs Argument

And in the blue corner, we have the anti-HUD camp. The ‘antis’ feel that HUDs give the user an unfair advantage and even go as far as calling anyone who uses them cheaters. They correctly note that when we play live, it would be weird and probably a cause for concern, if one player had access to statistics about everyone’s play not readily available to everyone else.

Anti-HUD players think that poker is “dumbed down” by HUDs, because the art of poker is to observe your opponents play but also their body language and look for tells, using abstract as well as your recall of playing tendencies to make a decision how to proceed in a hand. They do not like how the HUD becomes the thing you look at, rather than the more abstract and “real” aspects of play.

This logic reminds me of the arguments used against polygraph testing (lie detectors), because when the result of the polygraph test comes out everything else is forgotten and the result is seen as absolute regarding truth or untruth. In terms of HUDs, do you stop and think about tells when you see that the villain has folded 100% of the time to 4 bets? You probably just 4 bet and bank on he/she folding because they have done that often before. Then they call, did you miss something? Did you even consider anything else?

For professionals, the information can be utilized to devastating effect, giving the pros an additional advantage over amateurs. Where the edges are so narrow in tough online games, anything that helps the pros is bad news for amateurs and to the poker rooms that rely on their rake. This has led a few poker rooms to outlaw this type of software. 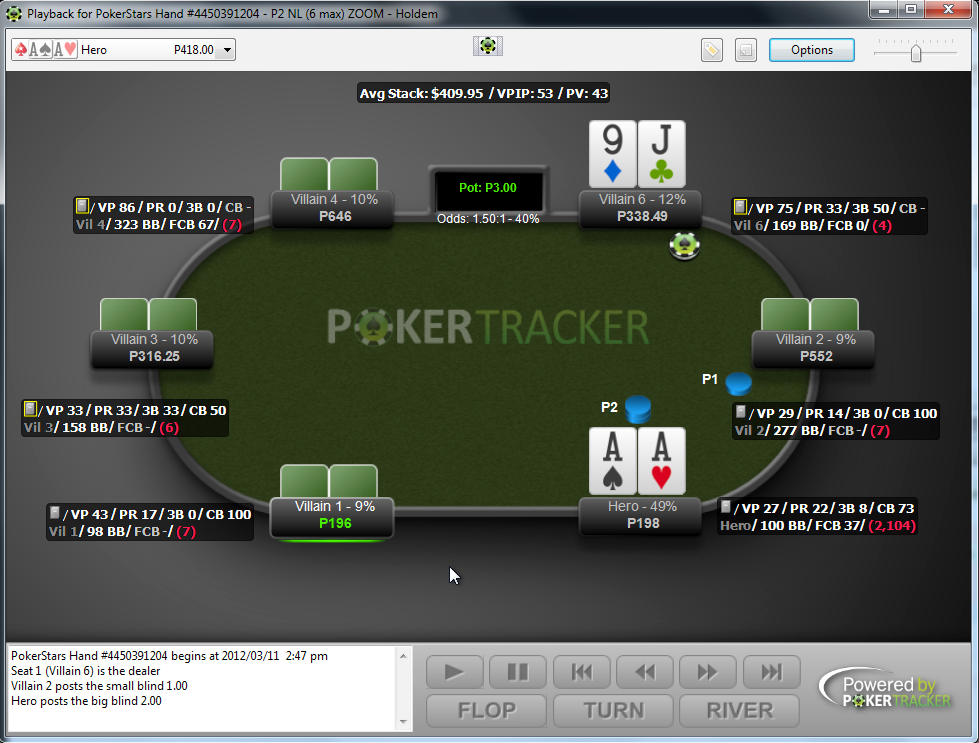 Where I draw the line is purchased databases. I feel that if a player has sat there long enough for their software to have logged 1 million hands played by an opponent then fair enough. Otherwise it’s information sharing, like the type used by a number of top professionals a few years back to destroy Viktor “Isildur1” Blom’s bankroll, remember that?

But I am also convinced that the vast majority of players that use HUDs are not increasing the standard of their own play very much, if at all. If anything, it changes their games to the point where it could be argued it gets in the way. Creativity will always play a part in poker, and if the HUDs cause the player to make a creative play, this is probably a good thing. Remember that mechanical and predictable poker can be exploited.

Why Can't We Escape Rake?Online Poker