JCarver Wins Almost 40k in the WCOOP While Streaming to 35k+

The WCOOP may have had its sights set on breaking records when it started this weekend, but it was American pro Jason 'JCarver' Somerville’s Twitch stream which shattered the first of them.

According to Sporting News,

“At one point, Somerville broke his own Twitch poker record as over 37,000 people were viewing the stream simultaneously. His previous attendance record was set at 22,000”. 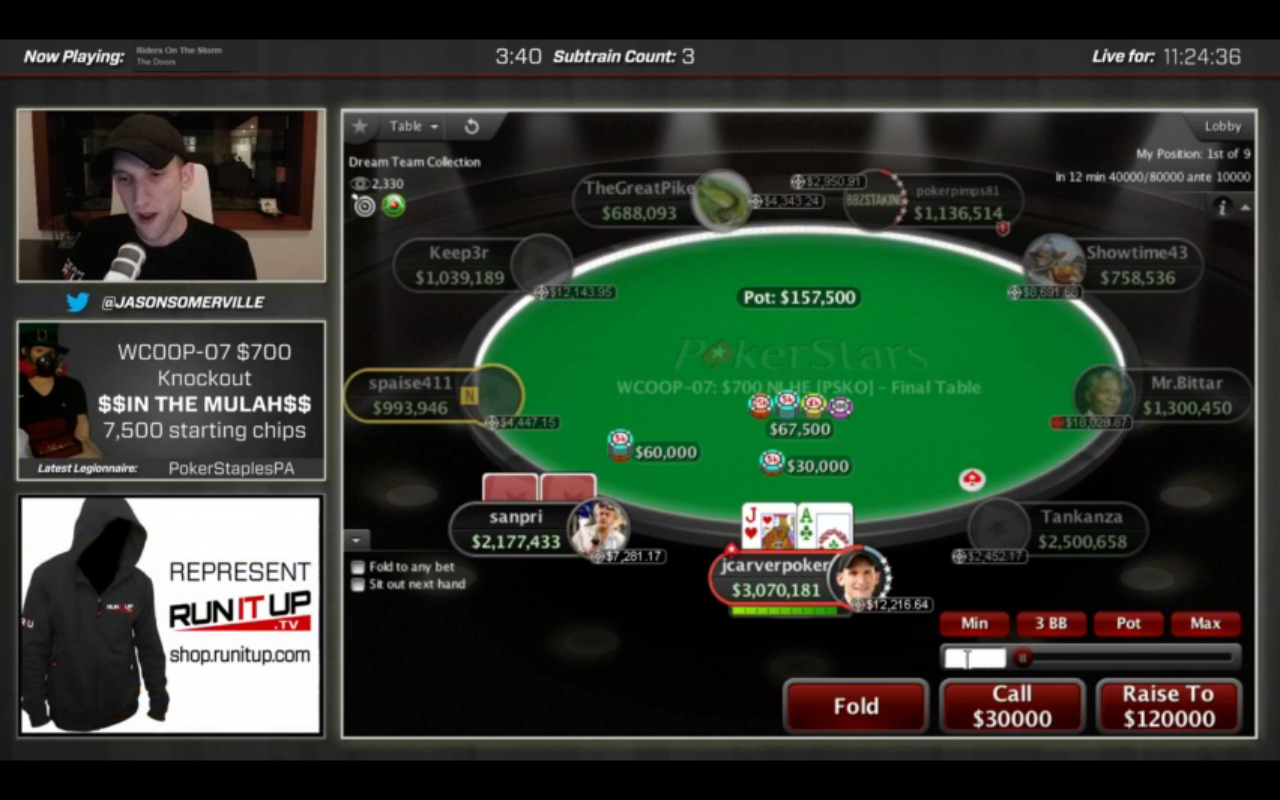 The 2011 World Series of Poker bracelet-winner, who can boast over $6,000,000 in life-time earnings, kept his record-breaking Twitch audience enthralled with virtually real-time commentary as he fought his way to 7th place and almost $40,000.

Interacting with his loyal following of Twitch fans, who could post questions and comments as he played, Somerville –known online as JCarver –finally went out when his pocket jacks were cracked at the final table.

Afterwards, Somerville took to twitter to thank his fans and viewers


damn what a fun night! thank you guys so much for hanging out with me, hope it's not the last deep run this #WCOOP xD back for more tmw!

The fan’s favourite from Long Island, NY is playing the WCOOP from the comfort of his 2nd home in Toronto, Canada since US laws led to a ‘ban’ on online poker back in 2011. His Twitch presence on Runitup.tv, combined with his Team PokersStars Pro status, has brought him over 121,000 followers and close to 8m views.

Twitch was bought over by Amazon last year and is the biggest player in the live online streaming market, which YouTube Gaming – launched last week, but without a dedicated poker portal – are hoping to muscle in on.

Originally designed to allow gamers to interact with each other, the streaming platform has expanded in recent years to include music and other content. Somerville’s WCOOP exploits can be replayed on his Twitch stream here.