With entertainment moving into the 21st century, television has become pretty old news. We want our favorite pastimes at our fingertips, available with the touch of a button, and free to enjoy. It stands to reason that professional poker, like any other spectator sport, should be available online as a stream that we can enjoy whenever the mood strikes us. If you feel the way I do, then you should know that it IS available, it IS free, and it IS streaming around the clock for your entertainment..

Presenting the PokerTube Twitch.tv streamers, a wily rogues gallery of some of the most talented up-and-coming players to be found on the online poker scene. There is a stream and streamer to suit any predilection from the quickest microgrind to the most thought out million dollar bid, not to mention a host of theory and strategy streams. I like to think that there is a channel for everyone.

First and foremost on the lineup is the official PokerTube stream - A number of different hosts appear here, but the two names I always watch out for are John-PokerVIP and Natasha Sandhu. John is an incredibly experienced long time online player who has played more than 10 million cash hands. Natasha, in addition to being fun and pretty, is a shrewd and clever player well worth watching. Expect a wide variety of games on this stream, they don’t specialize like some of the others on the list.

Next I want to cover the two main teacher streams in the bunch. First we have Ming the Merciless - this is an incredible stream for viewers that want to improve their play, particularly at 6-Max, Ming’s specialty. As a teacher, Ming is enthusiastic, energetic, and vastly creative with his strategy. However, the true brilliance in his method of teaching comes from his use of students as players. Instead of Ming playing and demonstrating, students will play or review hands and Ming, in addition to the people watching will coach and discuss the successes and failures of each hand. He also does coaching for his sub streamers who will occasionally bring an interesting hand to the stream to examine and talk about. 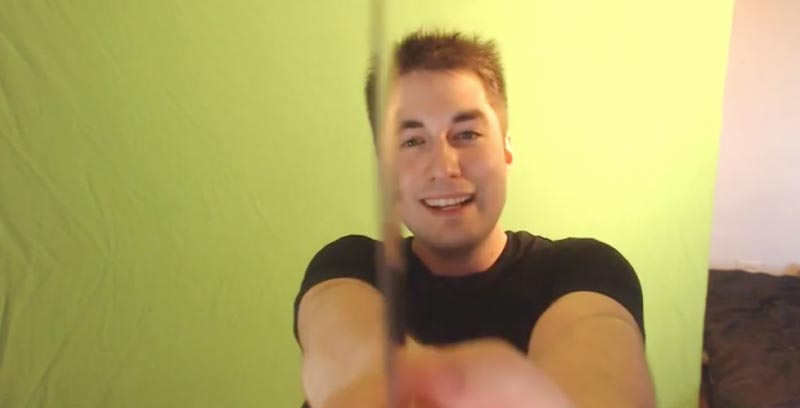 The second teacher stream comes from Adrian Fenix. I love Adrian’s stream because Adrian makes learning fun. He’s a gamer, a comedian, and he is constantly crushing in on the felt. You’ll often catch him streaming $200 no-limit Zoom on PokerStars followed by a bit of “Cash Game Island.” His strategy is ruthless; expect to learn a lot. Also alcohol, expect alcohol. 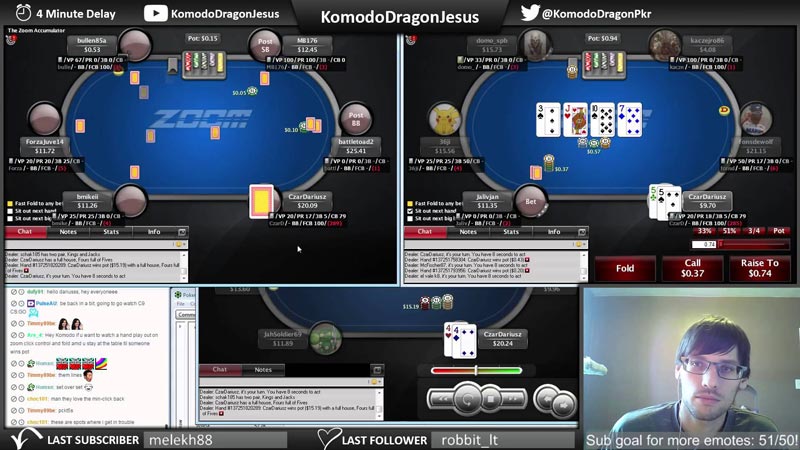 If you aren’t as interested in learning, but just want to see some seriously reliable play, you’ll want to check out KomodoDragonJesus. Darius, the man behind the stream, is one of the most solid and consistent winners in the 100nl PokerStars 6 max cash games. Moreover, he narrates/commentates his own plays in such a way that his strategy is extremely easy to follow and understand. Also, he has great taste in classic rock.

New kids on the block

Before I finally announce the promotion I want to share three names of some up and coming players that have just joined the PokerTube streaming roster. They are Weazel_1991, Rounder4Life, and Tsukaimelol. Weazel 1991 self describes as a “grown man (who can) completely lose his shit over a card game.” Im not always one for antics, but this guy is pretty funny. Rounder4life provides a lot of fun by selling his action on the PokerVIP marketplace where you can buy up some of his winnings if you’ll help foot the entry fee. I am always a fan of selling action (I think the idea is brilliant) so let me highly recommend giving it a try on his stream. Last, there is Tsukaimelol. Tsukaimelol’s stream is all about grinding the smallest 2-10 dollar games up into true high stakes. Determination, grit, and patience are the key here, and no one does it better. If you want to see how to really make some money in this sport, this is the stream to watch.

Get your free bankroll!

At long last, we come to the reason for this whole article, THE PROMOTION. Of course, it's nice to shout out to some of my favorite streamers, but the big deal about all of these streams is that they are giving away free prizes just for watching. What happens is that during a stream, the streamer will run raffles with a keyword. You type the word, and they run a program that rolls randomly to select a winner.

Then you get $20-$40 in free bankroll on an eligible site. It’s literally as easy as watching someone play poker. So far they’ve given away about $20,000 which is great, but the clincher is that their goal is to give away $100,000 in six months! That means that they are going to have to shoot off these free rolls like crazy. I like watching professional play anyway, and who would turn down a free seat at a $40 buy-in? Not I. And I’m guessing not you either.