Hustler Casino Live hit the headlines yet again this week when Japanese player Sashimi wore a fake breasts bodysuit, sparking a Twitter storm over whether it was just a harmless joke or simply demeaned women in poker...

The latest furore to hit HCL erupted on "Max Pain Monday", one of the show’s the livestreamed cash games in which YouTuber and Instagrammer Sashimi is a regular.

Sashimi wore a see-through top and nothing else over her body suit, revealing large breasts and frequent nipple slips as she played.

“I'm looking away from the screen right now. Sashimi, come on, please,” he laughed, but not everyone found it so funny."

KL Cleeton was another offended by the display, tweeting:

“Welp it's official and final - @HCLPokerShow is a joke and just objectively awful... There is zero that can be done to fully rebuild credibility.”

Bill Perkins and Matt Berkey took the boys will be boys approach, joking about “folding” and “fapping” while HCL co-owner, Nick Vertucci shared the same view...

“It’s a bodysuit and a joke,” Vertucci tweeted, but Cleeton responded, “It's tasteless and takes poker backwards.”

Sashimi herself had warned viewers what to expect...

...but it seems that the show’s owners weren’t aware of her plan, with Vertucci tweeting:

“In hindsight I wish I knew what Sashimi was doing & that THAT might happen. Didn’t know ‘til it happened. I wish I vetoed it.”

Back to Vertucci, who explained why the video had disappeared from YouTube.

“We took it down to edit ( proactively not because it was flagged ) because of YouTube guidelines. Because there were so many edits it isn’t loading correctly but we are working on it.”

The biggest cheating scandal of the year?

That incident saw Adelstein accuse Lew – who is not wearing a bodysuit in the clip below – of receiving outside assistance when she made a ridiculous call against him in a $269k pot.

What followed was one of the most bizarre scandals to hit the game, this one dubious hand leading to multiple accusations of cheating, an internal investigation that found a show employee palming $15k in chips after the show, lie detector tests, claims of infidelity and the threat of massive lawsuits.

Earlier in the year, the HCL show had two angleshooting incidents that made the headlines.

The first saw Julio “Skillsrocks” Cedillo banned from the show after cheating another player by rubbernecking fellow player Barry in a $10/£$20$40 livestreamed cash game.

At one point, Cedillo even moved Barry’s sunglasses to get a better sneaky view of his cards and can clearly be seen bending backwards to get a good view of his opponent’s cards. 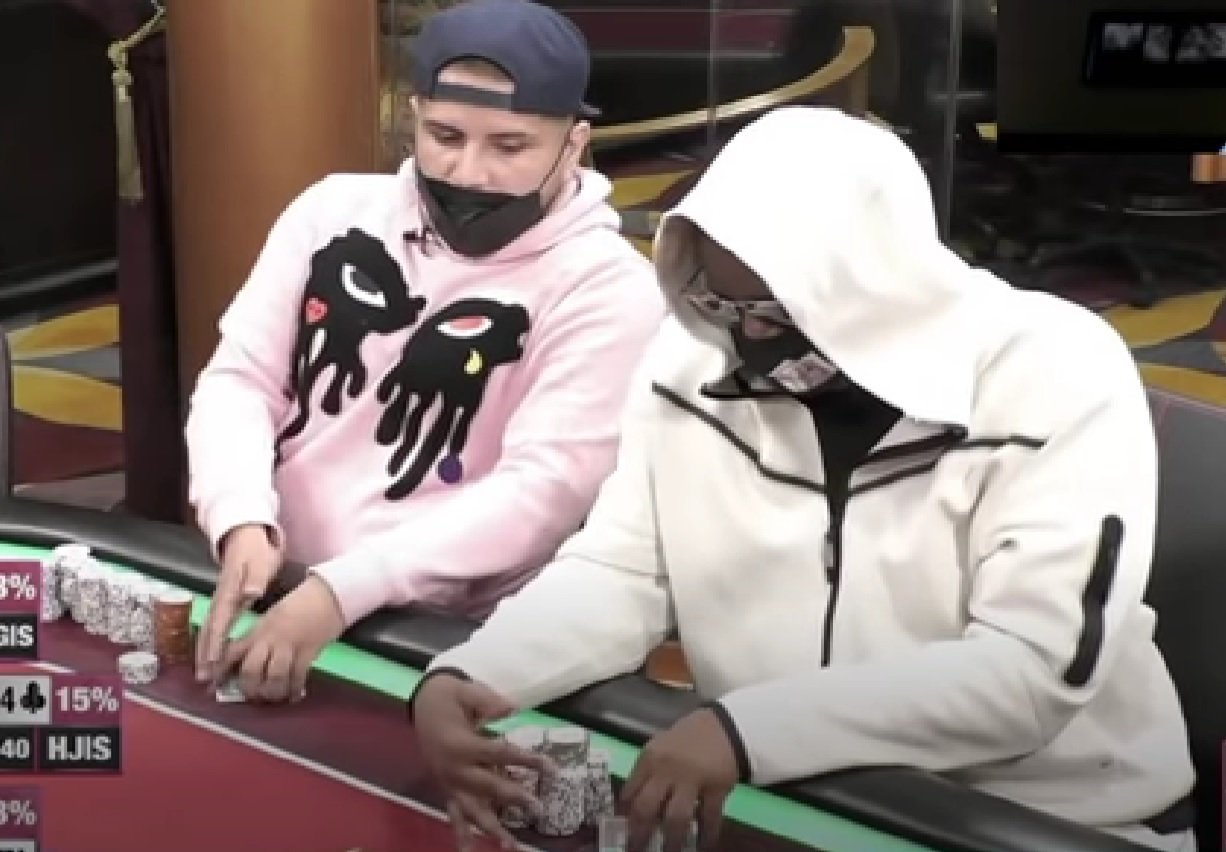 The second incident involved Phil Hellmuth, during a $100/$200 cash game with Tom Dwan, Alex Keating, and an array of social media stars.

In a hand against Anthony “Slime” Bruno, Hellmuth appears to fold his hand, but when Slime reveals his cards, Hellmuth claims he was merely showing them to Dwan.

Hellmuth was described on Twitter as a “scumbag” and “scum” by well-known players Thomas Keeling and Lex Veldhuis, while Scott Seiver stated:

“As an ambassador of the sport to fleece 5k from a brand-new player... this is absurd.”

What can we expect next from the most-watched livestreamed poker show? Watch this space!