What is Poker Ecology and Why Should We Care? 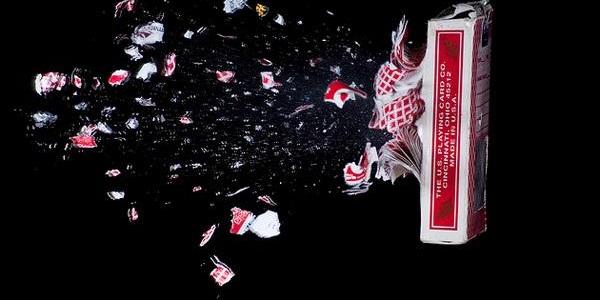 Poker ecosystem, poker economy, poker ecology, and even poker environment. Most of you will have heard these terms at some point in the past, usually in some respect to the overall health of the game and which way it's currently heading. They all refer to the same concept, it's just a different use of language.

Most people in the poker world would understand them to be generic terms for our entire community. This means everything from the world famous high stakes professionals to the high number of micro stakes recreational players, many of these only just beginning their poker journey. Also included are things such as loyalty schemes and the integrity of the games provided.

It should be obvious that we are all affected in some way when changes are made, although some players more than others.

We have seen many changes in the past fifteen years such as the introduction of database software, and legislative tsunamis like the UIGEA act passed in the USA late 2006, or the day we know as 'Black Friday' from 2011.

With widespread adoption of database packages giving users a 'Head Up Display (HUD)', recreational players have been put at an ever increasing disadvantage. They are losing their deposits at an increasingly faster rate. How can this be good for the overall poker economy? The answer is, it can't. Online gaming operators are only now beginning to take action, and wide sweeping changes are heading this way. Recreational players are vitally important to the overall health of the game. If new players don't deposit funds then what will happen? Players who have previously been winning money, will find themselves at the bottom of the food chain and the games will slowly die off.

The legal changes mentioned in the opening section left their mark literally overnight. A large number of players from the USA were effectively removed from the player pool instantly on both occasions. Following the seizure of the Full Tilt Poker web domain in 2011, many non-USA players also had their account balance trapped in limbo. Many players were left with the opinion that poker gaming providers were not fit to look after their money ever again. This, in turn, led to more players leaving the poker economy; definitely not a positive situation.

The integrity of the game has always been something which all players think about. As far as the complete history of online poker goes I think there have been very few scandals. We saw the 'Superuser' scandal at Ultimate Bet Poker in 2008, where a player had the ability to play whilst viewing other players hole cards, but very few events have been skewed to this degree.

Other factors affecting game integrity are collusion and the illegal use of automated 'bots', programs which a user can switch on and then leave running totally unattended, harvesting money out of the game.

There are varying opinions with which providers can combat these issues, though there is still a fair amount of paranoia to be seen on the poker forums. Having said that, PokerStars is one company which appears to send out emails quite regularly to players who have been affected by unfair play, a lot more than you hear about from people playing elsewhere.

Which are the most important aspects of the poker economy? The answer of course depends on where you fit into the overall picture.

Recent changes over at PokerStars have left the high stakes players and many high volume grinders facing a cut in bonus money, up to as much as $50,000 per year according to some sources. These Supernova Elite players are up in arms over receiving this news at such a late stage of the year. For those who are unaware, Supernova Elite is essentially a two year plan to transition to a new reward system for the Poker Stars top echelon of players. Many of these players have worked incredibly hard for long hours for almost the entire year, only to discover that next year when they were expected to reap the rewards, the bonuses on offer have been cut considerably.

So how could this affect the entire poker ecosystem?

The first worry is there could be a ripple effect with players being forced to moved down in stakes pushing a large amount of professional players into the smaller stakes where they can still afford to play full time. What we can't see for sure yet is what the balance will be between the best players at a certain level. This downward shift may drive out the many 'break even' and recreational players who are more interested in enjoying their hobby than making a consistent profit.

If many of these low earning players see a drop in their stakes, they may decide enough is enough. We could potentially see a mass exodus from cash games or a shift over to different game formats such as MTTs where players have traditionally been more focussed on chasing a big score rather than grinding out loyalty points.

As you can see, even a single news announcement on changes to one provider's terms and conditions, albeit servicing 68% of the market, can start to change the game for all players. The entire economy shifts, not just those who are directly affected.

The hard truth about this whole poker economy idea is that nobody owes anybody a living. This idea of rakeback grinding and mass multi-tabling may have led to a lack of focus on what the game is really about.

The same applies to third party software packages designed to relieve weak players of their money before somebody else gets their hands on it.

Let me quote from PokerStars' own blog page:

Technology liberated poker from the constraints of bricks and mortar and allowed poker fans to discover the game at their own pace in their own home on the internet. While the tactics of the game may have evolved, poker has stayed true to its core - it's fundamentally about human competition, which is something that needs to be protected.”

A situation where weaker players are losing their money faster and faster can not be allowed to continue forever. If that means making unpopular changes to keep the games alive for the long term then so be it.

Another quote from PokerStars' blog page

it shouldn't be about clicking a button because harvested stats tell you to. For this reason, we are on a path to eliminate many of these technological advantages that are used by a minority of players.”;

There it is, in black and white. A real shake up to the whole poker environment. People can vote with their feet, as always, but I think they might be surprised at how little comfort they get elsewhere.

2016 is certainly going to be an interesting year for the poker ecology.