It is an immutable law in business that words are words, explanations are explanations, promises are promises - but only performance is reality.”

The Amaya-owned giants of the poker industry upset thousands of players when they introduced wholesale changes to their VIP program late last year, but many more players were seduced by the ‘mind-blowing’ offers which PokerStars promised would hit the site’s ‘shelves’ early in 2016.

Naturally, however, seeing is believing, and the average player —the ‘rec’ which Stars was so openly keen to appeal to with their ‘anti-pro/grinder’ stance—>has yet to see one ounce of the promised milk and honey.

Over at the 2plus2 forum, ‘Dr Fatcat’ has kicked off a discussion about the broken promises, and naturally Daniel Negreanu has been quickly dragged into the debate, the Canadian being the main PokerStars face and the man who tried to play intermediary when strikes were organised against the poker behemoth’s massive and highly controversial changes.

At the end of 2015, when Amaya announced the cutting of SNE, Dnegs [Daniel Negreanu] came in to the forums and the ChicagoJoey podcast and he promised the players that there would be some amazing promotions on PokerStars in the 1st half of 2016. It's now almost August,” he continued, “and nobody has seen these promotions anywhere. So Dnegs, were you lying to us the whole time or was Baazov's firing the actual promotion ? It would be great if you could clarify your position on these promises.”

Negreanu had originally posted about the PokerStars SNE cuts by saying:

Easily the most frustrating thing for me has been communication. I know some of the promotions in store for 2016 and beyond and IMO they are mind blowing. I believe they will work to bring more unique players on to the site than we had in 2015.”

Quarterly $1million guarantee freerolls were a huge draw, promising prizes aplenty for new players, but unfortunately only one of them ever made it to the ‘reality’ stage of Geneen’s quote at the top of the page.

I have certainly seen nothing mind blowing. I guess Christmas 2015 was pretty good to be fair but after that, a load of garbage.

He recalled the ‘golden age’ of PS promos, writing:

The old PS did not run promotions that often, preferring to focus more on the VIP club but when they did run them they were very good and genuinely gave something back. Golden SNGs, the (very) occasional reload, huge milestone giveaways etc. Now the situation is that the promotions are dire beyond all belief,” he added. “On top of this with the huge reduction in rewards and increase in rake even if they were to run something good it wouldn't even be close to giving back like before.”

He also picked up on another of Negreanu’s statements about the ‘cuts’, when the superstar of the game said:

From a communication perspective, the players hear CUTS CUTS CUTS but it hasn't been adequately communicated to everyone what that revenue will be used for IMO.”

'CUTS CUTS CUTS' happening was completely understandable and I agree necessary. What was not necessary was reneging on SNE benefits for 2016 after advertising "If you rake this much in 2015 you will get xxx in 2016" until November.” Anyone who actively defends that and claims it was just a "communication error" or that PS had the right to advertise that then take it away participated in a theft, or some sort of fraud. If it was not for that rip off I don't think the players would have any real argument against Stars. To be fair if I remember correctly DNegs was pretty vocal in his opposition to that one specific cut as well. I think it is pretty clear to anyone with a brain what this revenue is being used for, and that is making Baazov and all his buddys rich - at the expense of PokerStars as a whole as well as the entire playerbase. Regs, recs and all in between.”

A detailed look at the PokerStars promos which DID happen early this year paints a similarly miserable story for those who believed their promises.

Despite starting his article positively, Robert DellaFave can’t quite keep his optimism up for long.

Keeping true to its promise, the overwhelming market share leader has rolled out a sea of new promotions this January. Yet, unlike many of the site’s prior events, the latest batch tends to reward random luck rather than high-volume or skilled play. It remains to be seen if this deviant approach will result in the long term sustainability and growth of online poker or simply compel players to “scratch off their lottery tickets” before promptly logging off until the next drawing.”

Of the promos and new games on offer: Cash Game Quest, Spin & Go 1st deposit bonus, $1million Spin & Go – Cristiano Ronaldo edition, MegaBonus, and PokerStars Giveaway, DellaFave only sees the first of these as offering anything in the way of long-term plusses for players.

He asks the questions “are the funds being allocated properly?” and cites several problems as he sees it.

“There are several common threads that bind the January promotions: 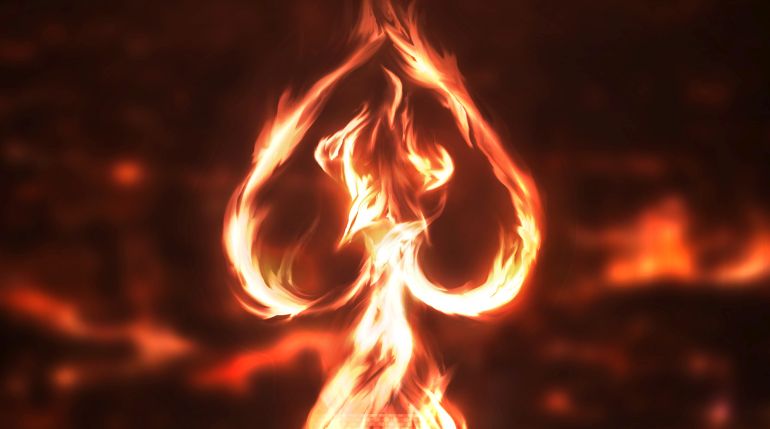 ‘TrustySam’ – who might not be too trusting when it comes to PokerStars given the nature of his post, stated on 2+2:

PS took away the $4mil worth of tourneys from the Supernovas plus who generate the bulk of rake, and said they were going to use the $ on promos for recs to help 'make the ecosystem healthier'. Then Dnegs got involved ... and then a couple of days later, the $4mil that was supposed to be used to 'improve the ecosystem' got put into a 4 $1mil freerolls.”

It seems to be a recurring theme throughout the story of PokerStars since their takeover by Amaya: promising positive changes and then getting the players to pay for these changes themselves in one way or another, and at the same time reducing the skill of the game so that player deposits result in more rake than ever before.

In conclusion, promises are promises. If you make them you really ought to stick to them – otherwise people will see you for what you really are. I was always taught to use this next word sparingly, but it was a favorite children’s taunt when I was growing up:

Imagine over 500,000 people seeing your wife call you out for not providing her with enough sex