Chris Moneymaker's Winning Hand at 2003 WSOP on eBay for $5K 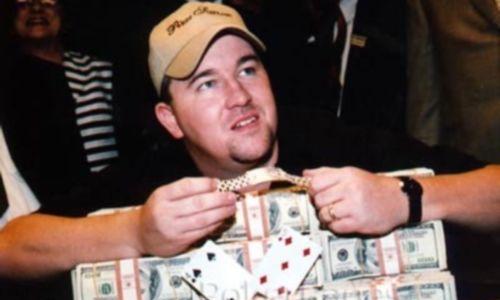 A piece of poker history is yours for the taking, as the final hand and deck of cards in use during the 2003 WSOP Main Event when Chris Moneymaker won the championship and set off a poker boom that saw the game's popularity explode, is up for sale on eBay.

This is not the first time that the bearer of that deck of playing cards has attempted to peddle his poker memorabilia on eBay. At least two other attempts were made, once in 2011 and again in 2013. The initial asking price was $7,500. After receiving no takers four years ago, the seller has apparently lowered his price.

From Satellite to Stardom

Most everyone already knows the story. Moneymaker won his WSOP seat via a PokerStars satellite, turning $40 into $2.5 million and prompting a wave of new players at online poker sites.

The amateur Moneymaker caught a full house on the river with his 4s-5d in the hole, eliminating runner-up Sammy Farha, a poker pro who was vying for his second WSOP gold bracelet at the time. Farha won two more WSOP titles in the ensuing 12 years, but was denied the championship in 2003 after shoving all-in on the flop with top pair while holding Jh-Td on a board of J-5-4 against Moneymaker. Farha was behind on the flop and could only make two pair after the river card was dealt.

The winning deck was secured by the seller, who claims on eBay to have been "working behind the scenes at Binion's Horseshoe" when the action went down. He was permitted to keep the historic winning deck, and "carefully placed all of the cards from that final hand on top of the rest of the deck, kept in sequence, along with the dealer's cut card, and put the complete deck back into the double Kem box along with the unused deck."

For those who may be doubting the legitimacy of the seller's claim, the playing cards come complete with a Certificate of Authenticity. Tournament director and 2015 Poker Hall of Fame nominee Matt Savage, as well as Chris Moneymaker, have signed the certificate. The buyer will also receive the ESPN broadcast of the Moneymaker-Farha heads-up duel.

The eBay write-up promotes this to be "a once in a lifetime opportunity to own the final hand, of the final event, of the 2003 WSOP." However, with no bids yet received and time running out in this auction period, odds are good that the famous deck will be available yet again in the future.