Roughly 44 million college students within the US currently owe about $1.5 trillion in student loans. One unnamed poker player isn't among them thanks to Art Papazyan and Live at the Bike poker streams.

Papazyan, who often can be found playing LATB cash games and is featured on a number of YouTube episodes, received a note from an appreciative follower last month who credited the poker pro for helping him pay off his college debt. It seems that watching Papazyan do battle on the LATB felt was an education that the college student could never receive in a classroom.

Art posted the letter he received from the poker-playing fan on social media: 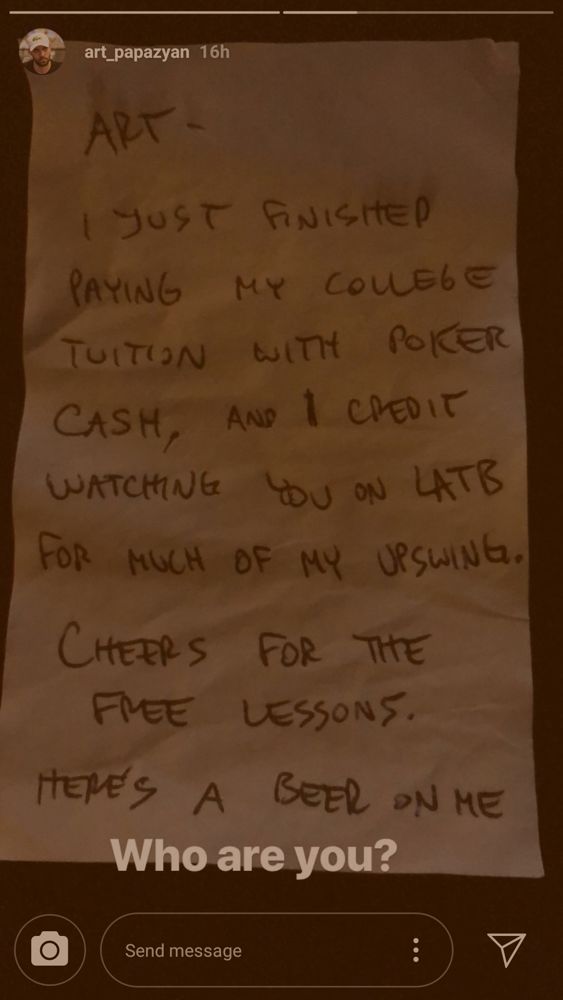 The popularity of poker streams and YouTube videos is increasing rapidly, providing another outlet for novice poker players to learn the game from some of the top players around. Some of those top pros may never know the effect that their play may have on some viewers, so it was nice of Papazyan to get his due.

Here's a video showing Art in action at Live at the Bike: