As Hot at The Table as He Is in The Kitchen!

Professional poker player David Williams is one of the contestants in the season seven of the cooking reality show called Master Chef that's currently airing on FOX network at 8 p.m. EST every Wednesday. David continues the small tradition of poker players appearing in the tv reality shows after the likes of Maria Ho (The Amazing Race), Daniel Negreanu (Millionaire Matchmaker), Jean-Robert Bellande (Survivor) and Vanessa Rousso (Big Brother). Master Chef is hugely popular and Williams's appearance on the show is a treat for the fans of his career, but it could also spell a small boost in the popularity of poker which is especially important given the state of poker legislation in the US today.

David Williams was born in the Arlington Texas on June 9th, 1980. While Williams is a fairly well-known and well-respected member of poker community he's not one of those players that immediately come to mind when we think about the most skillful or the most successful figures in the poker world. David owes the bulk of his popularity to the deep run in the 2004 WSOP Main Event just a year after Chris Moneymaker made the tournament hugely popular. Even though David ultimately lost to Greg Raymer in the heads-up he didn't end up being a one hit wonder (like so many other Main Even deep runners) eventually adding a bracelet to his collection of trophies and ending a successful string of high finishes on the WPT circuit with a 2010 championship event win. David Williams also appeared briefly in the poker reality show 2 Months, $2 Million and he's a regular in the annual NBC National Heads-up Poker Championship. He's currently occupying the 55th place on the all-time money list with $8,681,239 in tournament winnings.

Poker is not the only card game David Williams is known for. Like many other poker players ( Brock Parker, Justin Bonomo, Isaac Haxton, Scott Seiver, Eric Froelich, Gabriel Nassif to name a few) he started out as a Magic: The Gathering player and he continued his Magic career on and off along his poker career (he even started streaming some Magic matches via Twitch.tv before streaming poker became so widely popular). 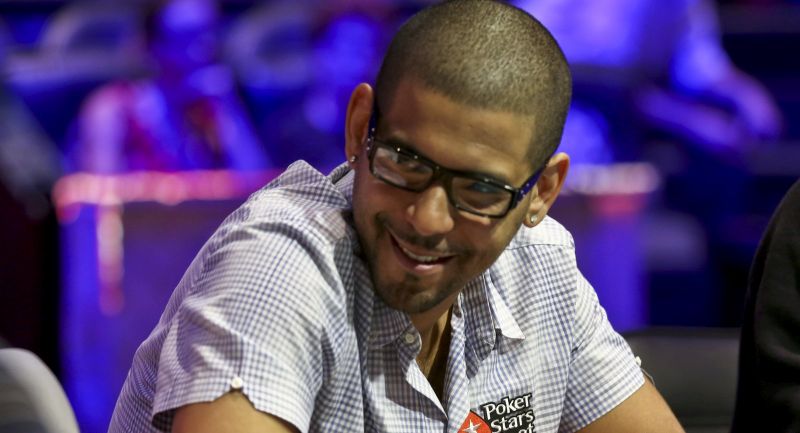 In his first Master Chef appearance, David received a fair bit of screen time. He was portrayed as a successful poker player used to living a "high life" ("playing poker, making money, eating good food") who transitioned into a well-adjusted, caring family man once his baby daughter was born. David compared the picture of him and his daughter to his WSOP and WPT trophies stating that it's more important to him. To receive a 'white apron' and take his place among the top 20 contestants in the Master Chef kitchen Williams was pitted against Joe - a marketing manager from Philadelphia in a tough cooking heads-up match. Both men decided to put their spin on a pork chop dish and while Joe's was arguably more sophisticated it wasn't executed as well as David's.

In the next three episodes William's received considerably less screen time which may or may not be the sign of things to come when it comes to his future on the show (Master Chef fans know that the fortunes in the kitchen can change dramatically over the course of the season). David managed to replicate highly technical dish of Gordon Ramsay in the third episode with some success and he was a part of the red team that won the first team challenge with its calm, cool and collected performance. 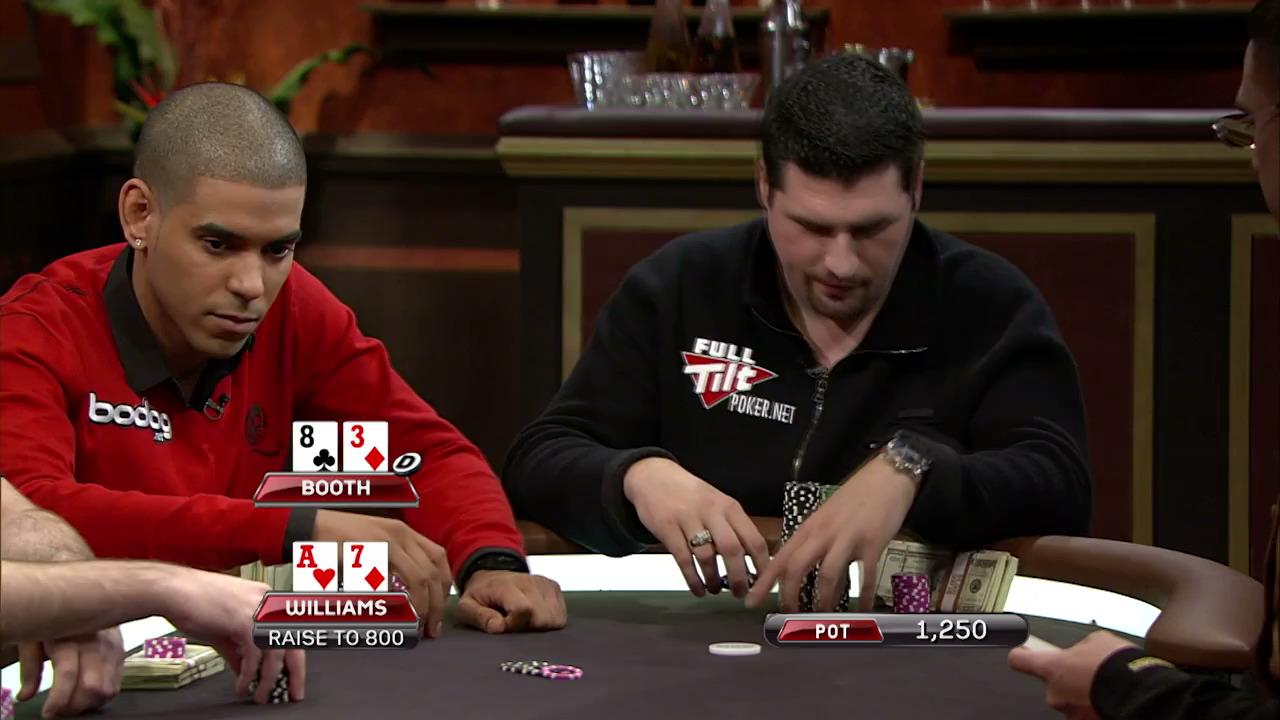 A Different Kind of Story

Human beings are a story animals. Every form of entertainment imaginable is either about the stories we are told (movies, books, video games etc.) or the stories we tell ourselves inspired by them (music, art etc.). So far poker was reasonably successful (more so than any other card game) at providing interesting stories for the public - from the talented kid seeking success in Rounders, through the accountant turning 86$ into 2.5 million the American Dream style to your classic card sharks, online grinders and even friendly neighborhood math geniuses nerd-gto-wizards that poker enthusiasts can admire.

David William's appearance in MasterChef offers us a different kind of story. It's about a loving, caring, well-adjusted family man who wasn't damaged by the years of "high life". It's about someone who didn't become a degenerate gambler or a grinder for life instead using the game of poker to become financially successful eventually focusing on what's really important to him (and a large part of society) - the family. David avoided being 'just one thing', he's a poker player, Magic: the Gathering player and loving father with a passion for cooking that allowed him to test his skills against some of the top home cooks in America.

Chris Moneymaker happened 13 years ago and at this point, it's pretty clear that the second 'zero to hero, American Dream style story' is not going to happen. Maybe, instead of looking for another Moneymaker we should be showing the world a bunch of David Williams type players who managed to combine poker success with the success in other walks of life.