Chris Moneymaker, the 2003 World Series of Poker Main Event champion whose unlikely journey from a satellite entry to the biggest title in the game, has signed a sponsorship deal with America’s Cardroom (ACR), the flagship site of the Winning Poker Network.

Moneymaker and ACR jointly announced the new deal via several social media outlets. The signing comes barely a month after Moneymaker and his former sponsor, PokerStars, parted ways, which ended a 17-year run for Moneymaker at his prior sponsorship.

Whether such a similar lengthy run for the popular Moneymaker at his new home is in the works remains to be seen, though the quick re-signing is proof of Moneymaker’s lasting impact and recognition within the game. According to Moneymaker, the new deal is a far better fit for his current lifestyle. His prior contract required him to travel globally, since PokerStars has little more than a toehold in the US market.

“I’m 45 years old, I’ve got three kids, I can’t not work,” said Moneymaker, in an interview. Though he was once employed by Deloitte & Touche, his accountancy days are long past. “I’m not qualified for anything anymore. I couldn’t do your taxes as good as H&R Block could. My only qualification at this point in life is, ‘Do you want fries with that?'” 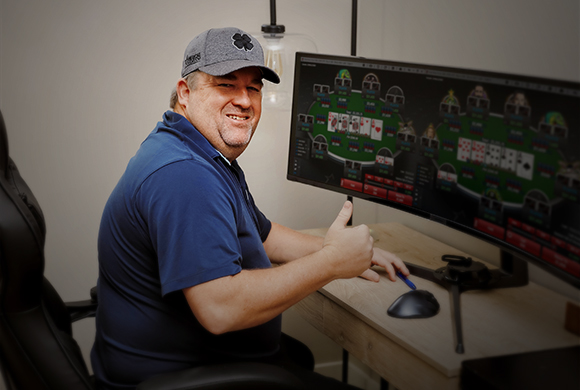 Moneymaker also reported that his new deal came about after discussions with WPN CEO Phil Nagy, and those discussions seemingly began before Moneymaker’s deal with PokerStars expired at the end of 2020. Moneymaker acknowledged already having been a frequent player on ACR, and that his difficulties in playing online for former sponsor PokerStars -- it required a trip of several hundred miles each way to New Jersey, or more recently, Pennsylvania -- were tough on his family and home life. That situation was made even worse by the realities of the ongoing COVID-19 pandemic, which made travel even more of a hardship for Moneymaker.

According to published reports, Moneymaker will become the “face” of ACR, and he will certainly be its most recognizable sponsored pro. He has already made his first appearances for his new sponsor on Twitch, with more planned in the near future.

As 2021 came to a close, so did Isaac “Ike” Haxton’s time as an ambassador for partypoker