The main focus here at PokerTube may well be on bringing players and fans the latest news and videos on the tournament scene, but one of the very best ways to unwind after a long and gruelling tournament is to chill out on the single player tables and there is no need at all to ignore your poker skills when doing so. As you’ll have noticed, many of the biggest online card rooms are attached to casinos and that’s because players generally just like to play, whether that’s against others or against the house. If you have noticed these online casinos at your favorite poker room but have never bothered to take the plunge, then this feature is for you, as we’re going to take a look at some great games to play that are still in the poker spirit, but are not subject to another player being better – or luckier!

If we’re not playing at the cash tables or in the tournaments, then you’ll almost certainly find us at the three card table. The game could not be simpler and the only skills that you’ll need to transfer from tournament play is knowing what the hands are worth. Flushes beat pairs and all of that kind of thing, but the simplicity is probably the best thing about this game – you’re still playing poker but you don’t really need to think, especially when playing online as the game itself will take care of all of the processing for you. 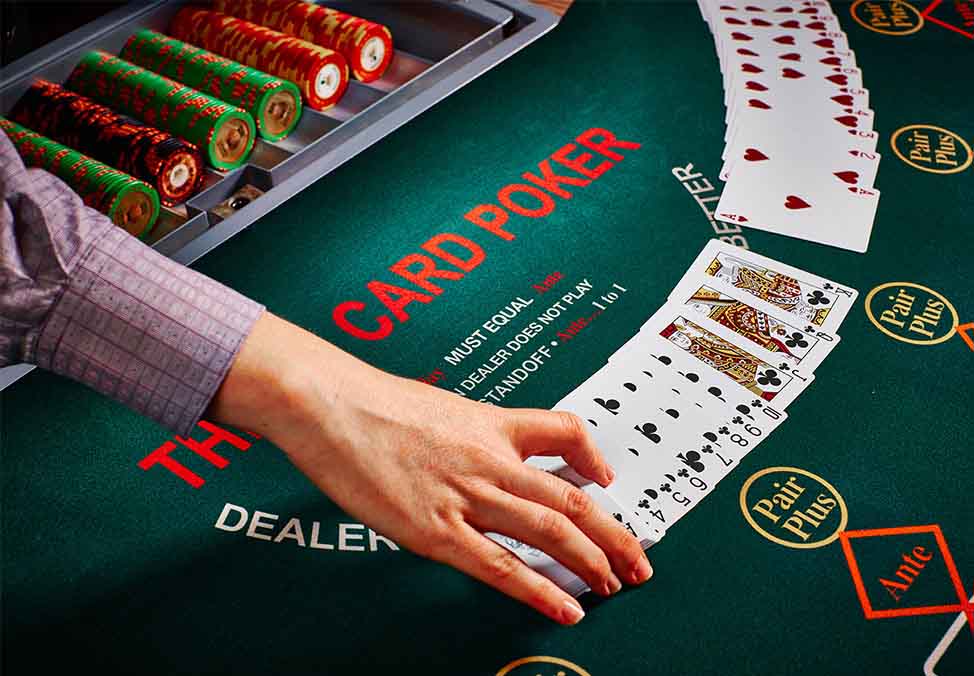 Let’s face it, one of the best things about poker is that you can pay a small buy-in and stand a chance, if the cards fall correctly, of picking up much more than you’ve paid. Progressive prizes at online casinos are generally closely associated with the slots, and they are a kind of game that many poker players shy away from. However, that doesn’t mean that you have to miss out on these big wins and one of the most popular progressive card games in the world right now is Progressive Caribbean Stud. You’ll play the game as normal in most cases, but place an additional ante bet too. If this additional bet is in play and you hit a Royal Flush, then you’ll win big at the stated odds and win even bigger with the entire progressive prize being yours for the taking.

Video Poker needs no introduction and it is fair to say that the game has had plenty of influence in casinos around the world for many years. As we mentioned with Three Card Poker, you won’t exactly need many of your tournament skills to get involved and enjoy yourself on these games, but one of the best things about video poker in general is that there are so many different games out there. You can go for the obvious and easy games like Jacks or Better or Deuces Wild, or go further with Bonus Poker and other variants that stand a better chance of keeping you on your toes. As with Caribbean Stud, there are even progressive versions of the game out there where players can take a shot at even bigger prizes for landing the biggest and best hands.

You’ll find all of these games right there on the casino side of your favorite card rooms, but if you’re really on tilt and don’t want to risk any more cash for the session and still feel like playing, you’ll also find a whole host of different card games and free poker titles on offer at some great sites that specialize in offering no deposit casino gameslike here for instance. The games themselves are exactly what players would expect to find at a casino, but with no accounts or cash needed, you can get all of the entertainment without any of the risk – which sounds like the ideal way to get over a bad beat to us!