Three weeks of action-packed poker awaits players. Different tournament formats and tons of prizes make this a festival you shouldn’t even think about missing.

Look at What’s Up for Grabs

Check out this summary of what players can win over the next three weeks in the Grizzly Games IV.

It all begins with the SC5,000 Opening Freeroll. A maximum 3,500 players will likely sell out easily and the fight begins for the prize pool detailed below.

For an extra bit of fun during the Grizzly Games IV Global Poker has thrown a curve ball into the mix with some unscheduled freeroll tournaments. Three pop-up freerolls will be running during the following dates between 12 noon and 8 pm ET, but the exact timings will be random. All players will get is a one hour warning the event is about to start.

The question is - are you feeling lucky?

Make sure you keep an eye on the lobby to avoid missing out on the free action.

The crowning glory of the Grizzly Games IV will be the Tournament of Champions. All winners of events leading up to the finale will be invited back on Sunday February 28 for one last shot at glory and a chance to prove they are the grizzliest contender of the series.

Global Poker always pulls out the stops to run these eye-catching events as a post-series finale.

The Grizzly Games IV isn’t just about the poker. Alongside the lengthy schedule of bounty tournaments and progressive knockouts there are also plenty of extras to pick up during the three weeks.

For starters, all winners of Sweeps Coin and Gold Coin tournaments will receive a Champions Pack. This includes a unique, newly designed trophy and a stack of Global Poker merchandise. 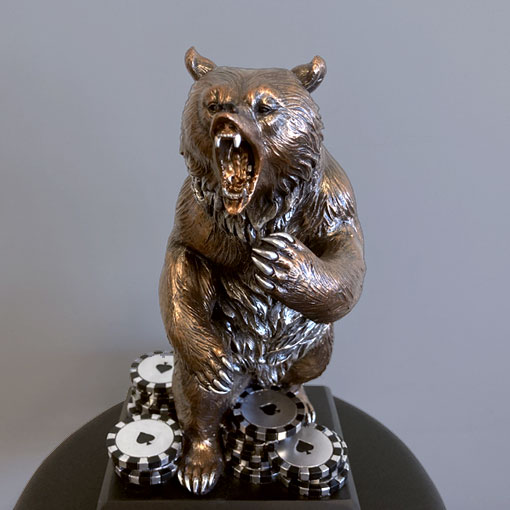 As well as all the Champions Packs and huge prizes, players can win special, exclusive avatars for use on the platform and as bragging rights.

The winners of the 102 Gold Coin events will also be receiving some branded bespoke apparel. Global Poker has gone the extra mile this time around and had the designers come up with some fashionable clothing with Grizzly Games IV specific branding. 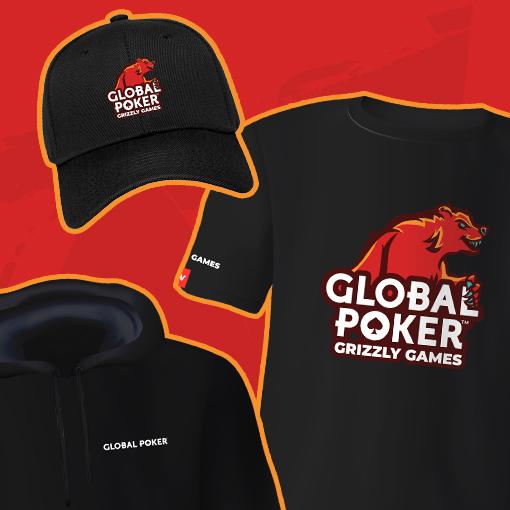 What Global Poker Is All About

Global Poker is a different poker platform than what most players are used to. They are a social poker site that sells a virtual currency called Gold Coins (GC).

When purchasing Gold Coins, some players may be given free sweepstakes entries by way of Sweeps Coins. Sweeps Coins cannot be purchased and are always available free of charge via one the many alternative methods of entry at Global Poker.

Sweeps Coins (SC) can be exchanged for prizes that include real money.

So don’t forget to keep your diary clear during February as there will be plenty of action going on over at Global Poker with tons of prizes waiting to be won.

Is New Jersey the New Sports Betting Capital of the USA?

The sports betting industry in New Jersey is booming

The History of Gambling in the United Kingdom

Gambling has a long, interesting history in the United Kingdom

In June 2021, the Canadian government signed into law a bill which legalised sports betting on single events for the first time in the nation’s history

How to Start to Play Holdem OnlinePromos