Has Poker Become More Popular Than Cricket Betting in India?

There seems to have been a bit of a recent shift in the Indian gambling industry that has seen Indian gamblers switch from betting on cricket to playing poker. At first glance, it might seem that there is no apparent reason for this shift, but on closer inspection, there are a few reasons as to why this is happening.

More Opportunities and a Much Bigger Audience

When compared to cricket, there is no doubt that poker has a much bigger audience. There are always constant poker events happening in the industry, and poker fans always have something to look forward to just around the corner. With cricket, on the other hand, there can be long periods of time where the Indian cricket team are not in action.

Additionally, while a cricket game can be completely ruined because of bad weather, this is never the case regarding poker because it is always played inside. Poker fans, unlike cricket fans, never have to sit there twiddling their thumbs, wondering when the rain will stop, and the play can resume. If you are watching cricket and play ends up getting suspended because of rain or bad light, you can entertain yourself by watching these great poker movies.

Poker reigns supreme when it comes to sports betting, and this helps it provide more opportunity and attract a bigger audience. This, in turn, means that the atmosphere that people experience when playing online poker is better than that which is experienced when betting on cricket online. People place bets on sport because they are looking for a fun atmosphere and plenty of entertainment, so those that offer plenty of entertainment can be certain of becoming more popular than those that provide less.

In a game of poker, many twists and turns can happen, and there is a lot that one can learn to improve their chances of winning at poker. A game of poker can be won or lost instantly, which is something that cannot be said for cricket.

Also, in a game of cricket, especially in the Test format, there can be long periods where not a lot is happening. While cricket fans do not mind this as we feel that Test cricket is the ultimate test of a player’s skills and mental ability, we know that there are many who find such periods in a game to be quite boring. Thus, since something is always happening in poker, there are many Indians who feel that it is a superior game for betting on as it can be more exciting to watch and place bets on.

There is a reason why poker is so popular all over the world, and this is its innate ability to draw people in and get them hooked, meaning that they will always come back for more. When a sport is more fun, it stands to reason that people will change allegiance and start betting on it instead. 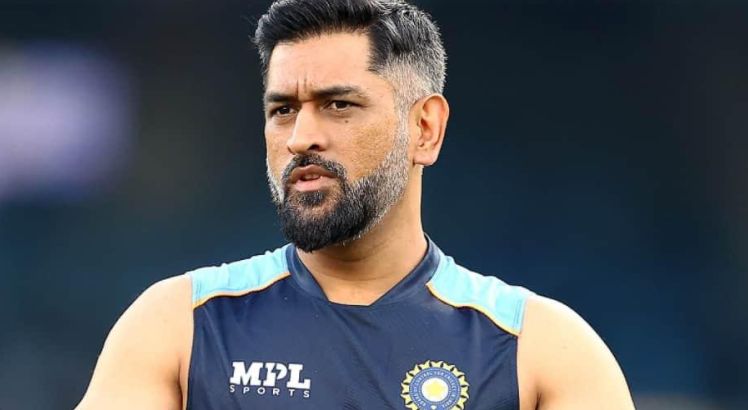 When MS Dhoni announced to the world that he was hanging up his bat and retiring from international cricket, there would have been countless tears across India. He is one of India's best ever captains and is seen as a God among men throughout India.

Many Indians would more than likely happily follow him off the edge of a cliff to their deaths, so when he announced that he now likes to try his hand at online poker, we do not doubt for one second that a lot of Indians decided that they would also give it a shot. So, we do not think that is it too far-fetched to declare that rise in popularity of poker in India can be put down, to some extent, to the fact that MS Dhoni is a well-known poker fan.

For what it is worth, we feel that Dhoni would make an excellent poker player. He was really successful as the captain of the India cricket team because he has a great ability to remain calm while under pressure. In situations where other captains would crumble, Dhoni would stand tall and lead his side to victory more often than not. Just like in cricket, poker will ask questions of a person's attitude and poise, which can end up being the difference between being a winner or a loser.

A Quick Sum Up

Overall, people get more excitement from betting on poker and not cricket, and this is more than a good enough reason for many people to switch to it. There is a much bigger community when it comes to poker betting, and there are plenty of big poker tournaments for fans to bet on and get involved with. Also, poker often has better odds on offer than cricket, and this is obviously something that can have an impact on what sport a bettor decided to place his money on.