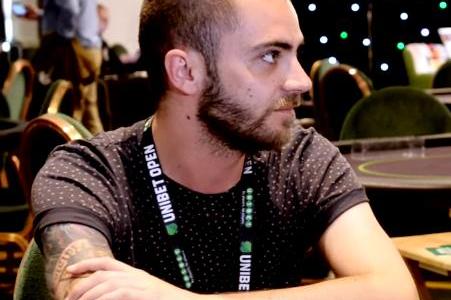 Why is Unibet, as a company, placing so much faith and investment in poker?

Although Unibet is primarily known as an online sportsbook & casino, poker has been a part of the company for a long time. I think there was a feeling of frustration here, back in 2013, because the poker industry wasn’t heading in the right direction, and poker at Unibet was declining as it was almost everywhere else. If that had continued I think it would have reached the point where there would have been little reason for us even offering online poker. Because of that, a decision was made to put a lot of effort into a new approach.

It's refreshing to see the whole Unibet poker project coming together, from the creation of an independent site with new software to the Unibet Open. But what are the biggest challenges you're facing?

The new platform was built in a really short time, and the legacy of that is that we’re still suffering from some teething problems when it comes to stability. However, work to improve that has been ongoing since re-launch in 2014 and we’re confident that there’ll be huge improvement there over the course of this year. Aside from that, the biggest challenge really is growing from a small base and trying to help shift the online poker paradigm – we’re investing in ways to keep new players alive for longer, but historically the industry has done the opposite by focusing all of their efforts on attracting high volume players. Our rewards are quite different from other sites (high rewards at the low and high end, lower rewards in the middle) but for good reason, and again that’s something that players might not instantly realise is improving their own experience.

Where do you see Unibet in five years compared to Pokerstars, 888, and other major poker brands?

It’s hard to say where the other major poker brands will be, but we’d be happy to keep growing and improving every year. If the online poker market stays as it is then we’ll probably be happy with a solid second place in the traffic rankings, but we’re ambitious and won’t allow complacency to creep in at any point.

Going on from the question above, what's the plan for getting there?

The plan has to be quite dynamic, as the industry is likely to change a lot and we’re trying to react to player feedback as much as possible. We’d like to help introduce the game to new players and are aiming to create as many new players as possible, rather than just relying on existing players coming over from other sites. First and foremost though, we have to just try to continue to offer a poker site that people want to play at, and tailor as much of the site as possible to feedback from players.

Do you plan to accept other brands onto the Unibet platform, eventually becoming a network?

These kind of decisions take place over my head, so unfortunately there isn’t much I can add there. I think if that did happen, it would have to look a lot different to how poker networks have functioned up until now.

What direction is the poker industry heading in?

I think most people in the industry now realise that the old model wasn’t sustainable in the long term and that ecology has to be a primary focus. Everyone has their own ways of reacting to that change in thinking, and it’s interesting to see each site respond in a slightly different way. I’m sure it has to be a positive thing for the health of the game long-term, and with Black Friday and most segregation having already happened, I would hope that the darkest days of online poker are now behind us.

How has the marketing plan for Unibet poker changed since you joined?

I think it’s been a gradual change rather than an overnight shift in thinking, which started long before I joined. We’d like to help make the game fun again, so hopefully that comes across in a lot of what we offer and the message we put out to players. As I mentioned earlier, we’ve probably tried to alter which players we try hardest to acquire – our main focus so far has been creating new players from scratch

Will we see the Unibet Open continue to grow in terms of participants, prize pools, and overall grandeur?

I think so; the team that handles Unibet Open events has a lot of ambition to not only grow but to try different locations and to add new things which add something special to each event. If we continue to grow as a site then that should also only help to increase attendances at those events, as Unibet Open packages are given out directly through Challenges (our reward scheme).

Events such as the Unibet live cash-game featuring some big names really drew some mainstream attention. Does Unibet have plans for creating or backing any poker TV shows?

We would like do something similar again and hopefully will at some point in the not too distant future. There are a number of different things we’d like to try, and hopefully tied in with the online platform – they’re not really things I’d like to give away yet though.

What's your opinion on the Twitch poker scene?

I think there’s plenty of natural crossover appeal between poker and a lot of the other games covered on Twitch. I think we’ve yet to see the potential of that realised, whether it be by Unibet or any other poker site. We have a lot of fun running the Unibet Open coverage on Twitch and we have some regular streams running weekly now, but we’d definitely like to expand that in the near future. Poker probably hasn’t grown as quickly as many had hoped on Twitch, but when we look back and compare the Twitch poker scene of now in 2017 or 2018 it will look a lot different.

Is online poker in a better place now than it was 2-3 years ago?

Yes and no. A lot of sites are still declining, as is the overall market, but at least we are starting to see a different approach from a number of sites now (obviously including ourselves) and that can only be good for the long-term health of online poker. 2-3 years ago it still seemed as if sites were unsure of what the way forward should be, now it feels as if many of us are at least pulling in what we believe is the right direction. I hope that players continue to get more and more vocal about the direction they feel sites should go in; as a community we are a lot more knowledgeable than we were 10 years ago and have been through enough ups and downs to be able to form pretty reasonable opinions on what the way forward should be.