Another entry for the category of "dumbest criminals ever" was revealed in a Montana courtroom when Duane Burchill was found guilty of robbing the Magic Diamond Casino two times within the same week.

A jury took just over two hours in returning a guilty verdict on two counts of robbery and two other felonies after a three-day trial in which testimony revealed that Burchill donned a mask similar to a character in the film “The Nightmare Before Christmas.” Burchill's take in the two September 2016 robberies was a combined $1,500. 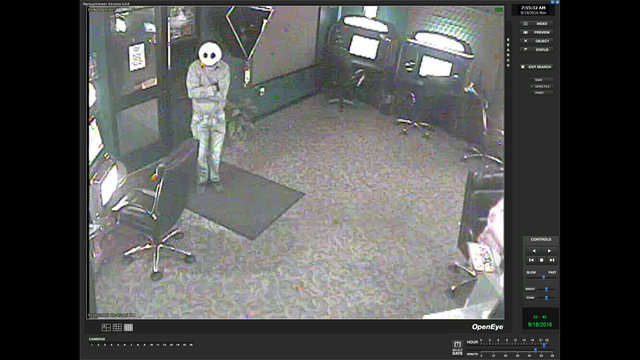 The defendant was done in by an informant who testified that Burchill asked him for a ride and got into his car while holding a wad of cash and a Jack Skellington mask, as well as a number of witnesses who recognized Burchill as per his mannerisms captured on tape via the casino's security set-up. It didn't help that Burchill's mother fingered him in a recorded telephone call too.

“I don’t know how you’re going to prove you’re not there," said Mrs. Burchill. "The pictures look like you.”

Burchill's lawyer tried to argue that his client had been framed, but the jury would have none of it. When the authorities searched Burchill's car and house, they found clothing that matched that of the suspect, as well as the gun used in the crime - complete with traces of his DNA.

Oh, and they also found the Pumpkin King mask the perpetrator used in the robberies.

Sentencing is set for Sept. 12 in front of Gallatin County District Judge Holly Brown, according to the Bozeman Daily Chronicle. In addition to the robbery convictions, Judge Brown will also take into account that Burchill was found guilty of possession of dangerous drugs and conspiracy to commit deceptive practices when determining a punishment that fits the crime.