Poker history was made last year by Park Yu 'Sparrow' Cheung, who finished in the money in 68 live poker tournaments, smashing the previous record of 56.

The Hong Kong native, who also happens to fulfill chairman duties at the Hong Kong Poker Players Association (HKPPA), outdueled Taiwan's Pete Yen Han Chen, who made 59 trips to the cashier cage in 2017. Both players beat the 56 cashes of John Zentner III, the old record accomplished in 2013.

PokerTube broke the story of Cheung's new record this year back in November when he achieved a running total of 62 cashes. The final two months of the year saw Sparrow earn poker paydays six more times, including a 2nd place finish in the HK$6,600 Suncity Cup in Macau for HK$1,445,528 ($185,052) - the best cash of his career money-wise.

35 Consecutive Months in the Money

Cheung's record-breaking season saw his live winnings skyrocket to $1,237,607, positioning him in 9th place among his Hong Kong compatriots. He also cashed in every month for the second year in a row and currently has a streak of 35 straight months of cashes. Sparrow's outstanding 2017 also includes a title in the Macau Poker Cup HK$50K in February that boosted his bankroll by HK$981,500 ($126,503).

The HKPPA, which actively promotes the game of poker and accepts players from all countries, could not have a better representative holding the title of chairman. Cheung is the organization's co-founder, along with Lun Lau, Alan King, Ray Chiu, Jason Lo, and Stephen Lai. 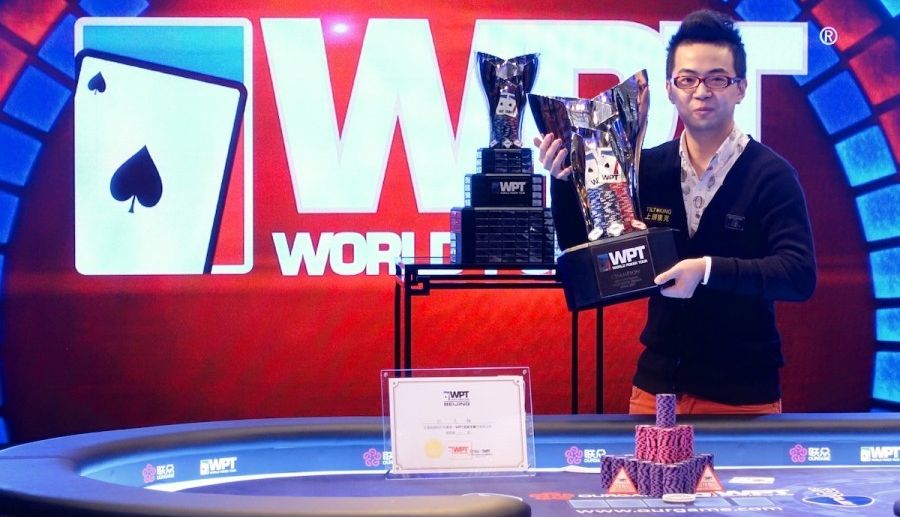 Chen has career live earnings of $1,729,433, good for 3rd on Taiwan's all-time money list. He and Cheung were at a final table together at the Venetian in Macau last November. Chen landed one pay jump ahead of Cheung's 3rd place finish in a HK$5,000 Bounty event that attracted only 31 runners, according to the Hendon Mob database.

Over the summer, Chen nearly tasted his first WSOP victory, falling short and finishing in 2nd place to Andres Korn in $5,000 NLHE. That runner-up showing was his largest cash to date, $382,122.

The all-time cashes record over a career belongs to Men 'The Master' Nguyen, who has hit pay dirt 475 times over three decades of action. He is trailed by John Anthony Cernuto with 455. Cheung's career total is 189, while Chen has finished in the money 159 times.