Dan Bilzerian claims to have been a broke college student before he discovered poker skills that allowed him to become a wealthy man.

"You have to go broke to respect the money," GQ previously quoted him as saying. "And I had a style where I could make a lot of money if I had self-control."

The King of Instagram also once told shockjock Howard Stern that he went through a 12-month stretch where he won $50 million playing high stakes poker. Believable? There are certainly plenty of doubters, as many assume that Bilzerian's massive wealth is attributable to being the beneficiary of a trust fund set up by his corporate-raiding father.

There really wasn’t any way to prove or disprove the validity of Bilzerian’s claim regarding his poker prowess. Until now. 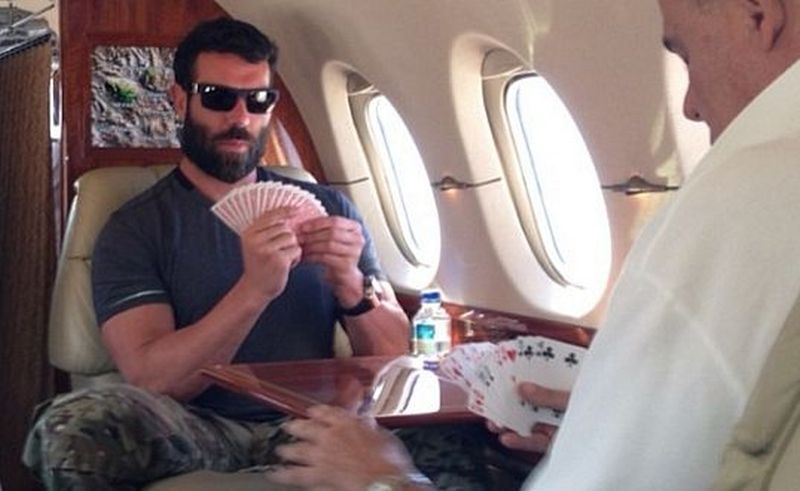 Of course, it’s possible that he could have done well in high stakes poker games against inferior opponents. Doug Polk admitted as much in a recent YouTube video where he analyzed Bilzerian’s play.

Doug Polk set out on a mission to determine whether the social media sensation has the poker skills that would permit him to win the amount of money that he claims to have won. The proving ground was the Twitch stream of Bill Perkins, who permitted King Dan to sit down and play on his Americas Cardroom account.

That happens to be multi-accounting and is not permissible under the Terms of Conditions of that site and likely every other poker site under the sun. But Bilzerian has in the past shown a penchant for doing as he pleases, the right or wrongness of his actions be damned.

Polk scrutinized Bilzerian's poker play, analyzing some of the hands and making appropriate comments with regard to his actions in certain situations. Truth be told, it wasn't the Instagram hotshot's finest moment.

Watch the video and see for yourself. Granted, it was only $10/$20 heads-up, but Bilzerian was lacking in both fundamentals and discipline, making it extremely hard to believe his story of winning $50 million.

"I think that maybe he can beat some high stakes very soft live games," was Polk's professional opinion, "but on the Internet, he's a fish in the water."

The Upswing Poker co-founder was actually being kind, giving Bilzerian the benefit of the doubt. But that wasn’t the end of the story, as a couple of publications, most notably Ladbible.com and Sun.co.uk, interpreted Polk’s analysis in an entirely different way.

“Instagram star Dan Bilzerian is ‘living a lie’ claims poker expert who says the playboy’s card skills were NEVER good enough to net him millions,” read the headline of The Sun.

Actually, Polk said nothing of the sort on the YouTube video, and he and Joey Ingram had a good laugh about it on Ingram’s “Poker Life” podcast. Polk told ChicagoJoey that he was misquoted in those articles.

“All I’m saying is that he doesn’t play very good,” Polk insisted, pointing out that he merely gave a fair assessment of Bilzerian’s play and said it was up to others to form their own opinions on whether or not the social media star with 20.6 million followers was capable of winning $50 million based on that small sample.

As for being misquoted, Polk didn’t seem to mind, as the stories have practically gone viral and have breathed more life into poker.

"In this situation, like, it’s not like that big of a deal,” Polk told Ingram, with regard to his quotes being totally fabricated, “because he probably is a fake.”