What Would it Take to Make Poker an Olympic Sport?

Could you imagine competing at an Olympic games for the chance to win a gold medal for your country in the discipline of Poker? The concept might at first appear unlikely, but with the International Mind Sports Association (IMSA) now officially recognized by the International Olympic Committee (IOC) this could see sports more previously seen as mind pursuits or games make applications to be included as the Olympic sports of the future.

The IOC has a number of stipulations before a sport can be considered suitable to become an Olympic sport. A sport must have its tournaments administered by a non-governmental organisational that oversees at least one sport. They must then incorporate the required in and out of competition drug testing and presumably demonstrate a good record in this area in terms of management and discipline when infringements are discovered. The sport must also have a broad appeal and be popular with women too.

Poker as a Skill Game

Poker must develop a clean cut and professional image if it wishes to make the grade as an Olympic sport. We all know that shaping the image of poker has been an ongoing challenge for the game, but organisations such as the Global Poker League work to present a more sports-like feel to the game and since 2009, the International Poker Federation (IFP) has promoted poker as a mind sport. With the IFP holding observer member status with the IMSA, now IOC approved, and are working with Harvard to research mind sports there is tangible gains being made towards poker being seen as a game of skill rather than chance.

To reach Olympic status the proposed sport must be a sport with a broad base that is played by women as well as men. We know poker has some way to go to get gender parity but with an estimated 150 million players playing poker worldwide, poker seems fine in terms of player numbers and participation. I consider this box well and truly ticked.

Poker has struggled to be seen as a skill game never mind a sport. Sports at the Olympics are usually endurance and stamina based showcasing the very best athletes at the peak of their physical condition. The sports have world records which, if broken, the new record holder is seen as having made a huge accomplishment.

Poker is more of a game, like Pool, Snooker, Chess, none of which are current Olympic sports. But there is a silver lining for poker which can be found in golf! There is a physical aspect to golf where you walk to your next shot, however, golf is primarily a technical game and it’s inclusion as an Olympic sport in 2016, won by Great Britain’s Justin Rose in Rio, could be a landmark moment for the type of sport approved by the IOC moving forward.

The IOC definition of a sport is clear and, fortunately for poker, does not stipulate that the sport should be endurance based. Their definition is:

"Olympic Sports are all the events sanctioned by one international sports federation and may be divided into several disciplines, which are often regarded as separate sports.”

Currently there are poker tournaments around the world with similar but different prize and blind structures. I think things would need to be more uniform in order to persuade the IOC towards adding poker as a future Olympic sport.

It seems unlikely to me that the current poker tournament circuit will be seen as acceptable. Poker would need to come up with a specific version of the game which participants can play and the requisite testing model and worldwide appeal can be built. As I write this I note that the status quo, however, may represent the best chance for poker as to start from scratch would mean poker would need to build from the ground up in terms of participation.

One idea could be a heads up format where teams of five players play one heads up match, best of five games in each heads up match. In order for the skill element of poker to come through, each hand would be randomly selected but every table would get the same hands. I.e. hand 4 on table 3 would be hand 4 on table 2 and so on, regardless of the time taken. Each match would eventually be won 3-2, 4-1 or 5-0 once play was complete, making a draw impossible. 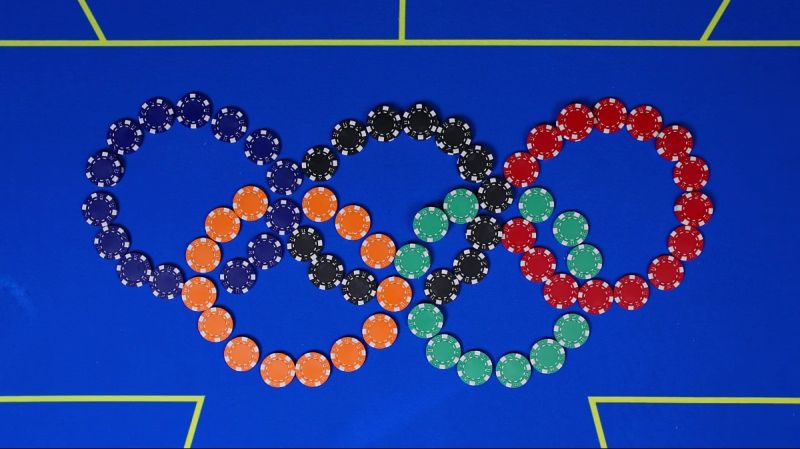 The Problems for Poker

But we are getting ahead of ourselves. Poker remains very far away from becoming an Olympic sport. Whatever your view of poker as a sport is, the uncomfortable reality for poker is that it remains owned by gambling companies with all the perceptions associated with this ownership. For this reason I feel my format puts forward the skill elements of poker more than the accumulation of chips for financial gain.

Another problem for UK players in particular would be if poker was cited as a purely skill game to bring about olympic inclusion, UK poker players can kiss goodbye to the tax-free status they currently enjoy. Would this change be welcomed for the sake of putting together a five man male and female olympic team once every four years? I highly doubt it.

In many ways poker is similar to chess and with the World Chess Federation (WCF) is already recognized by the IOC, I therefore think that chess will be recognized before poker will be. But if the WCF choose not to apply, perhaps poker could be the game changer. Time will tell. I personally don’t think poker will be on the Olympic roster anytime soon, but in 10 to 15 years, who knows? A gold medal may well be as coveted, if not more so, than a WSOP bracelet in years to come.