Normally we would not comment on the signing of a poker player to a sponsor. It’s hardly news, even if years ago anyone who won a bracelet at the WSOP would be signed by someone, usuallya poker room and even though today it is very difficult for a poker player to find sponsorship. So big deal if Brazilian poker professional Andre Akkari has secured a sponsorship.

However, wait a moment. It is newsworthy, because Akkari’s sponsor is none other than the German footwear giant, Puma, rather than an online poker room, which is the standard source of sponsorship for a player lucky enough to be selected. 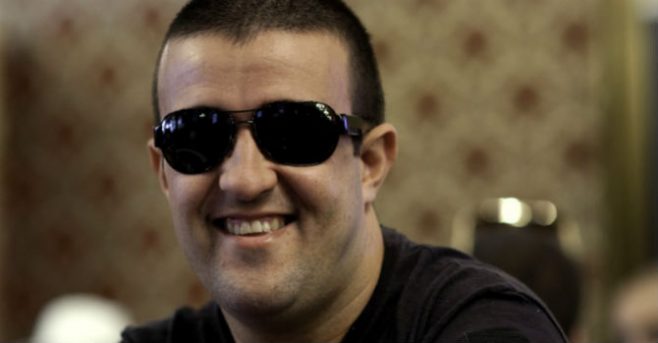 If you have not heard of Akkari, you might wonder why Puma have chosen him as the first poker player they have sponsored. First off, Akkari has a big following in Brazil which is a lucrative market for any brand and it could be big money to gain a commercial foothold there. Secondly and perhaps just as importantly, Akkari is good friends with Brazilian football star Neymar Jr, himself a PokerStars Team member, so there is another box ticked for Puma.

In Brazil, probably everywhere else too but certainly to a particularly intense level in Brazil, the adoration from the general public towards their sports stars is massive. This is perhaps due to the reality of their everyday lives, which for some can be difficult, so the people really get behind their idols and hope to emulate them in every way they can as they strive for a better life. Puma senses an opportunity in both poker and Andre Akkari and they have moved in.

Secondly, Akkari has a solid resume of poker achievements. Combining his online and live winnings has seen him earn around $5 million and his best live cash is $675,117. He won this big score when he captured a WSOP bracelet in 2011 in the $1,500 No Limit Hold’em. In this event he beat 2,856 other players to the big prize and he has consistently cashed in many live events since that time as well as remaining a proven winner online.

Even with Akkari’s strong record in poker, I give credit to Puma for thinking outside the box. This is the first major high-street brand to get behind a poker player, but there have been signs for some time that this is the direction poker has been heading. I wrote some months back that PokerStars had signed an agreement with Team eLiquid to dip their foot into the eSports world and Vanessa Rousso had a deal with GoDaddy, the internet domain name provider. 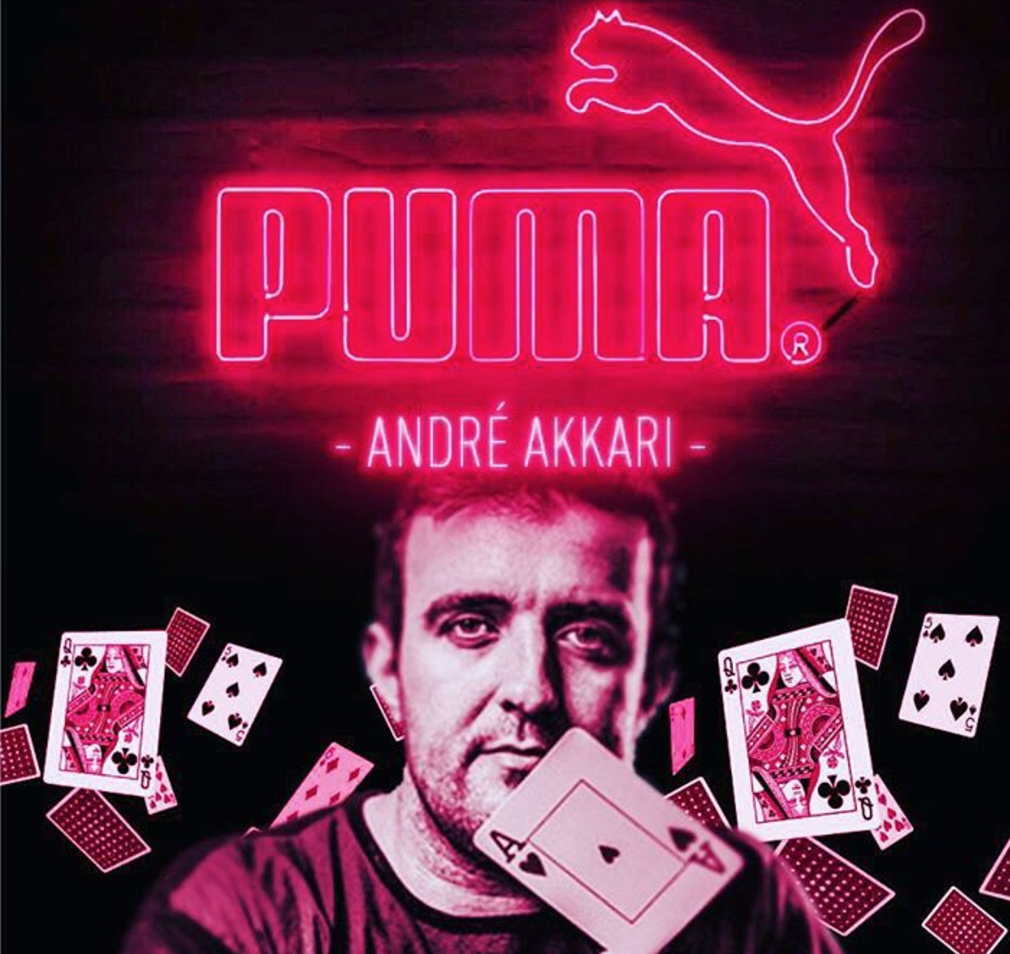 We will probably see more and more brands sign poker players in the future as they realize the potential of poker as a vehicle to put their brand in front of people who, by definition of being poker players, are likely to be happy to make impulse purchases. Would you not want to offer a product for around $100 - $500 to people who are happy to put more than $1000 into a poker tournament? I would.

Can you imagine a Nike shoe being made called ‘Air Hellmuth’? It might not be as crazy or as unlikely as it sounds! I’m pretty sure Phil himself would like it!