Tom Dwan and His Fiancé in Australia

Online poker legend Tom Dwan has been spotted in Australia with his fiancé. However, according to durrrr they didn’t go down there for the Aussie Millions - they are just there to watch some tennis.

Before last year Dwan was virtually completely absent from the highest levels of professional poker, both live and online, spending most of his time playing untracked high stakes cash games in Asia.

Durrrr first showed vital signs again in March 2017 when he came in second in the HK$500,000 MBP Spring Challenge Super High Roller in Macau, cashing in a major tournament after three years. In August, he also returned to the US, playing cards in front of the cameras again on the new and revived installment of Poker After Dark.

In light of all that, when his fans heard he is in Australia they had every reason to be hopeful he might buy in for one of the tournaments at the Aussie Millions - the event series where his last ITM finish on record came from before his three-year hiatus. But they soon had to be disappointed as Dwan made it clear on Twitter that he’s playing “almost no poker” down South, rather enjoying some tennis, watching the Australian Open.

Dwan and soon-to-be “Mrs. durrrr” seem to have a great time in the Australian summer away from the tennis courts as well as evidenced by the photo Bianca Rossi shared through Instagram account “durrrrswife”.

There may be some hope for durrrr-fans who want to see their favorite player on the felt after all since the location Rossi gave on Instagram, St. Kilda Beach is only a few miles away from the Crown Melbourne Casino where the Aussie Millions is currently taking place. And in case  Dwan chooses to skip the Aussie event series altogether, there’s still a chance another big gun, Phil Ivey jumps into the action - he was photographed on a plane to Australia recently but haven’t played any tourneys yet.

Dwan first made a public appearance with his now fiancé in July at the grand opening of the Maestral Casino in Montenegro. They can be seen here alongside Chinese businessman and high stakes poker player Paul Phua. 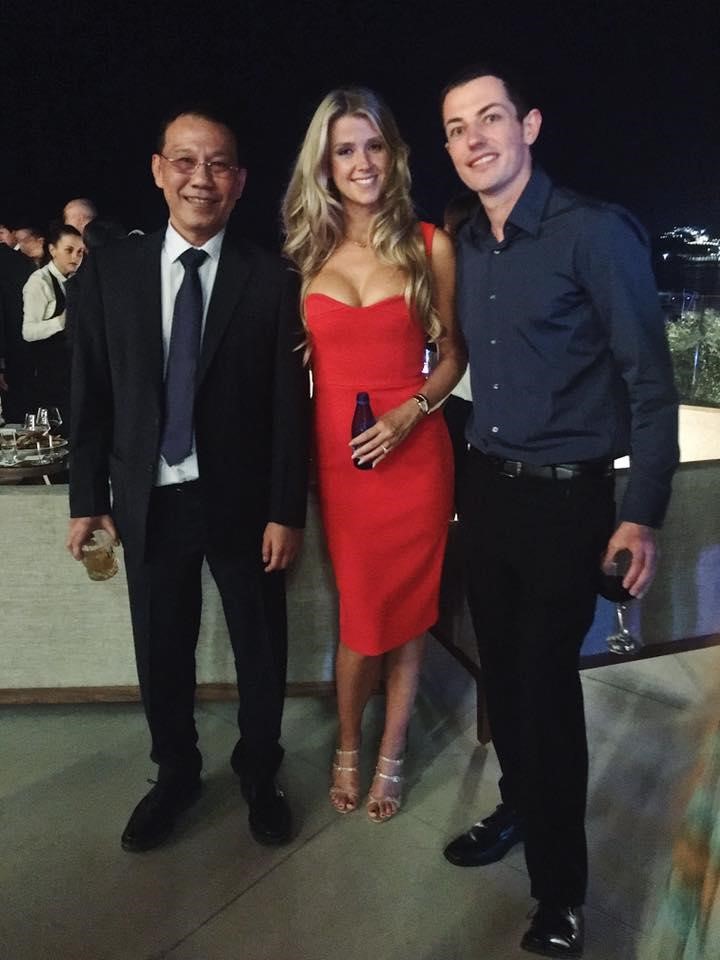 In November, while reporting from the third King of the Hill heads-up championship PokerTube’s own Pete Manzinelli spoke to Dwan’s personal friend Brandon Adams who broke the news that Dwan and his girlfriend are engaged and planning to move back from Macau to Las Vegas.