When you spend your whole life betting and raising, the habit can be hard to break. In an old TMZ story that resurfaced recently, Antonio Esfandiari proved that. The story featured in Sportscasting listicle, but Sportscasting only got half the story.

When BLUSH opened in Vegas back in 2007 it made sure that its floors were packed with celebrities, including Esfandiari and basketball legend Kobe Bryant, and its wine cellar was packed with Cristal. The two guys’ entourages ended up combining thanks to a mutual friend the real estate mogul Manny Koshbin.

When Kobe, who passed earlier this year, saw Esfandiari order the group two bottles of $1,400 champagne. Kobe, taking the gauntlet raised him another five bottles. Esfandiari made it ten total. Kobe shoved for fifteen, making for a tab of at least $21k. Here is where the Sportscasting story stops.

But if they had done a little digging they’d have found a TMZ story that printed Esfandiari’s response.

“Even though Kobe Bryant and his friends were having fun with my friends,” Esfandiari told TMZ. “the fact is his party only ordered approximately 15 bottles of Cristal at $21,000, whereas we bought 26 bottles with a bill of $34,731.” 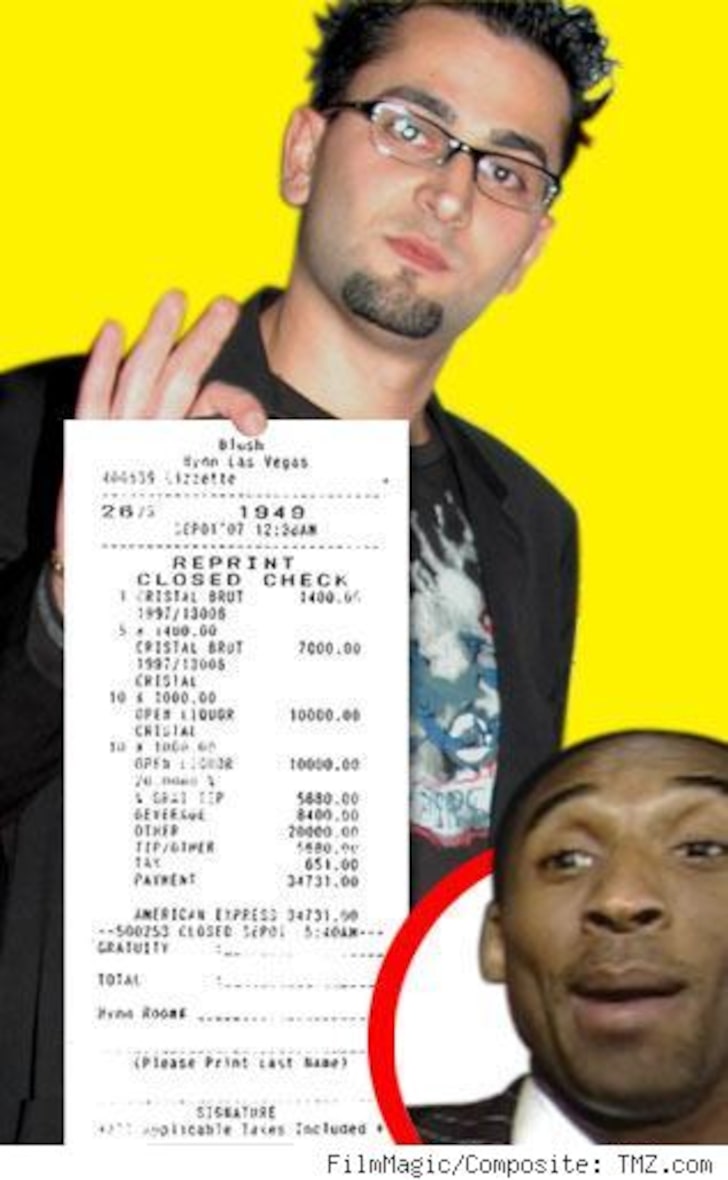 That doesn’t even include the $6,000 tip on the copy of the receipt he sent in. The prize for a victory like that is bragging rights, a foul look from your accountant, and one hell of a fizz-hangover.

Wearing a Mask to Your Poker Room: What to ExpectPoker Gossip & Opinion