For any avid gambling player, getting the right kind of playing cards for their poker games is very important. While all of them may have the same actual content, they can differ significantly from one another based on who has manufactured them. There are different materials to keep in mind, too, as well as different aesthetics.

That is why getting the best playing card deck is a priority for many people. This is very important for some players. They will look for the right deck of playing poker cards to choose the best one. Playing cards can alter how a game feels and is played, enhancing the experience for gambling fans and making them feel more invested in their games.

Let's take a look at which card poker decks are the best. AussieBestCasinos experts, who review the best Paysafe casino Australia, have prepared this list for you. Maybe you'll find one that you like if you are tired of playing with standard playing cards. 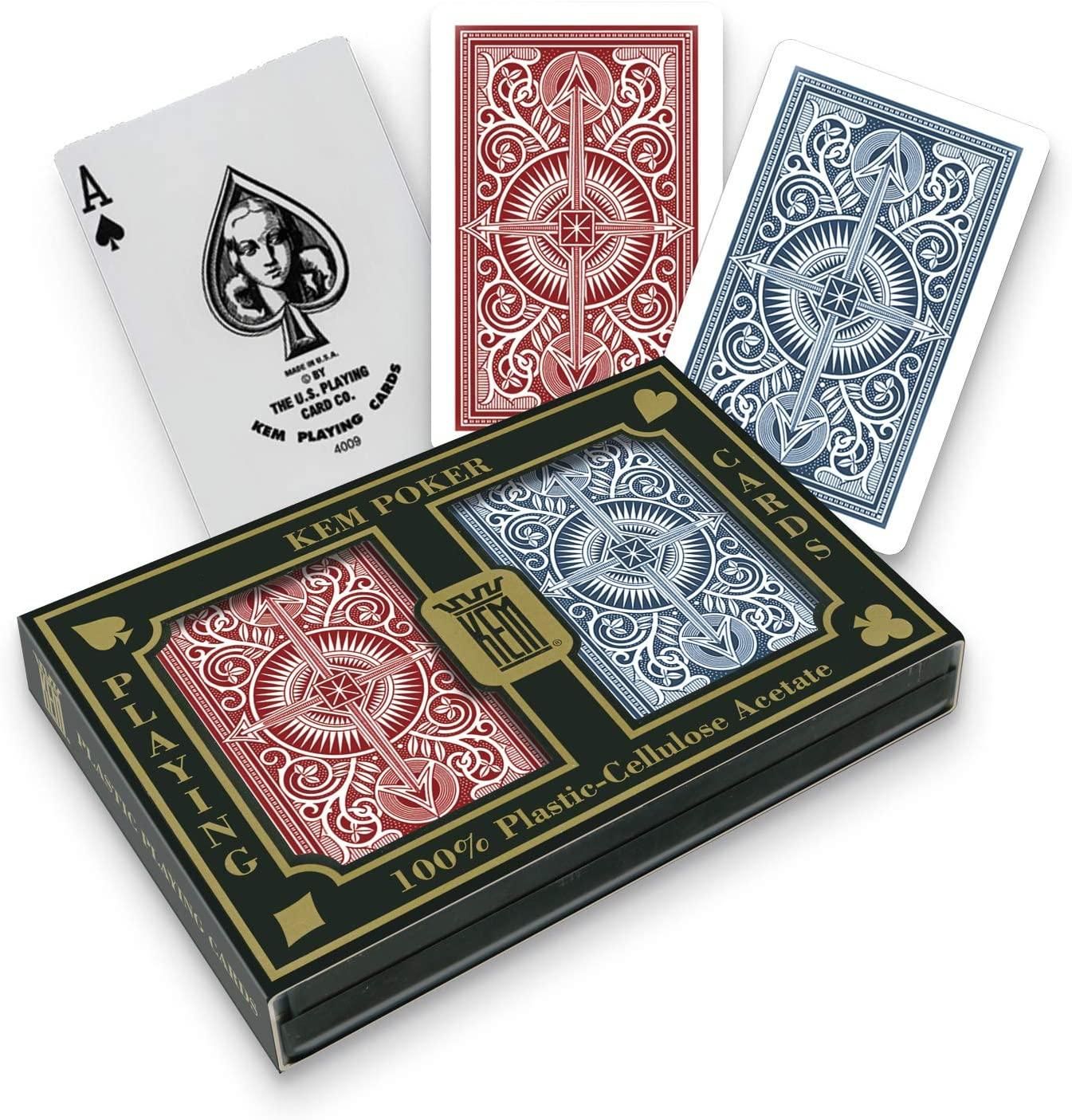 KEM is a company that has been around for a very long time. It started creating cards in the 1930s and has a proud history of being the company that developed the first-ever plastic playing cards. These were more durable than before and quickly became popular among poker players. It also led them to be used by soldiers during the Second World War as the quality material could easily handle both the humidity of jungles and the abrasiveness of desert sands.

These became so popular, in fact, that their design also became quite a standard in the industry. Even though the US Playing Card Company purchased the copyrights for KEM cards, they continue to be the top choice for many. This company also makes a very cool line that blends the qualities of both PVC and paper cards into one. These are created with 100 percent cellulose acetate and are highly long-lasting - perfect for those who like to host regular game nights and don't want their best playing cards to be bent out of shape. 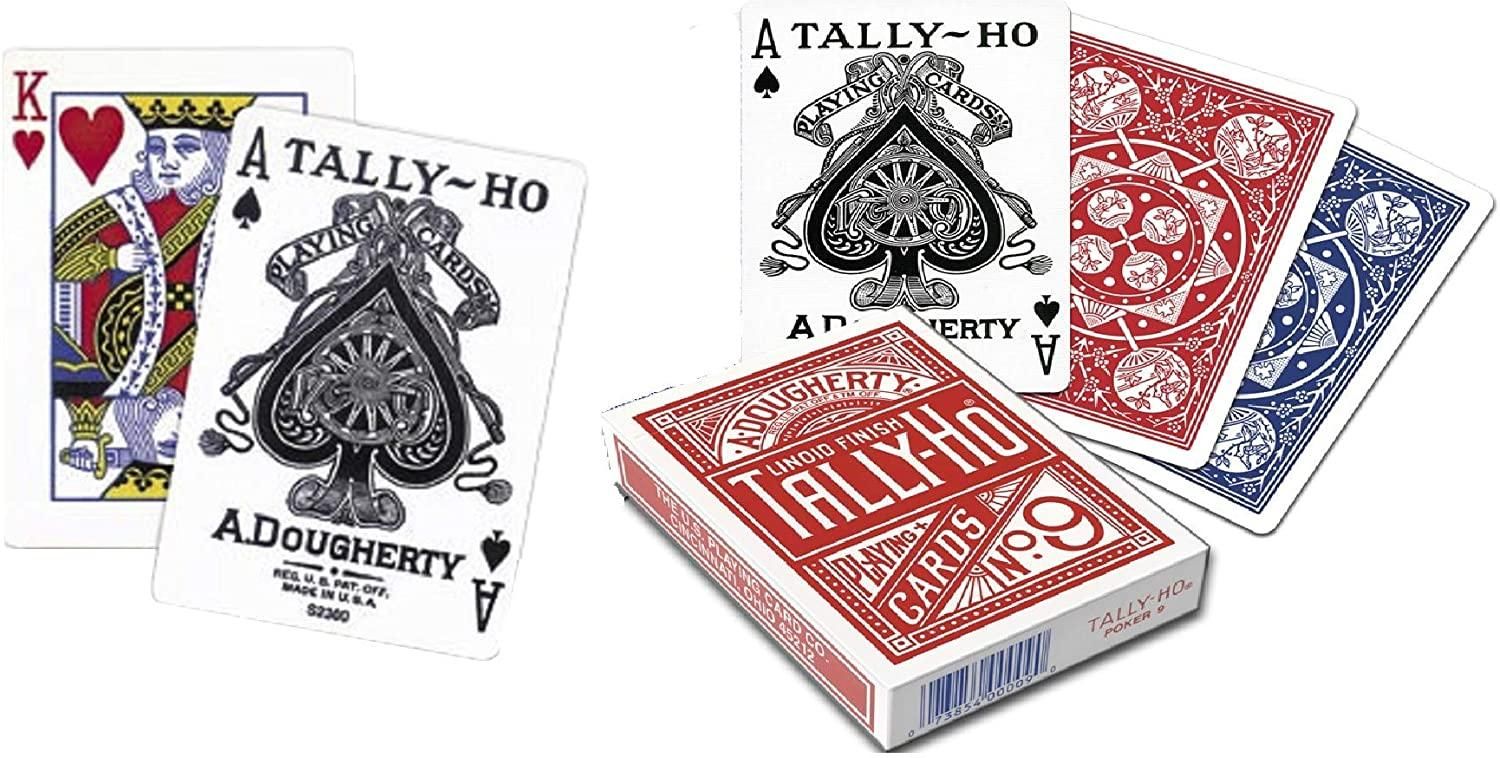 If you like visual design, you'll love Copag's offerings. The company has a very long line of products, each with interesting designs on its rear. The backside of the deck may have native Brazil art, the company's logo, or even abstract art. This also brings a level of personality that is missing from many other brands that have high quality plastic cards but not enough of a visual variety to excite people.

This visual aesthetic has attracted even the players from the online casinos. Gamblers choose this poker cards design when playing poker at eCheck casinos. This is confirmed by an exploration by LeafletCasino experts, who conducted a survey to create statistics report on the popularity of poker card designs.

Other than their visual aesthetic, these offerings are also highly tough. They are created from 100% PVC plastic which makes them tear-resistant. They can bend and then come back to their original shape very easily. They also don't crease or get marks which leads to a fair game at all times. 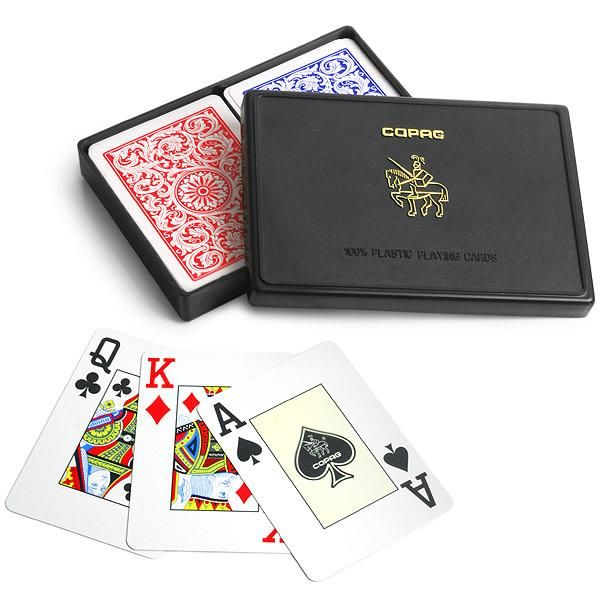 If you are familiar with online casinos Ireland which are some of the most reliable, you'll be happy to know that these popular playing cards were created by an Irishman. Andrew Dougherty started making them in the 1840s. His designs were not to everyone's liking but he managed to make the brand successful anyway.

The two main things that Dougherty brought to the design included curved corners and double-sided faces. The former innovation made it easy to hold them and also led to the edges becoming more long-lasting. The latter ensured that players didn't have to hold them in any one direction for them to be upright. 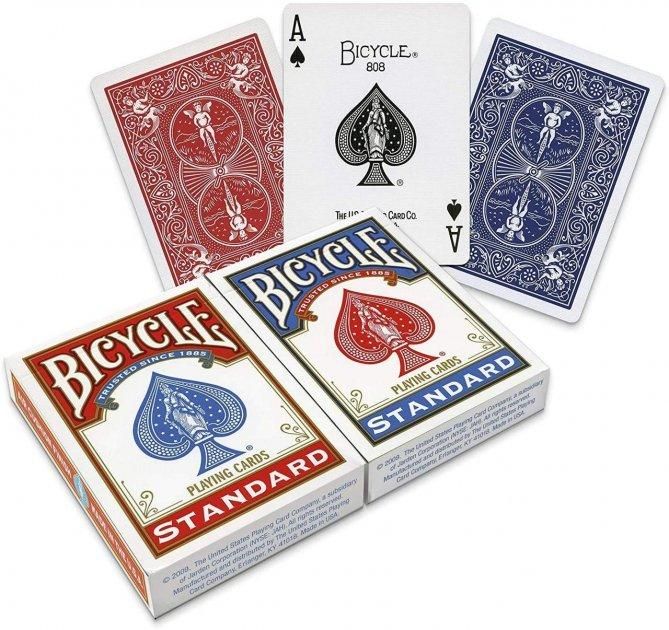 One of the most popular playing card brands, Bee has existed since 1892. They have a very distinct diamond-patterned backside. Professional players have repeatedly noted their quality.

A great thing about this deck of cards was that the backs were borderless. The diamond pattern extended to all the edges, without any border cutting it off. This led to a seamless visual aesthetic that also helped people do better magic tricks featuring regular cards. 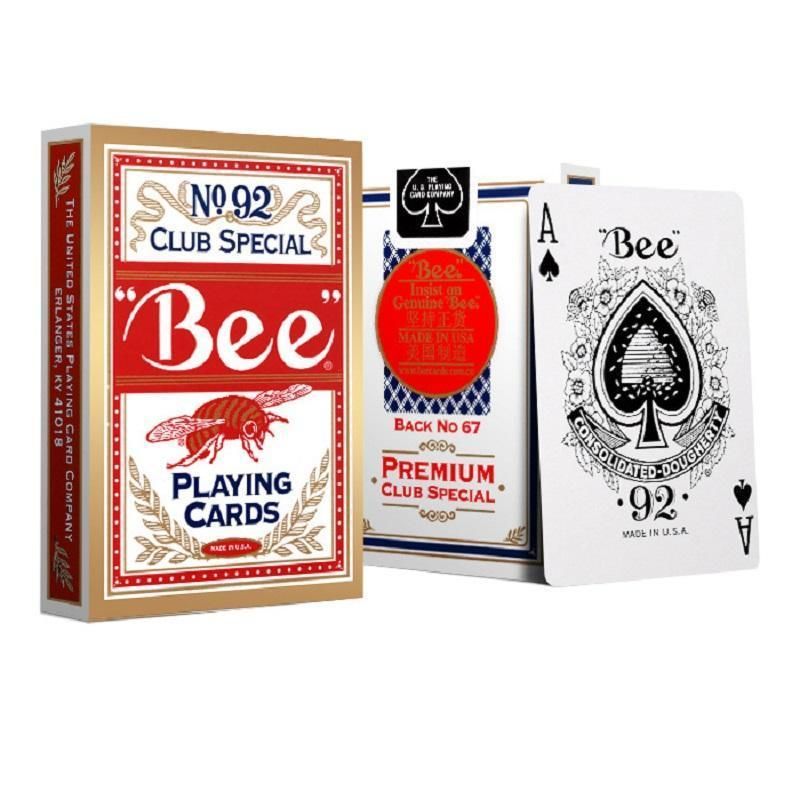 This company was founded in 1867 and was renamed the United States Playing Card Company in 1894. Whether you play poker or one of the many types of poker games, you may have already heard of Bicycle.

Bicycle is one of those brands that have a long history. The company became extremely popular in the years that followed its rebranding. It even created special decks that were sent to Americans who were imprisoned in Germany during the Second World War. These decks contained plans of secret escape routes.

Today, these playing cards for poker are famous for their signature on the Ace of Spades. The company has produced plenty of lines, perfect for a poker cards game night where you want to show off your special poker playing cards.

Whether you like to do card tricks in your hand, or indulge in a poker game or another card game, having a nice set can make the experience much more fun. There are many other kinds that you can get. Like the popular Modiano playing cards or the Maverick standard playing cards, depending on which card games you enjoy when sitting at a table with some friends. So, before you get the poker chips out for the next tournament, check out some of the options in this list and see which one is the right balance of size, material, and price for you to add some flair to your game nights.

Louisiana Senator Gets 22 Months for Gambling Away Campaign Funds