When the Biggest Game in Town came out in 1981, it was probably the biggest game in poker books. Written, implausibly, by an English poet and critic Al Alvarez. It is a sort of rambling state of the game sort of account. Like long magazine journalism.

It doesn't have the forward motion, or Gonzo journalistic self-aggrandizement of Big Deal, written by his close friend Antony Holden. Very little of Alvarez’s own poker obsession goes into the book, instead he tells the story of various characters, and generates a completely compelling account of the atmosphere of the game.

As an author Alvarez has a slightly annoying tick of resorting to somewhat jarring literary references. He is the kind of writer who quotes Chaucer in slightly odd places, and describes his cast of real life characters with phrases like: “looking like fleshy West Coast version of Saul Bellow” or “her profile is somewhat aquiline, like Samuel Beckett’s.”

I have read Saul Bellow’s work, and still couldn’t immediately bring to mind what he looks like, let alone a fleshy West Coast version. 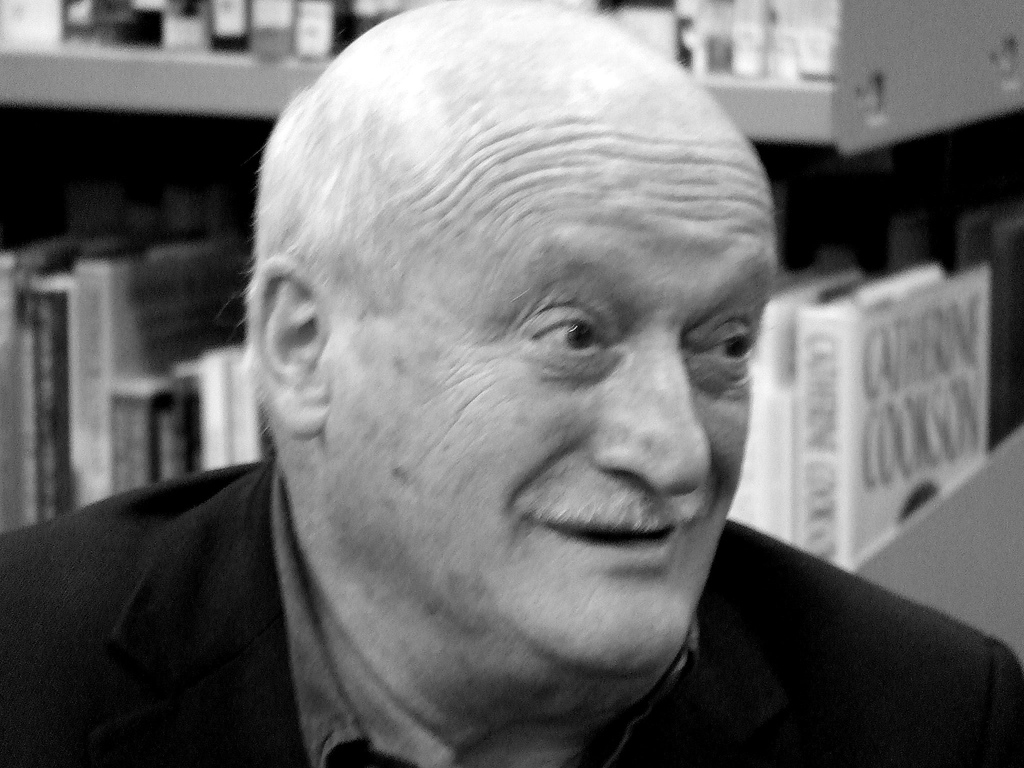 Threaded through the book is Alvarez’s mixed feelings about the city of Vegas itself. He talks about one man he meets was sentenced to Vegas for five years by a state Judge. Instead of prison time for gambling illegally, the law sent this reprobate to somewhere it was legal. Though perhaps that man didn’t get off so lightly.

Eric Drache – who was once described as the man who was the seventh best in the world as seven card stud but who would only ever play against the other six – describes his life as being 50% just throwing ante’s into a pot.

"It’s easy to enjoy it,” he tells Alvarez. “I can kid myself I’ll use the money for something more interesting than poker.”

He’s not the only one who seems to be suffering from the grind of it all. And yet there is still a wonderful glamour to the game as portrayed by Alvarez. Perhaps precisely because of the spiritual hardship of the world. These are our explorers and adventurers, instead of life and limb, they risk their minds and happiness. One of his interviewees says of Vegas:

"It strips away your spirituality.”

Because when it comes down to it, this is a job and an addiction all in one for many of these players. The atmosphere of the WSOP is described as “strangely sexless” despite the many escorts and masseuses to easy hand during the event. Alvarez notes after being hit on in an elevator:

"Odd, not even to have been tempted.”

Perhaps he learned from another of his characters:

But he also feels the upside of the game, the book is full of the metaphors that have always abounded in sport, and which are given a layer of mysticism by the vagaries of chance in poker. He discusses the game as form of psychoanalysis, as metaphor for life, as a source of self-knowledge. Few other journalists would so boldly fling around discredited Freudian terms like ‘sublimation’, but Alvarez gets away with it because he is a poet. 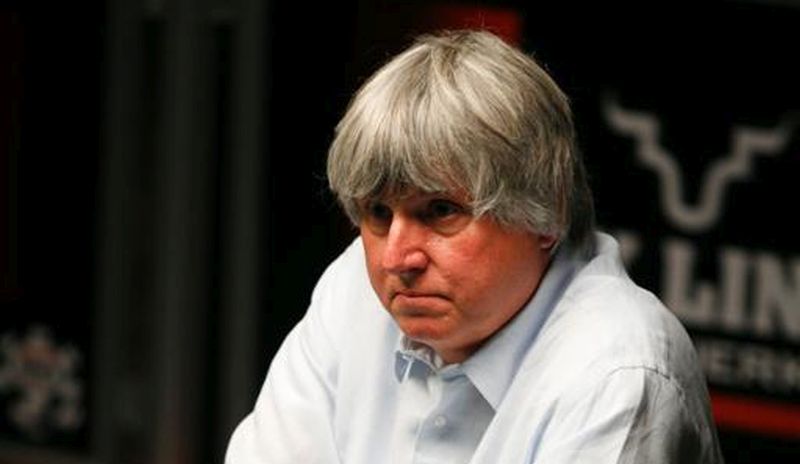 If there is a heart to the book, it is found in Doyle Brunson. With his antebellum Texas manners and lip-sucking smile. His portrayal in the book is of someone almost childlike in his approach to life. He has a sweet tooth, a kind smile, a mild faith in Jesus, and a sort of self-deprecating way of talking that clearly appeals to the English Alvarez.

He’s also somewhat unpredictable, turning on Alvarez over his late arrival but in the end, Doyle is one of the few geeks and weirdos out of early 80s Vegas that one might actually want to spend time with.

It was interesting too to read about Doyle’s political aspirations back in the 80s. The tone of which makes some sense gives his out of character support of Trump - Doyle is a sucker for the outsider politician. He says:

"It would be interesting to see what a man could do if he didn’t give a damn about his political career.” 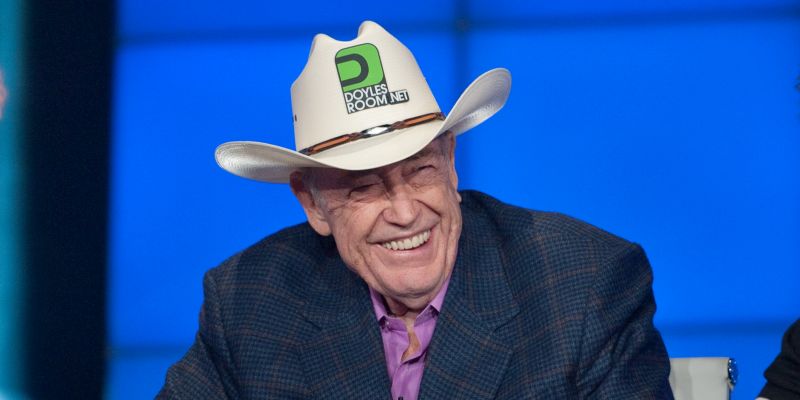 Doyle and Drache are just the most likeable in a huge cast of characters. Alvarez is like an anthropologist, digging up types of gambler and subjecting them to scrutiny. Childhoods are briefly analysed, life philosophies more so.

So, the book ends up full of the kind of phrases and stories that fill every poker book to follow this. The Biggest Game in Town is the Ur-text of every poker book that followed. Within its slender 180 page span Alvarez conducts the interview which gave us the famous line about the man who invented the poker chip being a genius. Few writers that have followed him have picked up on Alvarez’s own poetic commentary on that line:

"The chip is like a conjuror’s sleight of hand that turns and egg into a billiard ball, a necessity of life into a plaything.”

His characters – real people, but on the page somewhat constructed – are full of folksy sayings that belie their cutthroat philosophies. Jack Straus says in one section:

"If they had wanted you to hold onto money, they’d have made it with handles on.”

One doesn’t really feel he means his own cash, so much as the suckers.

But it is Johnny Moss who can be credited with the best line of the book when he set up Teddy KGB’s line with his description of Stuey Ungar:

"That boy,” Moss says, “has alligator blood in his veins.” 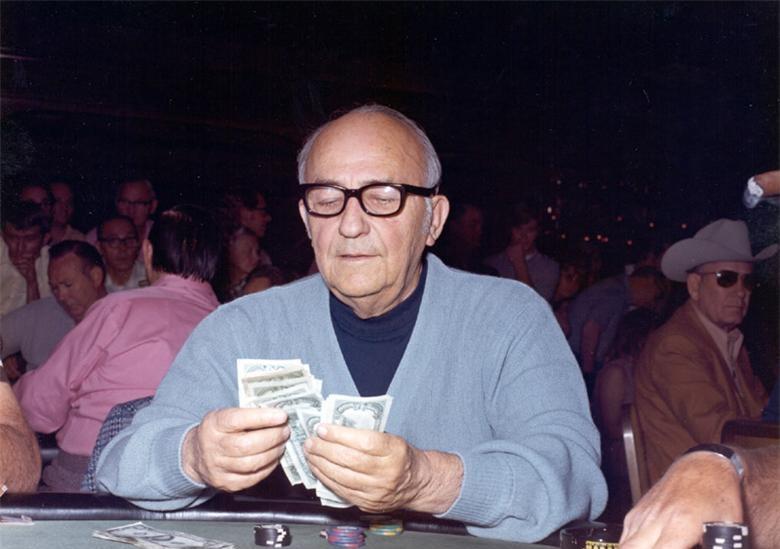 In the end, the success of the book is probably as much with its ability to communicate a niche world to a wider audience.

It probably isn’t aimed at poker players – though it played well with this particular one – after all, as the book claims:

We’ll see about that.

TrueGeordie $3000 Poker Game: The Kick Off