Did Someone Try to Rob Doyle Brunson?

He may be 83 years old, but anyone who comes looking to rob poker legend Doyle ‘Texas Dolly’ Brunson is in for a big surprise – a .357 Magnum surprise if his latest robbery story is anything to go by!

The double Main Event champion took to Twitter, explaining in a series of tweets that he believed a neighborhood heist was intended for him, adding that the ‘idiot’ who robbed his neighbour in Vegas’ southwest valley had expected a $700,000 share of the gunpoint theft.

A police officer just left my house. There was a robbery a few doors from my house last night. the robber told the guy he knew he was

a poker player and got him in his garage. that was probably meant for me. Don't these idiots know we leave our money at the casinos where

we play? He told the victim his cut was supposed to be 700,000. WARNING...I carry a pistol with me at all times. When I come home I get out

of my car with a gun in my hand. I have all kinds of silent alarms, motion detectors, etc. Plus I'm 83 years old, have been good with guns

all of my life and am not going to be robbed again. 5 times in my life is enough! So any aspirations of trying had better be reconsidered!!! 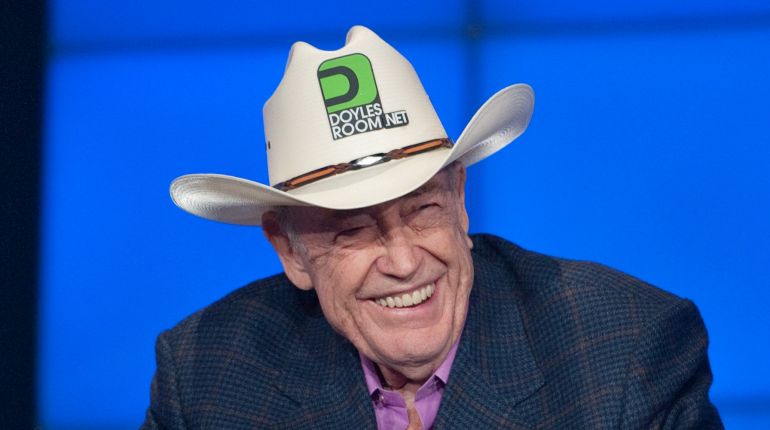 Brunson explains that he was spoken to by a Metropolitan police officer early on Friday morning, and a dispatch log for a robbery in his area notes that a robbery was reported at 8:56am, Metro spokesman Jesse Roybal confirming the robbery but refusing to provide additional details.

Brunson, however, was not shy about sharing what he knew, tweeting afterwards that:

The robber got about $500 from his victim and said he was going to kill his informants for giving him the wrong house.”

His story received many well-wishing tweets in response from among his 400,000+ Twitter followers, but the one which really caught the eye was the following….

…to which Brunson replied…. 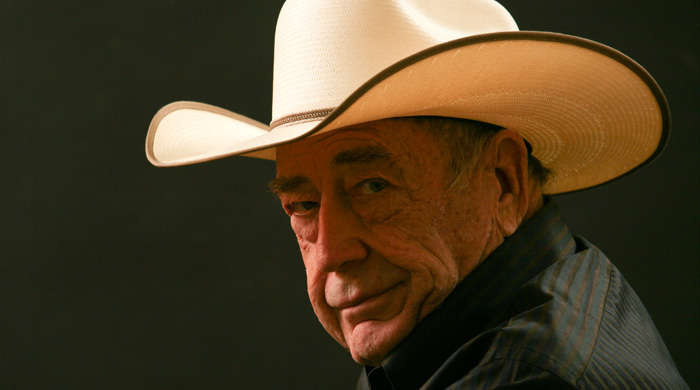 As he states above, the multi-millionaire poker pro has lived through five previous robberies – and back in 1998 he went into great detail about one where he faked a heart attack to confuse thieves who had beaten him and handcuffed him to his wife Louise.

They told me, 'you're going to die' about four times," he said, adding that his heart-attack acting role was to distract the robbers from the fact he didn’t keep big money at his country club home. "I just knew that if I didn't have any money here to give them, they'd be awfully mad."

In spite of this, the robbers did manage to escape with $4000 in cash and $80K in chips which he had won earlier that week at the WSOP at Binion’s Horseshoe.

According to the Las Vegas Sun’s report from the time:

While handcuffed to his wife… he was able to dial 911 on his cellular phone, but was put on hold. Eventually, he was able to reach police, but they arrived at his house long after the robbers had fled."

I was really mad that I had gotten knocked out of the tournament (in 10th spot),” Brunson told reporters, “and maybe I wasn't as careful on the way home."

He added of the chip theft:

They’ll have a tough time cashing them in, but If they call me, I'll buy them back at half price.” 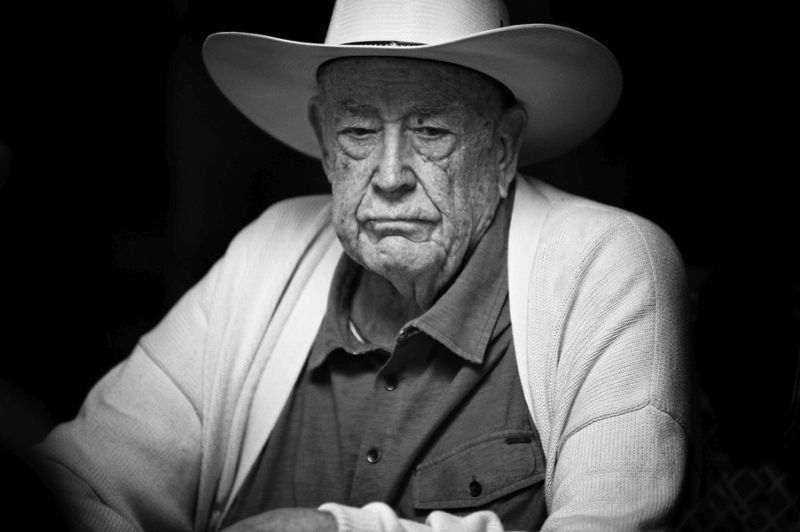 Brunson may have suffered the most robberies of any famous poker pro, but as this article I wrote earlier this year shows, he’s not alone in being targeted for his winnings – with murder, mayhem and missing millions topping the horror story list of poker robberies gone wrong.