Flopping a flush was just what the doctor ordered and Doc Sands played the hand perfectly, enticing Kelly Winterhalter to shove all her chips in the middle on the turn with two pair.

The river brought no help to Winterhalter and Sands took down the $11K pot in the $25/$50 cash game with optional straddle hosted by Poker Night in America at the Thunder Valley Casino Resort in Lincoln, CA last January. Joining Sands and Winterhalter at the table were Rep Porter, Bob Mather, Jerry Utke, Phil Hellmuth and Lee Markholt.

While the talk at the table focused on why Hellmuth has not yet competed in Seniors tournaments where the competition may be somewhat slow and weak compared to events open to all ages, Sands concentrated on locating his next victim. Doc found one in Jerry Utke, but needed a favorable river card to send Utke to the recovery room with his pockets containing $5,000 less than when he sat down. 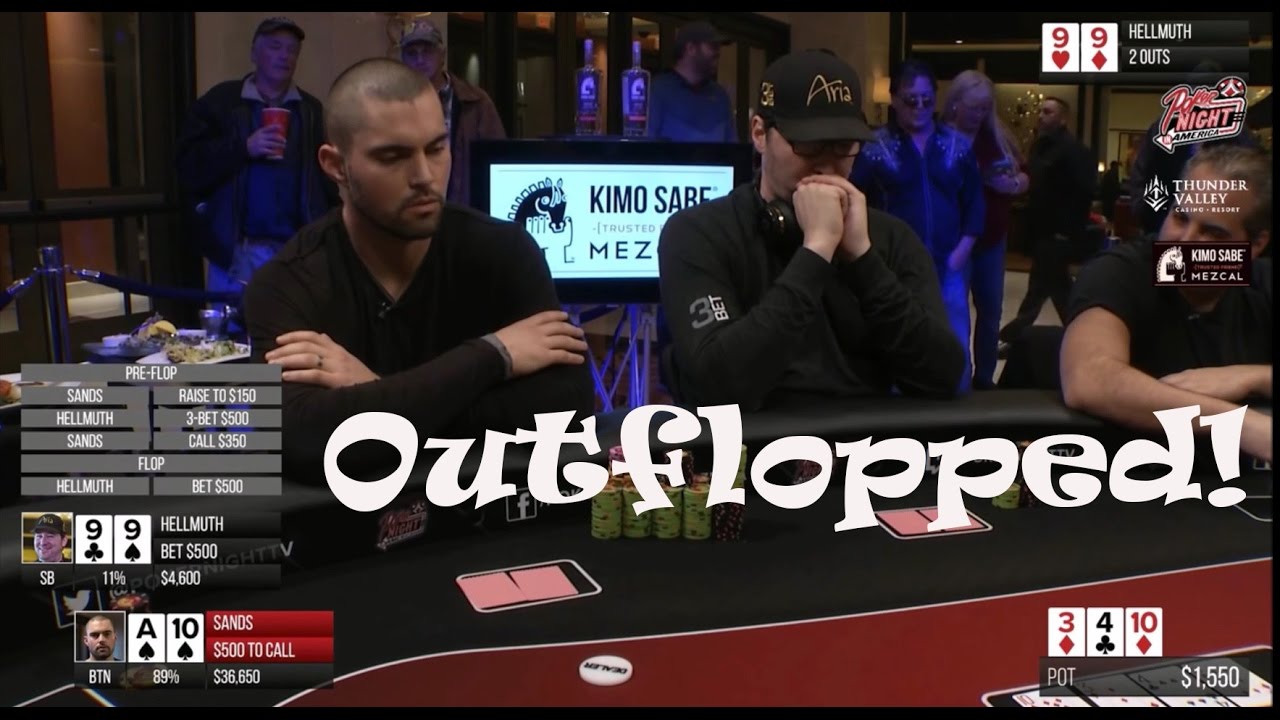 Sands Can Do No Wrong

With Matt Glantz taking the open seat, the cards continued to fall in Sands' favor, including hitting a full boat on the turn with J-6 suited. His bets on every street were met with calls from Rep Porter, resulting in another nice-sized pot of $7K adding to Doc's already growing stack of chips.

Next to experience a drubbing by Sands was the Poker Brat, who was dealt pocket nines and three-bet Doc's $150 pre-flop bet to $500. Sands made the call with A-10 suited and connected with the lower of those two cards on the flop, rendering Hellmuth's pair second best.

Sands continued surgically slicing up his opponents, putting Hellmuth to an all-in or fold decision by betting just shy of $3K on the turn with the board showing no cards higher than the ten that gave him top pair. Before Phil eventually called, Sands took his knife to the steak dinner that was delivered to the table, cutting it up with the same precision previously reserved for his tablemates.

Another $9,150 went to Sands' pile of chips after the board ran out, forcing Hellmuth to dig into his pockets in order to continue playing. The Poker Brat took it in stride, graciously declining Sands' offer to loan him some cash.

Winterhalter again fell victim to the rush of winning hands enjoyed by Sands, this time when his pocket nines found another nine on the river giving him a nines over sevens full house. Winterhalter was ahead on the turn when her A-10 caught a matching ten, but the end result after fifth street was $7,725 more in chips going to Doc.

Surprisingly enough, Sands was not the biggest winner of the PNIA session. That honor went to Harlan Karnofsky. Take a look at the wins and losses below: