For many, winning a WSOP gold bracelet is a lifelong dream come true – remaining with them forever, lovingly cared for and displayed with pride. For others, it’s just a valuable piece of jewellery – to be auctioned off to the highest bidder when the mood takes, or when needs must – last year’s WSOP Marathon bracelet won by Venezuela’s Joseph Di Rosa Rojas, for example, up for grabs on eBay with a $3000 pricetag!

Quite why the unique 56.1-gram, 10-carat gold bracelet is for sale isn’t clear, the winner Rojas not replying to media calls on the subject, but according to the seller, “It was sold to a jewelry store near the strip in Las Vegas,” as reported by PokerNews – and traded in for a couple of guns!

Rojas took down the gold bracelet and $690,469 when he saw off 1758 other players to scoop the Marathon event last summer, but he’s certainly not the first to cash in the jewellery part of the win.

One of the most-talked about players in the history of the World Series of Poker, Jamie Gold, seemed to be constantly bogged down in legal issues arising from his 2006 victory – and his bracelet became part of that problem too.

“It’s a legal issue that I can’t talk about, but what I can say is that I am not selling it."

"I would never do that. It’s really unfortunate what has been happening. It is out of my hands, but it’s not something I wish was happening. I’m not purposefully selling; I’m not involved in the auction and will not be making $1 if it does end up being sold.”

Last year saw another WSOP bracelet up for sale, this time a spare band meant for part of the winning $10k Tag-Team Championship – an event won by Liv Boeree and her partner Igor Kurganov - with one of the two extra bracelets handed over to raise funds for the REG charity close to their hearts…

A bid of $10,200 was enough to snag the golden prize, the full story covered here by PokerTube.

The 2008 Main Event winner Peter Eastgate also put his winner’s bracelet up for charity auction, Glasgow businessman Charles Haughey eventually securing it for $147,500 – Antonas ‘TonyG’ Guoga also in on the bidding process, planning – so he said:

“To get it adapted into a special collar for my trusted German shepherd, Zasko. The ultimate dog bling, as my gladiator and protector, he deserves to be kitted out in such style.” 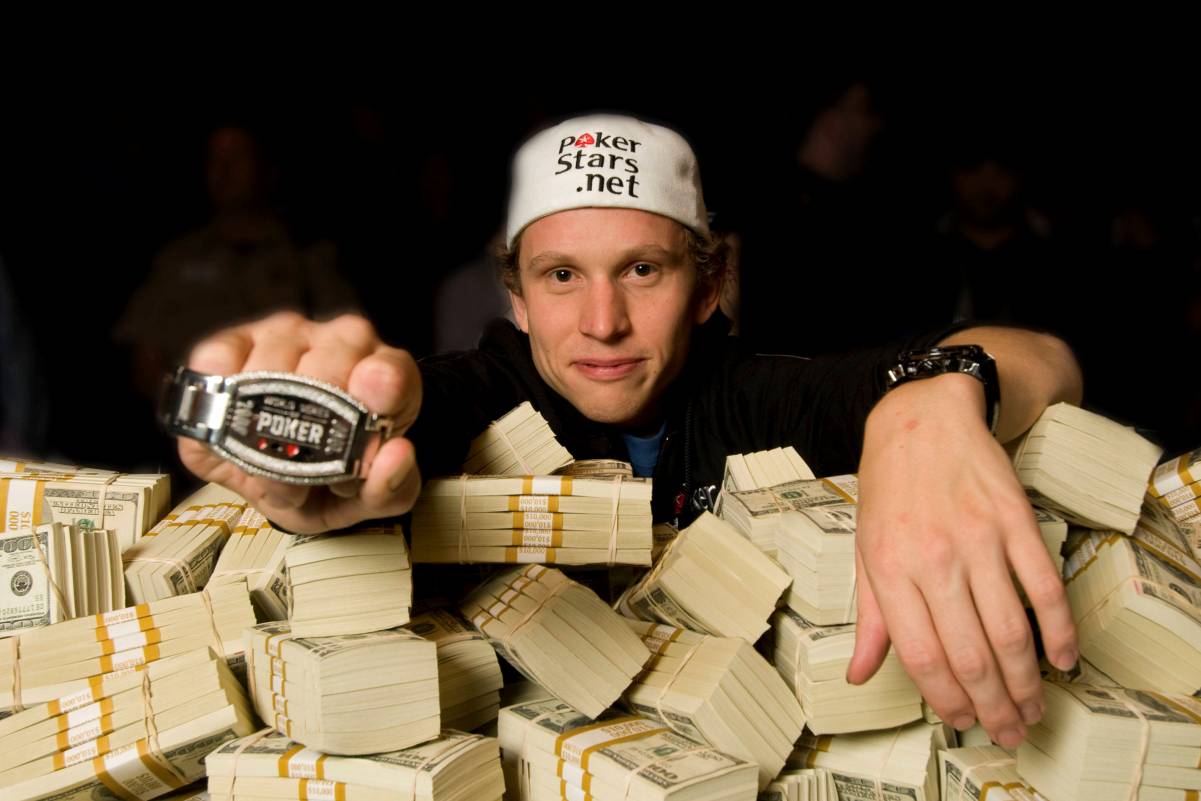 Max Pescatori, Tom McEvoy, Jerry Yang, Brad Dougherty, TJ Cloutier and the late Paul ‘Eskimo’ Clark are all among the long list of those who found a reason to get rid of the bracelet that defined their finest moment in the game.

Four off-strip casinos, including the Gold Coast, Green Valley Ranch, Silverton, and Rampart, have fallen victim to the robber in recent months