We have all heard about the self-driving cars which will almost certainly replace normal automobiles in the future – with Tesla and Google scrapping it out in a technology race to build the best version, but now Ford have entered the fray with a patented ‘poker table’ version!

There may be many questions still to answer about ‘autonomous cars’ – the infamous trolley problem being chief among them (basically who the computerized vehicle decides should die in an accident) - but what we will do with our hands and minds-free travel time is another. A poker ‘home-game’, for example.

"There remains an opportunity to design vehicle amenities for the occupants that takes into account the reduced operation monitoring provided by the autonomous vehicle," the Ford patent application stated, their illustration showing what could easily become 4 guys playing poker at a retractable table. 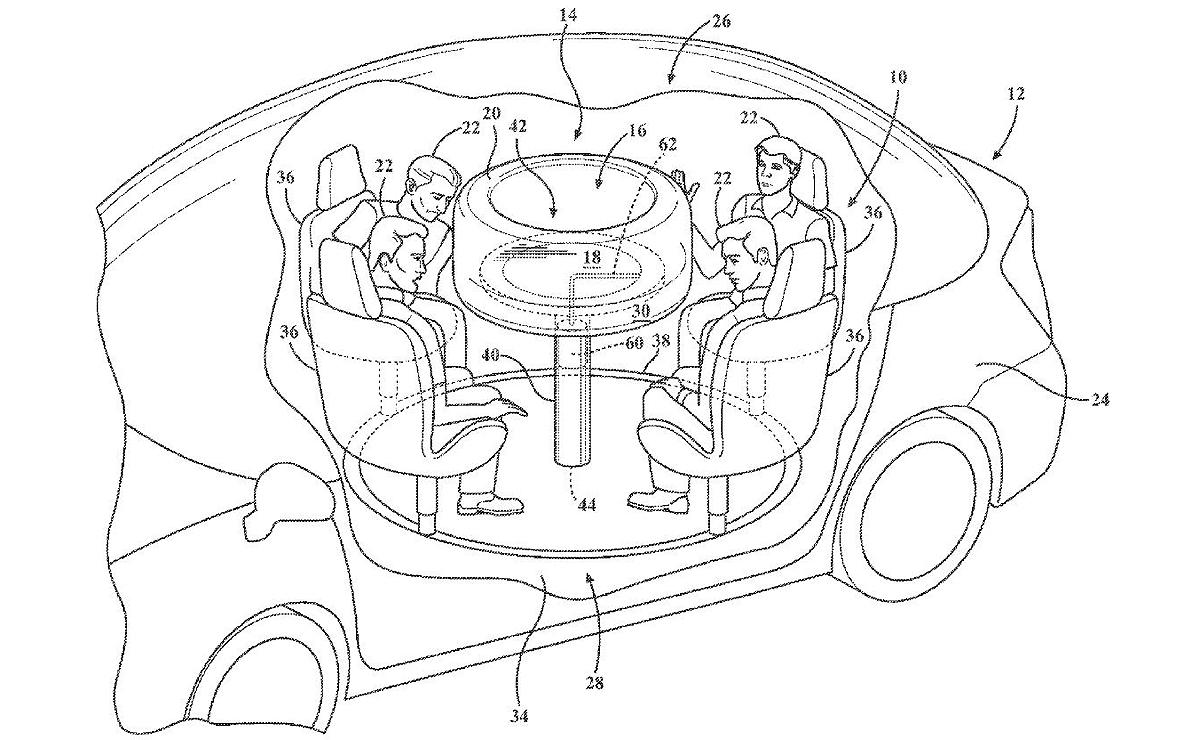 Automotive News wrote of the ingenious idea: ‘Since a driver wouldn't need to pay attention to the road, seats could be configured to face inward around a table that passengers could use to eat, play a card game or type on a laptop,’ adding that ‘the table would be able to retract into the floor of the vehicle when not in use.’

With an airbag not dissimilar to those in use today, any crash would see it, "reduce the likelihood of the occupant impacting the table during the vehicle impact," useful for anyone (such as your author) who remembers playing cards in an old VW campervan on roadtrips and getting a table edge in the gut whenever we had to brake sharply.

Whether the Ford idea will ever see the light of day is a question for the (not-so-distant) future, but it’s not inconceivable that poker in a self-driving Tesla or Waymo or similar will one day soon be a reality.