From Stacks to Stories: The Thread Between Poker and Comics

Poker and comics have found themselves intertwined in some of the most popular comic book series. What’s more, the two are similar in that since the time of their inception, they have both captured the imaginations and reached a widespread, diverse audience.

Some of the world’s favorite comic book characters have backstories and personalities based on the game of poker.

Gambit is introduced playing a poker game in Marvel’s X-Men Origins. Gambit is a mutant like others in the X-Men universe. He has the ability to manipulate kinetic weapons to infuse with any weapon he chooses. His weapon of choice in both comic books and the movie is a lethal deck of cards. Gambit also has stereotypical poker player traits like being mysterious and highly observant.

Iron Man himself also has ties with poker. Aside from exuding the energy of a businessman playing the nosebleeds with his extravagant demeanor and witty ways, Tony Stark actually missed an award ceremony because he was gambling on the Ceasar’s Palace floor.

Poker has also been intertwined in the story of Thing, aka Ben Grimm. A 2006 series about Thing was wrapped up with one large poker game among staple Marvel superheroes like Spider-Man, Captain America, Iron Man, Dr. Strange and many others. He even thinks about the poker games he’s had with a fallen comrade to reminisce. 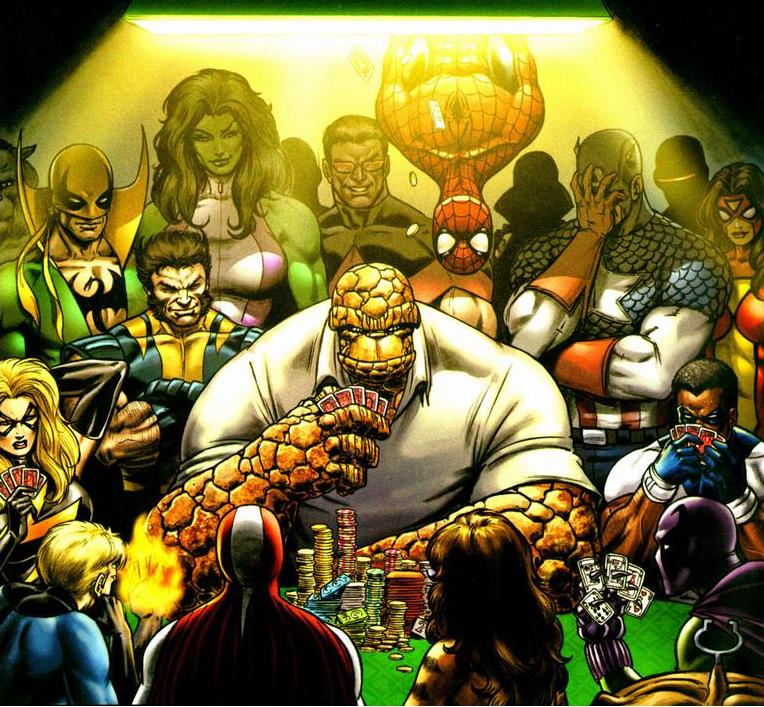 From Games To Comics

Aside from popular comic book characters exhibiting traits of poker players or explicitly playing poker in their series, there have also been comics inspired by poker.

One example is the French comic Short Stack. Released in June 2017, Short Stack follows Mark Middleton's journey to exact revenge on those who murdered his parents. Middleton becomes a professional poker player on tour to chase down the suspects. 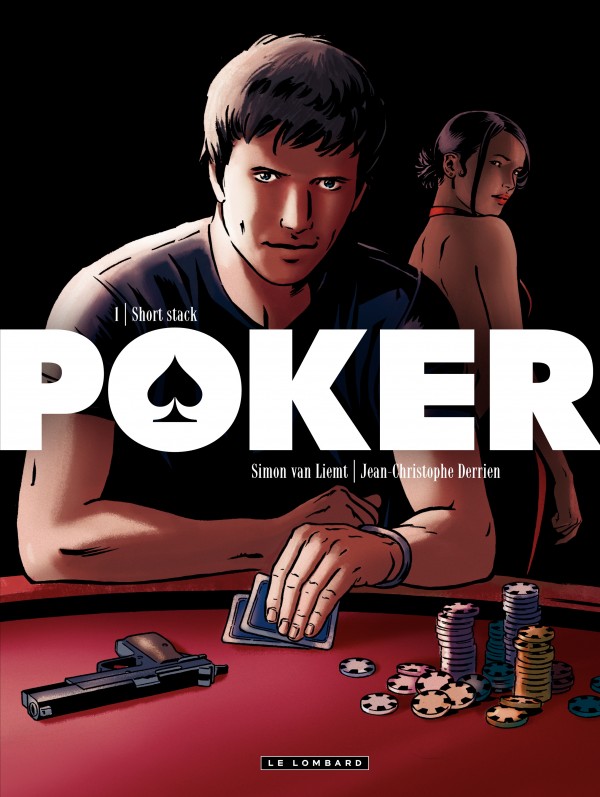 In an effort to combine comic and poker lovers, World Series of Poker bracelet winner Chad Holloway published World Series of Zombies in 2015. It explores the premise of a zombie outbreak during the Main Event of the series and features well-known players like Phil Hellmuth, Michael Mizrachi and Daniel Negreanu. 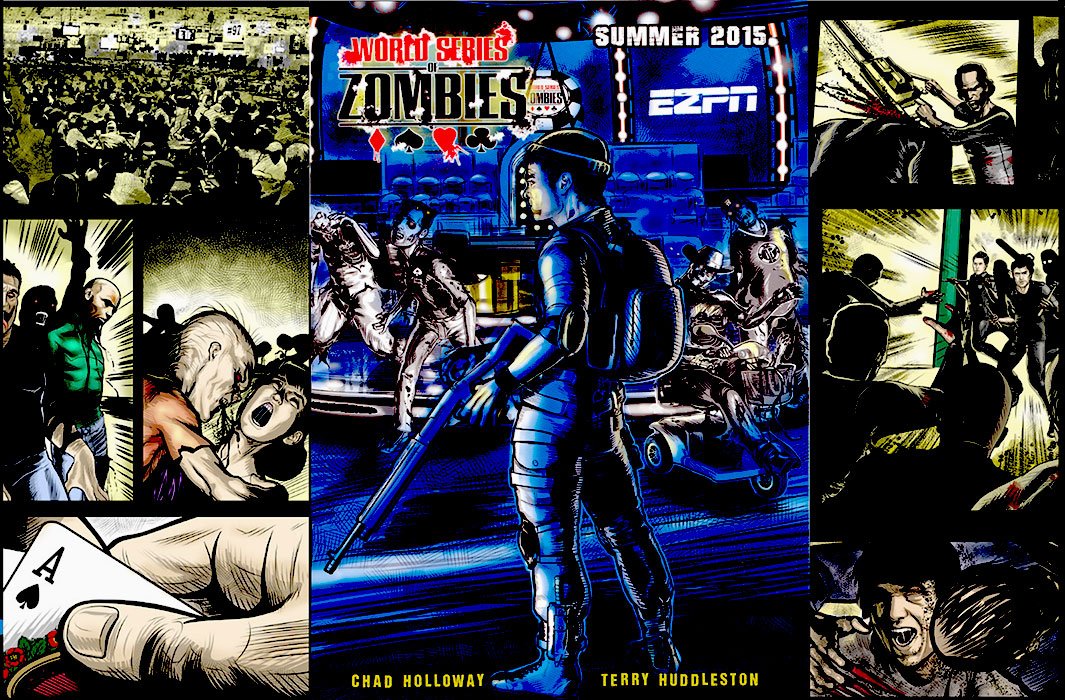 Final 9, a poker comic published in 2009 and written by Anish Patel, is a play on the final players remaining in a poker tournament. It features nine poker players and explored their back story and reasons for playing the game when they were eliminated from the tournament. 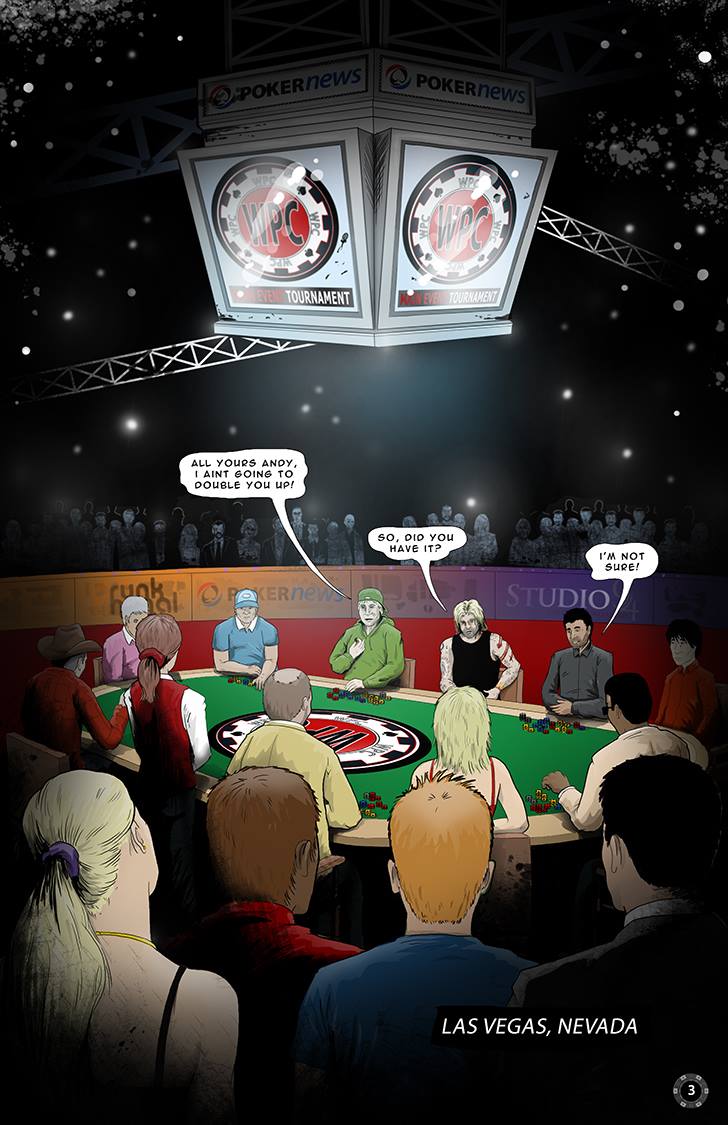 Although poker comics haven’t had nearly as much success as superhero comics and other genres of graphic novels, to say they are a failure would take away from both the artistic vision and passion of their writers. Comic books and graphic novels are, just like a canvas and paint, the medium for authors to express their ideas, and clearly poker is able to be adapted.

When asked if poker can be a compelling premise for a comic book, Final 9 author Anish Patel said:

“Absolutely. The great thing about poker as a subject to write about is the players. There is such a huge range of different and varied players who enjoy the game, it makes for a great subject to write about. The game itself is exciting, and can be edge-of-your-seat stuff, especially when you get down to an important hand and the players are all in. But that’s just part of the story.

One example is the infamous Dead Man’s Hand, in which Wild Bill Hickok was murdered in a saloon playing poker. Using artistic license, an author could take poker fans on a thrilling journey throughout the poker scene of the 19th century Wild West.