A man wearing a prosthetic mask has been arrested for stealing more than $100,000 from player accounts at casinos – a police search turning up counterfeit ID including 83 driver's licenses, 14 insurance cards and 19 players cards and the story involving an incredible ‘comedy escape’…

The alleged fraudster donned a prosthetic mask designed to make him look much older as he raided accounts at casino kiosks operated by Global Payments Gaming Services.

The kiosks allow patrons to break bills as well as withdraw cash and cash advances, with Colletti allegedly using multiple counterfeit IDs to target customers who had enrolled in the ‘VIP Preferred Program’.

The thefts began last spring, the MGM Grand Detroit Casino, identifying ‘at least 10 victims’ who had $98,840 stolen from them in total.

CCTV footage revealed that the suspect was ‘a person using a full prosthetic face mask to resemble an elderly white man’.

It would be another year before the culprit was unmasked, however, when the Prairie Band Potawatomi Tribal Police arrested Colletti, for an alleged identity theft in March of this year at the Prairie Band Casino and Resort in Mayetta, Kansas.

That came after an incredible ‘movie escape’ that saw after security lose the suspect – an elderly man ‘wearing a straw hat, glasses, and using a mobility walker’.

Having withdrawn $20,000 and been approached by security for an identity check, the federal complaint describes a comedy exit scenario.

"Colletti immediately went to the restroom, where he removed his disguise. Colletti then exited the casino with a noticeable bulge down the front of his pants, believed to be the prosthetic face mask," reads the complaint.

Colletti was later arrested, his rental car found to contain four prosthetic masks as well as books on how to get away with crimes. 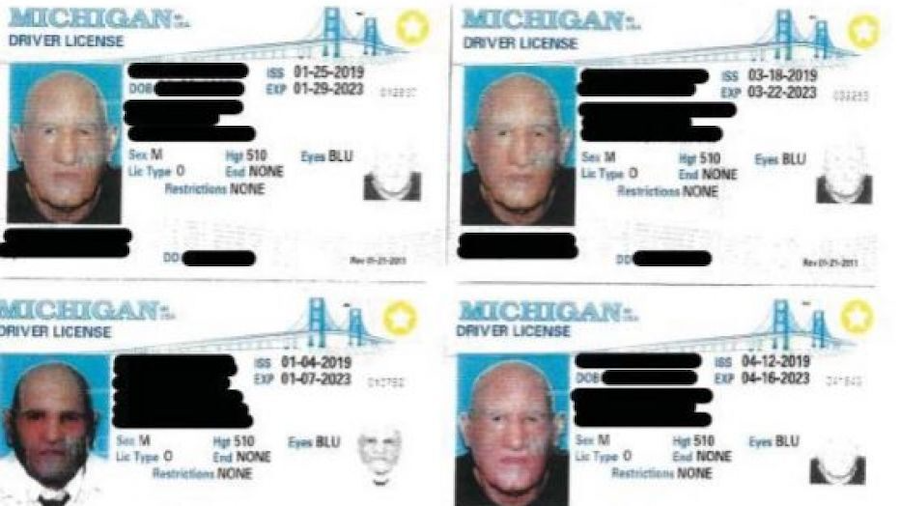 Investigators recovered masses of information connected to the crimes, flash drives containing ‘background checks on various individuals’ as well as ‘tutorials and manuals on how to counterfeit money’ and ‘how to commit various other financial crimes.’

There were also ‘videos of GPKs [the kiosks] inside the MGM Grand Casino Detroit, handwritten signatures, and excel spreadsheets with over one thousand names.’

Colletti is due to face a pre-trial detention hearing this week.