Kevin Hart Brings Comedy To The SHRB & Humps The Table?!?

Comedians will do practically anything for a laugh and new PokerStars ambassador Kevin Hart is no exception.

Competing in the $300,000 Aria Super High Roller Bowl, Hart made a promiseto hump the poker table if he won a crucial hand versus Brian Rast. Having made a straight on the turn, the actor/comedian needed only to avoid a club on the river that would have given Rast an ace-high flush.

When a brick landed on fifth street, Hart's exuberance at winning the pot and doubling up was displayed by a quick trot around the table. The funnyman followed that up by staying true to his word and humping the poker table for a few seconds, undoubtedly the first time in poker history that a player celebrated in such a fashion.

His new relationship with the poker table was not a lasting one, however, as Hart failed to cash in the event. The title and $6 million first place prize went to Germany's Christoph Vogelsang after his two pair knocked out runner-up Jake Schindler ($3,600,000).

It was Vogelsang's first ever live tournament victory and pushed his lifetime earnings past $13,700,000. Besting the 56-player field and capturing the win also catapulted Christoph to 2nd place on Germany's all-time winningest tournament list, trailing only Fedor Holz ($22,909,994). 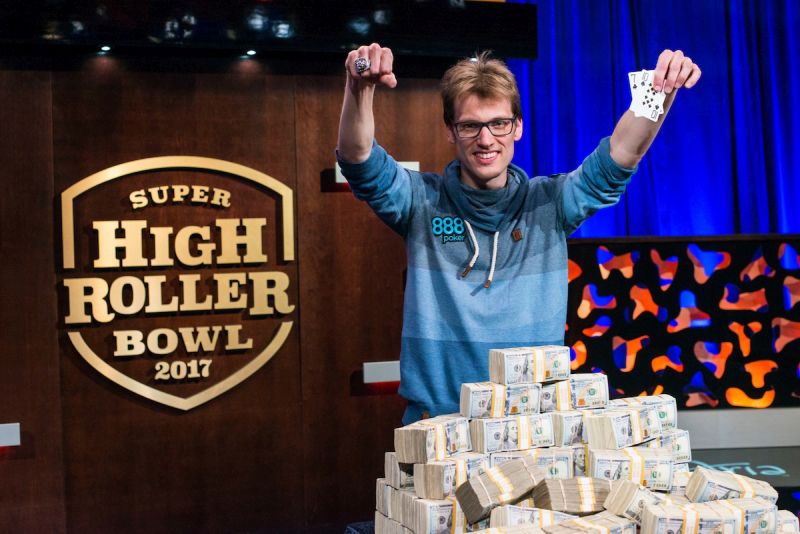 Kevin Hart is no stranger to simulating doing the nasty with inanimate objects on stage, as he previously did during a stand-up routine for Comedy Shaq. Hart's object of affection during that bit was a stool as he demonstrated how to engage in nine different positions with your partner in a mere 23 seconds.

Take a look at the video below for more laughs from the comedian whose risque brand of humor, while funny at a comedy club onstage to most, may not be quite as entertaining among high rollers at a poker table who bought in for $300K.