In her own words, Liv Boeree is a professional poker player, model, TV presenter, and adventurer. She is very intelligent, holding a first-class honors degree from the University of Manchester in Physics with Astrophysics. She is very attractive too, and began her postgraduate career modelling for lads magazines in her niche area of heavy metal and alternative lifestyle before later modelling for mainstream magazines like Loaded.

Liv entered the poker world via a reality TV show the Ultimatepoker.com Showdown, where she was coached on how to play poker by Phil Hellmuth, Annie Duke, and the late Dave “The Devilfish” Ulliott. Her combination of brains and beauty saw Liv maintain a public profile whilst enjoying great success in poker. She has cashed for over $3 million in tournaments which included a €1.25 million score when she won the EPT San Remo event in 2010. Liv has been a high-profile member of the Team Pokerstars Pros since 2010 and continues to play an active part in poker throughout the world in 2016 with no sign of her slowing down.

In May 2016 Liv visited the Oxford Union Society where she delivered a lecture on poker analysis techniques, effective altruism, and her experiences from a decade of playing poker. She also answered questions afterwards.

Liv begins her lecture with a discussion on hand ranges.

Liv uses graphical representations to discuss the game theory behind the ranges. Liv then shows the students the table of hands and how your opening ranges change when considering the playing tendencies of opponents and how your starting hand ranges should be flexible and not set in stone. She acknowledges that most players intuitively develop these ranges in their heads but seeing the graphics and the way more hands can be played reminds us that K4 suited should not always be thrown straight in the muck and optimal poker is more fluid than it can appear.

Once Liv begins to discuss “game theory optimal versus the optimal player” I recalled that my GCSE in Maths was not an ‘A’ grade. Computer algorithms play millions of hands against themselves to mathematically calculate the best raising, calling, and defending ranges against a game optimal player. If you have a flair for numbers and game theory at this point, you will be fine.

Thanks to Liv’s first-class honours degree background in a science, she is easily able to teach the concepts in a short space of time so even a noob like me can follow it. Liv uses an analogy of “Rock, Paper, Scissors” to illustrate how these poker programs can be used as a strategy but that there can also be counter-strategies that could be used in order to become more profitable than the optimal strategy. Liv explains that humans are never game theory optimal hence poker is not a solvable game in the short term and thus offers us the potential to become profitable and compete with better players. Are you still with me?

Sitting in the front row of this lecture is Liv’s boyfriend, poker professional Igor Kurganov. Igor won the EPT High Roller Event in Monte Carlo in 2012 and has over $11 million in live tournament winnings. Liv acknowledges Igor’s skills as being “almost game theory optimal”, which is high praise from a poker science perspective. Kurganov actively participates in the lecture giving insight and analysis that any player will find particularly useful. In particular, his detailed analysis of a hand shown on the big screen where he found a call for his entire stack with second pair due to the reads he had made in the hand. 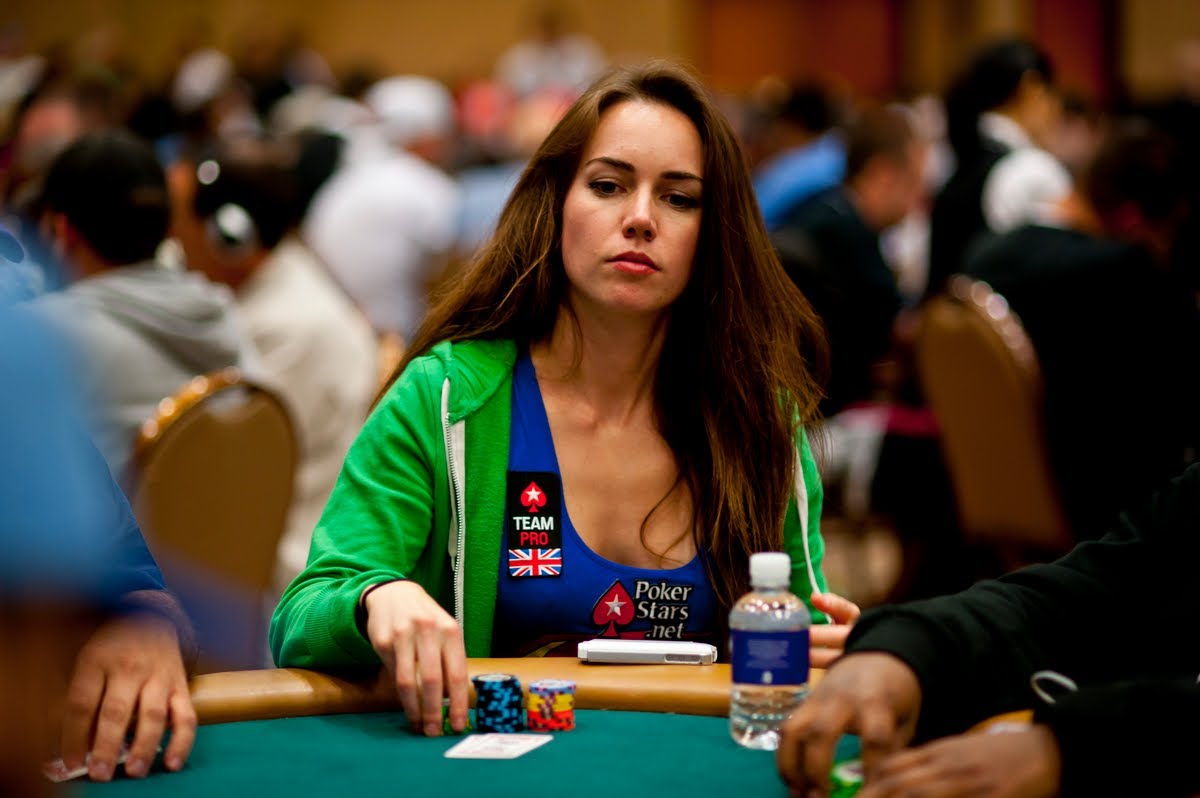 During the question and answer session Liv discusses many issues including women in poker. Liv advises that she “has always felt unbelievably welcome at the poker table”, but acknowledges that the “underground scene” can be “intimidating to women”. Liv believes that socio-economic reasons “take a while to catch up” and poker is an in-your-face card game and women may not enjoy that as much as men. I found this part of the video a very candid discussion about gender balance in poker, and Liv acknowledges that only 2% of high stakes poker tournament participants are women, which in her view is “unacceptable”. She does, however, expect that she expects the gender balance to improve with time.

When Liv stands before the audience again to discuss “effective altruism,” her intelligence is once again on display. She acknowledges our resources are finite, so effective altruism is about finding the best bang for your buck and donating to charities using your head as well as your heart. By doing so, you ensure your funds are sent to the charities that can do the most with it. This is a practical and sensible use of poker profits or any spare money you have. Liv and Igor recently co-founded Raising for Effective Giving, an organisation which encourages poker players to donate at least 2% of their winnings to the selected charities they feel can do the most with the money raised.

One question Liv did initially struggle with was question from a member of the audience on how the algorithms could be used in practise given that you never fully know your opponent's exact range. With the help of Igor, they eventually provide a good answer that it is about developing an intuitive feel. This question is posed towards the end of the video. You will find this exchange interesting as the eventual answer is a very good one.

This is a tiny point I offer with the view of providing a balanced assessment of the lecture. It is a great video and one of many excellent videos from Oxford University Unions YouTube channel. We hope they invite more poker players in the future to discuss the game.

When is it OK to Fold Aces?Poker Gossip & Opinion