Looking Back at the Ultimate Bet Scandal

It's been quite a while since we witnessed what is probably still the most controversial event in online poker's relatively short history.

Anybody who has ever discussed their card playing hobby with family and friends has surely at one time or another been met with looks of disapproval.

"It's all rigged mate, only about luck”

"What if they can see your cards?”

In September 2007 the mutterings started on internet forums about how things really might be not so clean after all. Several players were convinced that a certain player was able to play whilst viewing his opponents hole cards in real time.

This is obviously every poker player's worst nightmare. With the online game still only in the region of ten years old, it was looking like the whole shebang was about to come collapsing down around us. If it was happening in one place then it could be happening everywhere potentially.

We've all heard of “God mode” in computer games, we didn't expect to see it in poker.

A well known high stakes reg named “CrazyMarco” had lost heads up to “Potripper” in a $1000 buy in tournament, and suspected foul play. He then contacted the support team requesting the hand history for further analysis, and got more than he bargained for. Support sent him the full history including all hole cards for ALL players.

Potripper's history showed irregular play. When analysed by a professional mathematician and gaming expert he was shown to have played poker which was just too perfect. Bluffing every time his opponent was weak, and making hero fold after hero fold. It was just too good to be normal.

Within a month the owners had to come clean, admitting their security had been breached. Although they did initially attempt to skirt around the issue claiming it was just a computer nerd employee trying to prove a point.

Four accounts, including Potripper, had all been banned and were confirmed as belonging to the same player. Another month later we saw clarification that over a period of forty days $1.6million had been defrauded from other players, and would be returned as soon as possible.

Finally We Had a Name

Fast forward to September 2008, and finally the villain was unmasked. The Kahnawake Gaming Commission stated it had clear evidence that 1994 WSOP Main event champion Russ Hamilton was behind the whole thing.

But it wasn't only $1.6 million that was to be repaid. An in depth investigation uncovered more than $22 million worth of fraud.

The money did finally get repaid to the affected players, but it took a while for everybody's paranoia to settle. 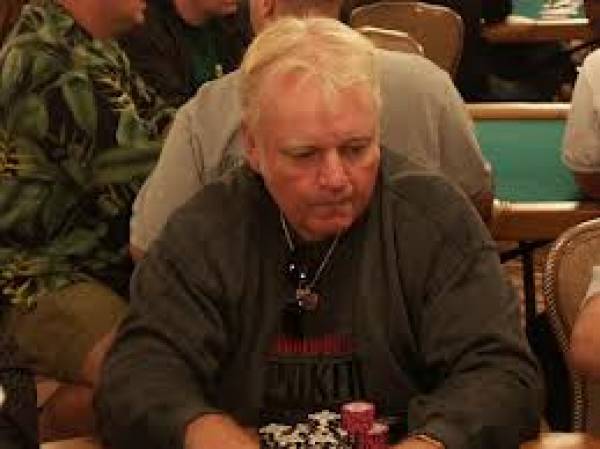 The Champion's Fall from Grace

Russ Hamilton obviously became persona non grata in the poker world as soon as everything was clear. Stories quickly flooded the news forums about how he was such a hustler.

When he won poker's greatest prize back in 1994, a part of his winnings was his own weight in silver. We heard how Hamilton came on the scales at around 360lbs and was even spotted stuffing anything to hand into his pockets to get as much as possible. Even after banking $1 million.

It's good that nothing similar has happened since. Apart from the “bot” issues we face today, computer security appears to be well looked after.

Long may it continue!

Worst Mistakes to Make in a 3 Bet PotPoker Gossip & Opinion