Massage Brings Relief and Luck at the WSOP

The Amazon room at the Rio, is a stressful place. You have to sit at a table for eight to ten hours a day, making decision after decision for the kind of money that could change your life forever. And if you’re lucky enough to stay in the game for the full eight or ten, then you get to come back the next day to do it all again. And again. And again.

It can take it’s toll. Not just mentally in terms of stress but physically, bad posture and sedentariness make for muscle cramps, backache, and tension in everything from your tendons to your chakras.

Which is why so many of the players can be seen sat on their chairs cowboy style, with their chins on the backrest and a masseuse with strong, precise hands and elbows kneaded the players to jelly for $2 per minute.

The of the Rio’s huge population of masseuses has some 400 masseuses from Professional Massage Inc. out among the tables, roaming from tourney to tourney plying their trade on the (fully clad) bodies of the grinders.

And with the WSOP Main Event under way – the biggest and longest poker tournament of the Series, and indeed the year – they’re gonna be working overtime this week.

The best among the masseuses, can thoroughly iron out the kinks in a player's latissimus dorsi without slowing their bet. Alicia Coro, of Professional Massage Inc, points out that ‘you have to be aware of what’s going on at the table.’ Backing off when action comes around, and making sure not to do anything to distracting while decisions are being made. Like anyone on the casino floor they are bound by railbird etiquette: don’t talk to the players in a hand, don’t look at a player's hole cards in a hand, and don’t comment on the play in a hand.

They’re such a regular sight on the floor, so involved in the mechanics and culture of the Vegas poker scene that 888 have even gone so far as to patch some of them up, using them as human billboards in a way which used only to be for the players themselves.

Perhaps the most interesting aspect of the supple handed horde is their immediate incorporation into the superstition of the players. While Daniel Negreanu holds trials getting a load of massages early on in the World Series before settling on his favorites for the rest of the two months other’s will stick to that one lucky charm who was loosening them up when they won a big pot. 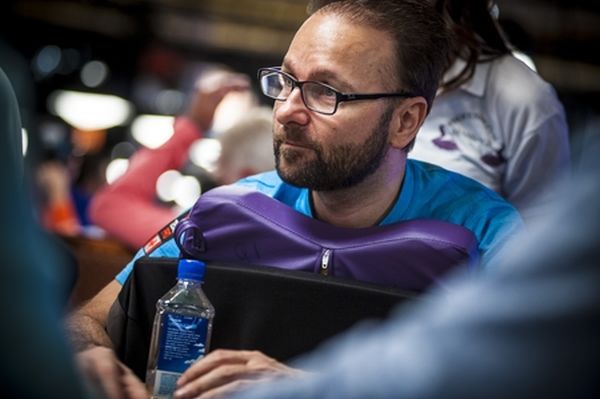 Like Skinner’s pigeons, if something goes right for a player, it doesn’t take much for them to turn something nearby into a lucky charm. If that something is a person they can pay to stick around, then that lucky charm has found themselves some regular employment.

Some players will only use one masseuse, calling them back again and again. Which may or may not be lucky for the player. But certainly feels like some run good for the masseuse.

Thanks Jon for the this great object. http://www.pakescorts.com

Global Poker – The US Poker ClubhousePromos