It’s back and it’s better than ever – it’s the Online Poker League (OPL) of course, and March 4th sees season 8 kick off in style, with $22,500 added and tournaments from freerolls up to $25 buy-ins across 6 poker rooms - including the US friendly BetOnline - all adding up to the best online poker league in the world.

The 3-week long league leaderboard race will again take pride of place as amateurs and wannabe pros battle it out for the Dream Unibet Open package which the winner receives, a host of other prizes on offer for those who top the tables and TwitchTV on hand to capture the action as it unfolds.

The OPL already has seven hugely-successful runs behind it, but they are still listening to their players and have added some excellent new details to the season 8 run, with a ‘sexy and gamesy’ new site due to open the new season.

We’ll get to the new site details soon, but first up here’s what players can expect from season 8…

Although the midweek tournies were popular, OPL players have requested a ‘weekend-heavy’ schedule, so most events will now fall Friday-Monday, with the majority being Saturday/Sunday affairs. 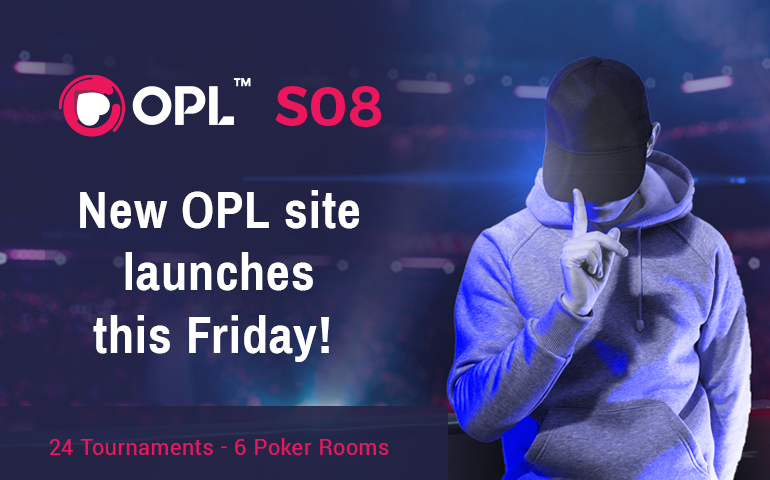 Six poker rooms to play on

…to choose from in their quest to top the leaderboard. As mentioned, BetOnline is US-friendly, while Tiger is their Euro-facing skin.

You can play on one site or all six and it doesn’t have to cost you a thing, because…

The OPL has turned the freeroll option up a notch or two, $500-added instead of the old $200, so even if your bankroll has hit bottom you can participate.

…the double points events for the leaderboard have been selected at random this time, so no worries about being outgunned by bigger, or deeper, wallets!

As usual, a player’s total points are taken from their top 10 scores only, so even if you can’t play everything (though some try!) or you turn up late to the series (or leave early) you’re still in with a shout at the massive prizes on offer!

The ‘sexy and gamesy’ new look to the OPL’s revamped website is still a closely-guarded secret, you won’t be seeing it in its full glory until this Friday 2nd March, but what we can tell you is that the easier-to-follow site will include stats for each player, a very useful look at how a player has performed in previous seasons.

You can’t host a big league without having streamers on board to bring fans the best of the action, and the OPL is once again on top of matters, TwitchTV’s Arlie Shaban and DWStevie are back for more.

They’re also joined by a new face and voice for the OPL, ‘dramaticdegen’ guaranteed to thrill if he lives up to his name - and those who have followed him in the past will know he can produce the goods. 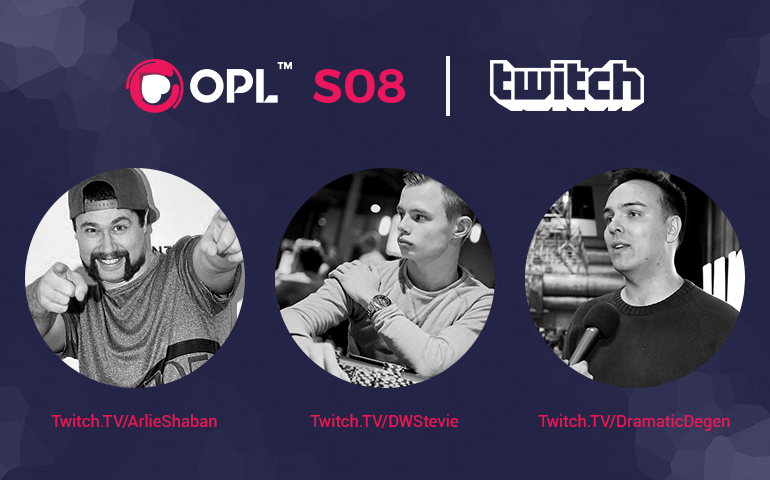 With the 4th March kick-off looming, here’s a few of the rules to keep in mind

So, it’s free, easy to enter and play, and the money and prizes are all there for the taking! Hit up your favourite online cardroom, enter your code and you’re good to go. For more details visit the OPL’s site.

3-Card Poker Seems to Be a Hit in Japan