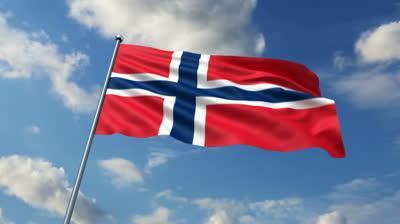 The 2015 Norwegian Poker Championships will be held in Oslo for the first time this year. Global Poker Tours Ltd, the largest live poker operator in the world, has released details of the event which has previously only been played outside the borders of Norway.

Announcing five regional events, followed by the Main Event in the country’s capital city Oslo, the Amaya-branded poker tour production company – who also run the EPT and UKIPT tours amongst others – are expecting the event to draw more than 2000 competitors.

Until now the Norwegian event has taken place in countries such as England, Latvia and Ireland but recent changes and relaxations in the country’s laws will see the championships returned to its native home.

These changes were helped by online high-stakes pro Ola “Odd Oddsen” Amundsgaard, who has been fighting for poker players’ rights in Norway for quite some time, and who last year played a Norwegian politician heads-up to highlight the fact that poker is a game of skill.

Johnny Lodden, one of Norway’s best-known and most successful players ever, said he was “incredibly excited” by the news. “It’s been a long-time coming,” said Lodden, who is currently number 3 on Norway’s all-time money-winners list.

“No matter what sport you play, there’s always something extra special about competing at home, and this is no exception.”

The last Norwegian Championships, held in Dublin in March this year in conjunction with the JP Masters, saw Jonathan Spaeren lift the Main Event title and €155,680 ($170.287) in an event naturally restricted to Norwegian nationals only.

The regional events will begin on October 11th with the Championship Finals in Oslo scheduled for November 18-24. The Main Event will have a 5000NOK buy-in, which is about $600 or €530.

The championships will have an ‘official charity partner’ which will benefit from 5% of all buy-ins from both the regional qualifiers and national championship finals events. Blodkreftforningen(The Leukemia Foundation) specializes in leukemia and bone marrow cancer research.