Patrick Nolan: The Poker of the Opera

The words "poker" and "opera" have about as much in common as Phil Hellmuth and proper table etiquette. Poker exists in the gambling space and even though it's a game of skill, it's still considered by many to be somewhat controversial due to its dubious history, full of cheaters and the occasional gunfights.

Opera, on the other hand, is one of the few remaining bastions of high art in the world dominated by highly commercialized pop culture. Turns out that a prominent figure in the world of the aforementioned high art, Patrick Nolan, artistic director and CEO of the Queensland Opera, likes to subvert the sacred-profane dichotomy by using the skills that he gained as an amateur poker player in his dignified day job. A heavily poker themed interview with Nolan was recently published in the Financial Review.

Poker as a Part of Balanced Life

Nolan's introduction to poker mirrors the experience of many other players. Patrick played his first sessions at the kitchen table with his grandfather and other family members:

"My grandfather was a professional gambler. I was playing poker as a very small child, since I was under the age of 10. My grandfather was Lebanese and came from a very big family. I have strong memories of sitting around the dining table with him and his brothers playing poker, pontoon and gin rummy. They always played for something, but they would manipulate it so that the grandchildren would win occasionally."

Artistic director of the Queensland Opera mentions the fact that those games were "full of love". The memory of that experience full of nostalgia and joy stands in opposition to the views of some members of the general public, who consider poker to be dysfunctional and certainly not something that could ever be a part of a healthy, happy childhood. The theme of poker being a perfectly normal part of balanced life continues with Nolan mentioning the fact that even though he's a very successful person and he's been playing poker for more than 20-years he's not a degenerate gambler but a guy who enjoys a regular small stakes home game with longtime friends: 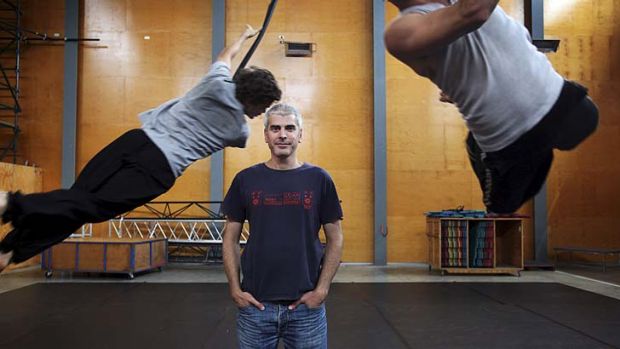 Poker can be more than a healthy distraction that helps people connect with their family and friends. For Patrick Nolan and many people like him, poker can be a way to train one's ability to take profitable risks in a safe environment. Running a Queensland Opera is certainly a very responsible task that requires many different skills, some of which can be acquired at a poker table:

"I’ve learnt that risk is imperative. If you don’t risk anything, you’re not going to gain anything. And you have to be calculated in what you risk, otherwise you end up not being able to take any risks. You have to have money in the kitty to play. Also, listening is really important, and getting to know the people you’re with. Particularly when you work with people you don’t know very well, the skills you develop around the card table are very useful. You learn to watch people; their behaviour, their body language. You listen to their tone of voice. You’re trying to read what’s going on behind the mask. Those skills are very applicable to the rehearsal room, and to the entire company."

On the whole the interview with Patrick Nolan is a very refreshing read that paints poker as an enjoyable social activity, that's perfectly safe even for children (under a very close and responsible adult supervision of course) and can help anyone - even the artistic director and CEO of the Queensland Opera - do better at their job.