The Super High-Roller Bowl China was a big deal, Phil Ivey came out to play, Fedor Holz blew through USD$1.8 million in rebuys before bombing out, and the big heads up clash was between the titanic Patrik Antonius and Justin Bonomo, and these two guys ended the day with HK$ 37,830,000 and HK$ 24,735,000 in cash respectively. How they handled their windfall was rather different.

Antonius could perhaps have requested a currency exchange to a more manageable stack of hundred dollar bills, but since he was apparently intent on filling a Scrooge McDuck vault – or at least a bathtub – with paper currency, he had the casino crack open their cash bucket and scoop him out some bricks. 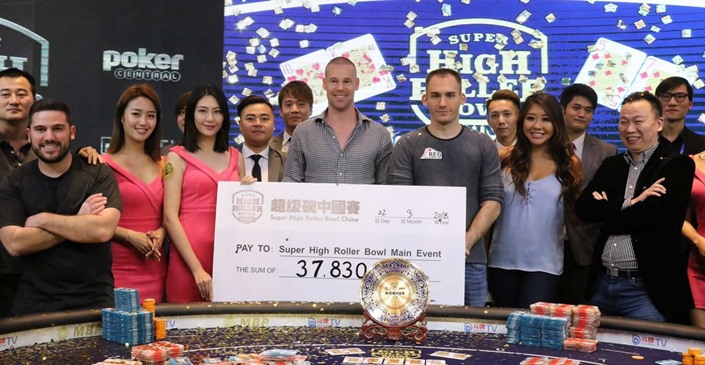 Perhaps the the light brown colour of the HK$1,000 note reminded him of the stack T1,000,000 plaques he accrued at the final table, perhaps he just wanted to show up Bonomo with that ridiculous cheque.

Either way, we now know what HK$24,735,000 looks like, and the expression a person pulls when asked to count that much out by hand for someone showing off for their Instagram followers. 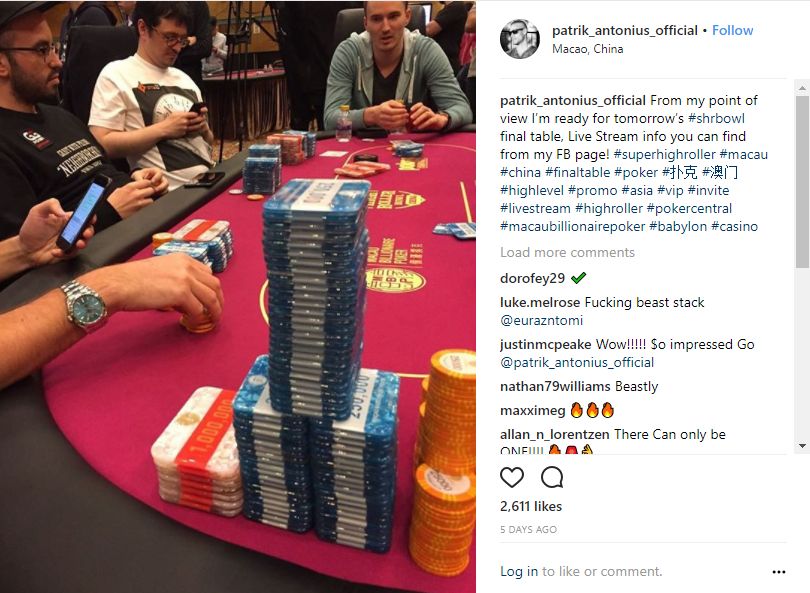