Green may well be the colour of envy, but it’s also the colour of money, and Global Poker player ‘Greeen’ produced plenty of both this week as he took down the Global Poker Madness Main Event for a sweet payday of $40,194, claiming he “broke into tears 6 times this morning” as a result of his biggest-ever win!

The Madness Main Event was the culmination of Global Poker’s latest adventure, a SC$200,000 guaranteed monster which many thought would have a huge overlay – but they reckoned without the huge fanbase which the US-friendly site has grown over the past year, ‘Greeen’ among them.

“8 months ago I stumbled upon Global Poker and it has been a great place for me to play and get hands in for my mini bankroll”, said ‘Greeen’ after his historic win, adding: “I'm honestly beside myself. I've played poker for a year and a half, a losing player, break even at best.”

He was joined in the SC$540 buy-in Madness Main Event line-up by 418 other hopefuls, a whopping 189 of whom qualified via the Global Poker satellite steps system, which started out at a micro-friendly SC$1.50 last month and resulted in a final prize pool of SC$209,500.

‘Greeen’ himself went via the SC$77 version of the satellites and says that his $40k+ win “is a little less than my annual earnings”, explaining that he works “50 - 60 hrs a week” with the Global Poker payday “4x more than I have in my savings” – hence the understandable tears of joy every time he realises just what he has achieved!

“The dream is alive boys! Never doubt yourselves!” ‘Greeen’ concluded.

As for how he took down the biggest single prize in Global Poker’s short but hugely successful history, the community forums had the details, ‘Greeen’ finsing himself heads-up against ‘beatbookie’ for the title. 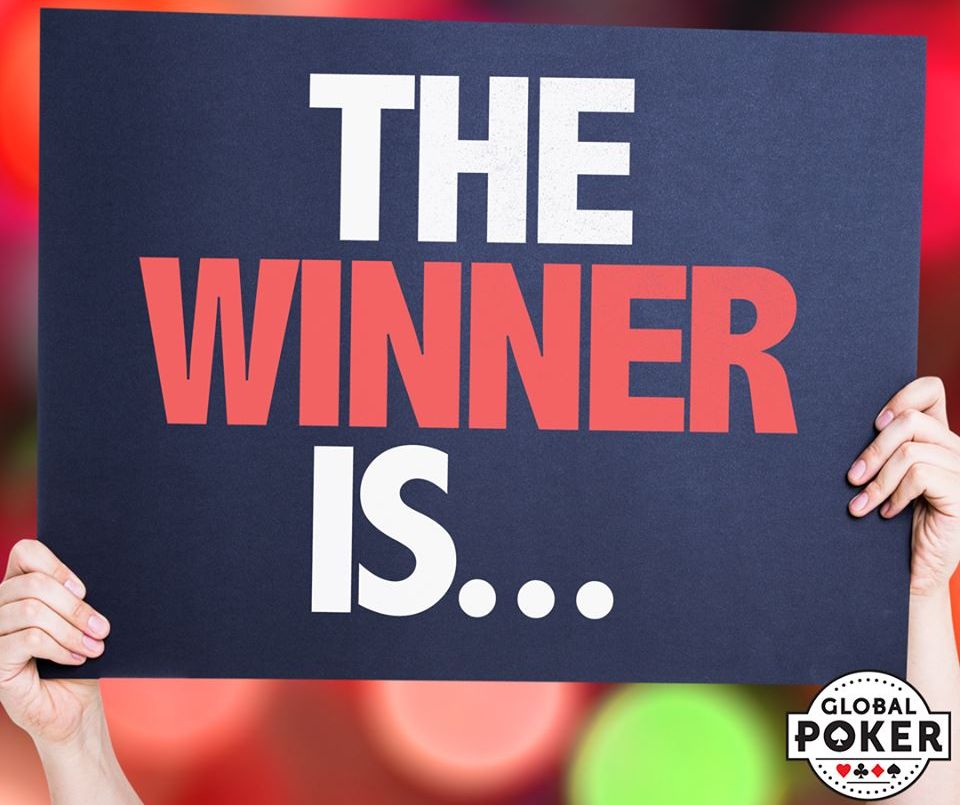 All-in with A♥ 6♥ against the 8♣ 9♦ of ‘beatbookie’, the 6♦ hit the turn and ‘that was more than enough for ‘Greeen’ to be crowned the 'Global Poker Madness Champion’.

In a revelation for many players, the forum report stated:  ‘such is the social camaraderie that Global Poker is known for that ‘beatbookie' was quite happy to have lost heads up to a player like ‘Greeen’'.

“Congrats on the win Greeen”, ‘beatbookie’ said. “I wasn’t happy when you rivered that deuce to counterfeit my two pairs but after reading this story, I feel better. Sounds like you deserve the win buddy. Hope you parlay it into even greater success”.

‘Beatbookie’ didn’t leave empty-handed of course, a second prize of $29,925 certainly not to be sniffed at, and the rest of the players in the money were no doubt happy as well that the Global Poker Madness special was such a huge success.