Poker vs Starcraft: Is Poker the Last Bastion of Human Defence Against the AI Machines?

In one of the most remarkable – and scary – feats of Artificial Intelligence seen so far, top Starcraft players have been overwhelmingly defeated by the machines in competitive play, leading many to wonder if poker is indeed the most difficult game out there…

The rise of the self-learning AI machines has been stratospheric over the past few years, the world’s top human players defeated in Checkers (draughts), GO, then Chess, and even last year in a variant of Heads-Up No Limit poker.

Starcraft, however, was thought by most to be untouchable, as Liv Boeree pointed out in a tweet following the machine’s historic win…

As seen above, the reason for most poker variants, as well as games such as Starcraft, being out of reach of the artificial monsters is their sheer number of unknown variables – games of incomplete information compared to the likes of chess and GO.

The AlphaStar project, however, has been targeting Starcraft – and the results are startling. And to online poker players even the human abilities on show will be awe-inspiring, 800 clicks per minute from the humans making 100 game multi-tabling look possible!

Detractors of the Demis Hassabis-inspired AI programs – AlphaStar was preceded by AlphaZero (chess) and AlphaGO (obviously, GO) – claim that the playing field was uneven.

Perhaps valid, but with barely a full week’s worth of ‘self-learning’ to fall back on, defeating the likes of Dario ‘TLO’ Wünsch and Team Liquid’s StarCraft pro Grzegorz ‘MaNa’ Komincz is an incredible achievement. And it’s unlikely to end there…

What does this mean for poker?

As I wrote later that year, however, even the experts claimed that despite using complex computational game theory AI had ‘a long way to go before it solves the games we love completely and replaces humans at the top of the clever tree’. 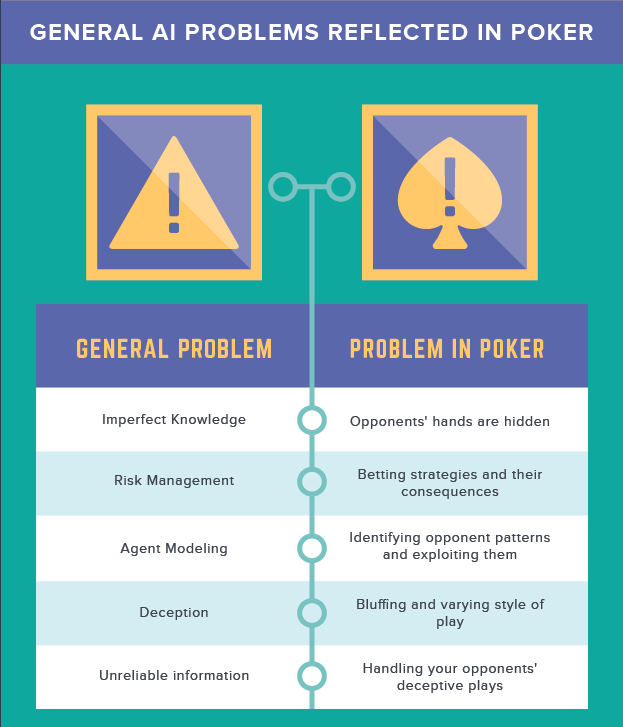 The number of possible actions in, for example, full ring No Limit Hold’em, it has always been said, are too vast even for computers to solve.

However, if AlphaStar is already able to master the strategy of Starcraft beyond that of top humans, how much longer can poker survive before the machines find a way through the maths of the vast, strategically-complex game of poker?

The Rise of the Machines

If, as chessplayers have already been mourning for some time, the rise of the machines could spoil our beloved game by ‘solving’ it someday soon – there are more worrying aspects of the whole AI industry….

Just last week it was revealed that Libratus and the ‘Strategy Robot’ AI company built around it, had been contracted by the Pentagon in a two-year, $10million deal to support a US army-based initiative called the Defense Innovation Unit.

One of the program’s developer’s, Tuomas Sandholm, told Wired magazine:

“I think AI’s going to make the world a much safer place.”

The iconic movie Terminator and the SkyNet machine which controlled that world have long been used by AI scaremongers as a parallel to what the real-life AI might one day become – our master instead of useful but mindless slave.

Has AlphaStar just added to that potential horror story – and is poker, therefore, the last bastion of human strategic dominance?