When four of the best heads-up no limit players in the world accepted a challenge from the Artificial Intelligence community’s top poker program, hopes were high that flesh-and-blood would convincingly defeat the robot as they had done the year before.

Three weeks on it is indeed a massacre, but not the expected one – with Libratus taking the best part of a $1.5 million lead over the humans and leaving everyone scratching their heads at its almost complete dominance!

The rematch – the human quartet defeating Claudico last year over 80,000 hands – has seen Jason Les, Dong Kim and fellow prosDaniel McAuley and Jimmy Chou battle it out at Rivers Casino on Pittsburgh's North Shore – with a planned 120,000 hands of heads-up NLHE now three-quarters of the way through – and it’s an ugly affair from a human-domination perspective.

As the match hit the ¾ point, so did the millions – the bot up a ‘virtual’ $750,000 – and the humans following the match online were desperate for factors to blame, the long, long hours of play being one of them – humans tire, machines don’t feel a thing! 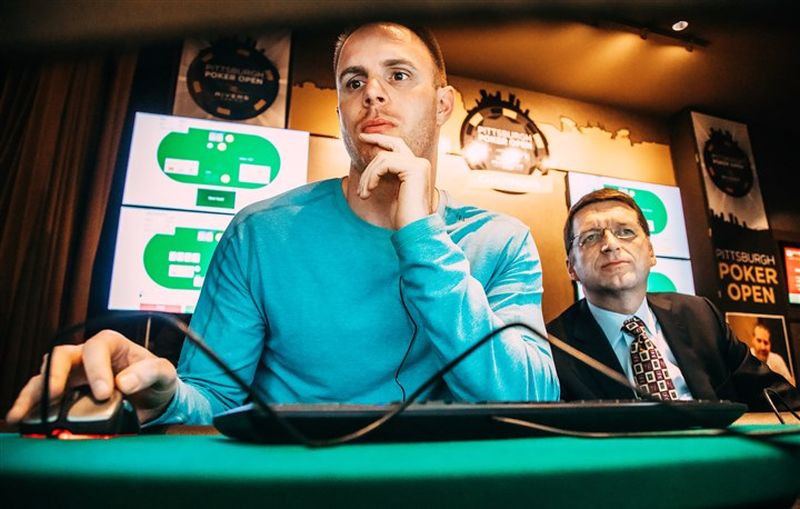 "When you hear us complain, it comes from frustration. We know our A-game and when you feel you are unable to play at that edge it is frustrating,’ but was quick to add: ’Once again, I have all the respect in the world for what the CMU team has accomplished here. Libratus is amazing, truly the toughest opponent I have EVER played. I'm not intending to take anything away from their accomplishment here, they are beating us. I don't think that makes my point any less reasonable though."

With just a few days left for the foursome to restore faith in human poker-playing skills, it’s almost an impossibility to redress the massive loss, particularly as the AI-program is literally learning as it goes along – adjusting its play overnight while its flesh-and-blood opponents desperately try to plug the holes I their own games and bodies!

All is not lost yet for humanity, however, one funnyman calling on Daniel Negreanu and Phil Hellmuth to take over the reins, but at the rate Libratus is improving I doubt they have enough money between them for even 1-day match!