PokerStars Fusion - The Reality Behind The Hype

What if you could combine two of the most exciting variants of poker into one game? Sounds pretty cool, huh? Well that’s what PokerStars have done with their brand-new offering, Fusion, so let’s see what all the fuss is about!

Fusion is described by the PS team as ‘a brand new, simple yet fascinating pot-limit hybrid of Hold’em and Omaha’ but before we delve into its good and bad points, we need to know the rules…

Well, if you’ve played both Texas Hold’em and PLO before, very simple indeed. If not, it’s easy enough to pick up the basics of both games. 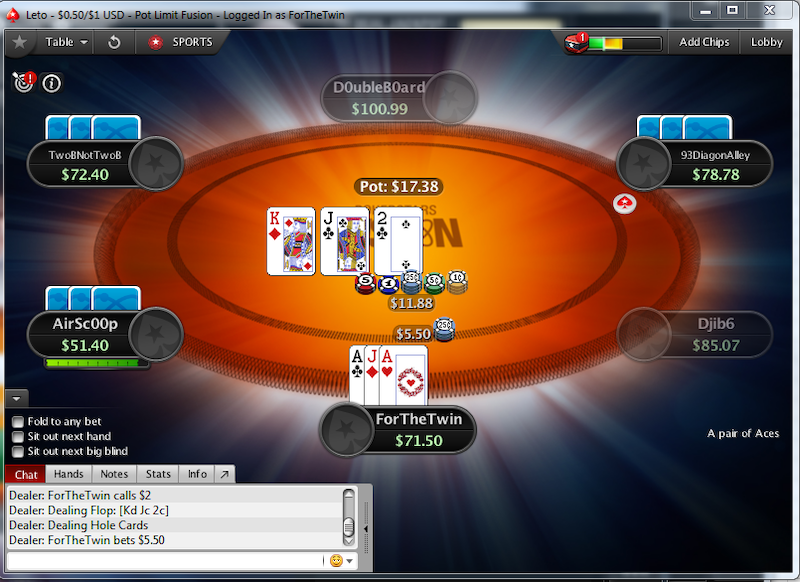 How does it play out in practice? Well, here’s a sample hand of things going right for one 2+2 poster who jokes: “Fusion is my new favourite game...”

I get J I bet pot, BB calls 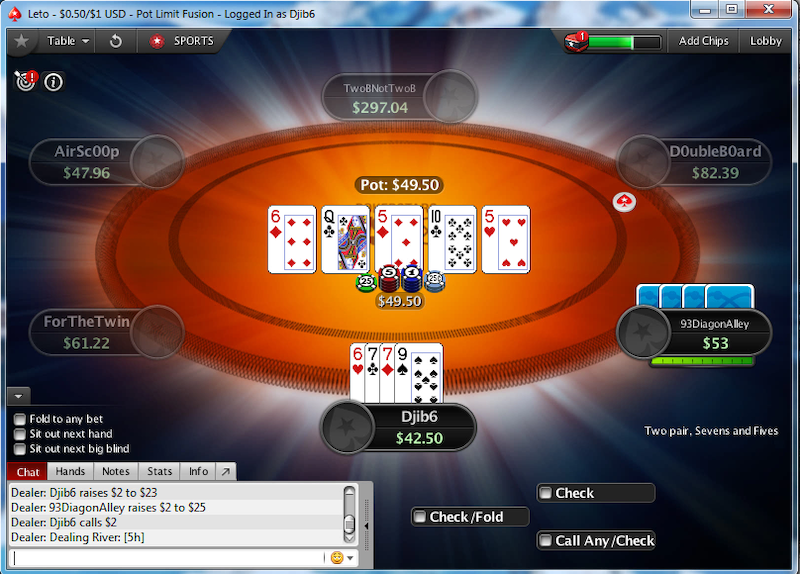 A nice start to the game for ‘CheckNorris’, but will it catch on or just be another flash in the pan from PokerStars’ creative team?

Some big names have already given it a go, PokerStars Team online pro Jaime Staples taking it for a spin recently…

The PS blog writes that: "Every street adds a layer of super-charged theory. Every new hole card multiplies the possibilities," but does it really – or is it just PLO with a couple of unknowns along the way?

‘Delfins’ on the 2+2 forum thinks so, writing: ‘Seem basically PLO with some adjustments early on in hands’, although others believe that can make it good for exploiting the ‘No Limit’ crew who don’t really get the difference in strategy between the games.

“Seems pretty soft due to all the clueless holdem players. Hands like JJ/QQ are getting 3bet”, says ‘Blackf1re’, with fellow poster ‘robert_utk;’ writing ‘Remember, you are constructing a PLO hand, piece by piece. Holdem equity does not apply’.

“We want to give our players games that they have never played before and bring a unique offering to the table,” said Severin Rasset, Director of Poker Innovation and Operations.  “Fusion mixes two well-loved formats together, giving an exciting twist to the game. We eagerly await player feedback and look forward to seeing everyone joining the tables and giving Fusion a try.”

It has to be said that Fusion follows on from the discontinued trial runs of both Split Hold’em and Showtime – or, a variety of limited-time, cash game innovations released by PokerStars this year’ according to the site.

It’s definitely a fun game, not unlike some of the home game variants players have been coming up with for years to add some spice to things.

For those with a PLO background it will add a bit of +EV to your online play for sure, although the problem is either a) getting hooked and/or b) becoming dependent on the extra money you make – and then finding the game withdrawn within a few months.

If you want to learn PLO without diving in head first against a pool of sharks, then this might be the best way to do so while still understanding some of the game!

Overall? A decent effort by PokerStars for a change and the first variant your writer has been tempted to try from among their recent batch of releases. Time and money will tell, of course, if it’s more than a temporary addition.

Note: The game is available now on .DK and will launch on .COM, .NET, .EU, .UK shortly. Go to the PokerStars webpage and PokerStars Blog for more details.