The poker ecosystem of sharks and fish is often referred to when describing the skill levels of players, but a handful of poker players will be playing among reals sharks and fish - literally - at the 2nd Annual Lady Luck Underwater Poker Tournament set for this summer in Florida.

The debut of the event last year went rather swimmingly, so South Florida Diving has announced that a poker tournament will once again be played underwater on the deck of the Lady Luck on the anniversary of the boat's intentional sinking. The date is July 23, 2018, and a handful of players will put on their scuba gear and descend to the depths of Shipwreck Park in Pompano Beach to determine which among them is the poker shark.

Shipwreck Park is home to more than a dozen sunken ships and is a popular spot for divers to explore marine life. It operates as a non-profit dedicated to raising awareness for the protection of coral reefs and marine habitats. The Shipwreck Park website describes itself as "a unique underwater cultural arts park with rotating underwater art exhibits."

Playing a poker tournament for fun while underwater is part of the awareness campaign, especially considering that the Lady Luck is festooned with gambling-type decorations and artwork. That includes a poker table that was fastened onto the upper deck of the 324-foot ship by an artist before its celebrated sinking at Shipwreck Park on July 23, 2016.

The poker players in the tournament will first compete online in order to winnow out the fish among them, setting the stage for the top players - who also must be certified scuba divers - to battle it out on the Lady Luck. Of course, the playing cards are waterproof, enabling the unique tournament to play through to completion, with the winner receiving a trophy along with bragging rights to being a true poker shark.

Last year's champion was Jessica Beebe, who also won a free dive to examine the newest ship to go down at Shipwreck Park, the Okinawa. Scuba Nation TV aired the underwater poker tourney last year and may be queuing up to duplicate the broadcast this year. 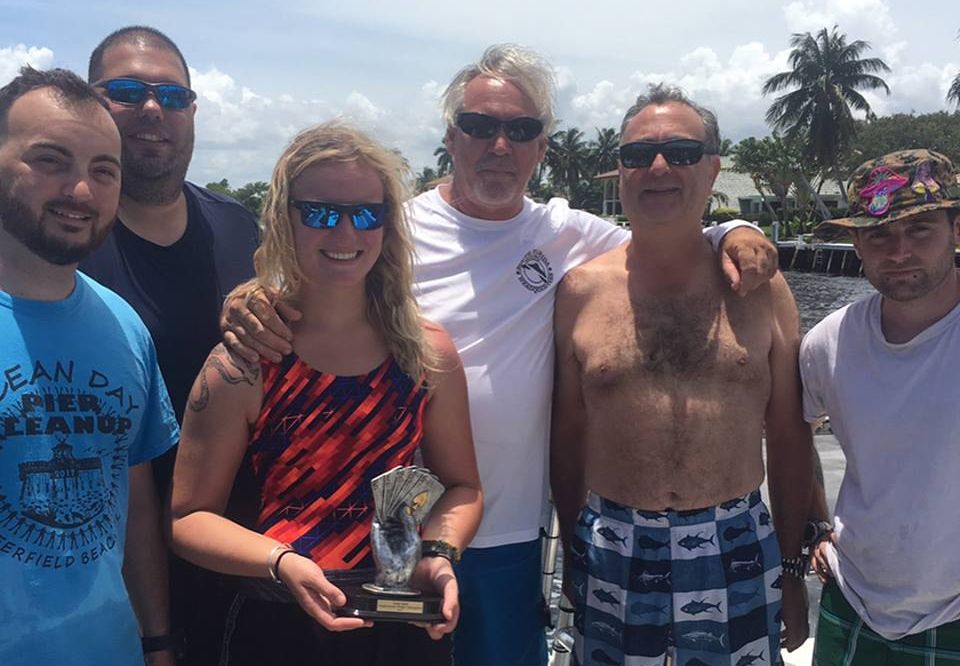