Struggles Of A Poker Vlogger In Slovakia

If, like me, you’ve fallen hook, line and sinker for the poker vlogging epidemic that’s taken over the internet, you’re going to love the comedy classic that ‘Masuronike’ has produced!

Describing himself as ‘Father. Founder of TiltBook. Former SNE trying to switch to MTT world. Backer&Coach’, the Slovakian poker whizz is about as far removed from the dulcet tones of Doug Polk or the slick, over-production of Daniel Negreanu as you can get.

Cows in the background? Check. 40-year old Skoda car? Yes. Sellotaping the camera to the windscreen of the Skoda? Naturally! This is Slovakia after all, and Tomas ‘Masuronike’ Kubaliak wants us all to share in the pain that life as a poker pro in his homeland brings with it!

Part tongue-in-cheek, part-reality (I know because I traveled the country for several months to secure my chess title!) Tomas beguiles us from the off with:

“What if you are living in Slovakia and you don't have any high-stakes action in your city, or some awesome view from your apartment?”

It’s actually a scenario we have seen a lot of, albeit the more usual vlogs are set in Vegas or some other notably poker-esque part of the world. Tomas, however, is Slovakian – and he does what all Slovakians do when faced with the harsh realities of life – he just gets on with it and does the job!

He’s a funny guy is our Tomas, a mercurial soul part-Borat and part-Boski, another two of my favorite people, and his hand analysis is genuinely hilarious, pinning cards to his washing line in place of the nifty graphics of say, Andrew Neeme or Doug Polk.

And Dan Bilzerian he is not (Tomas can actually play the game well for one thing) as his blog shows quite clearly... 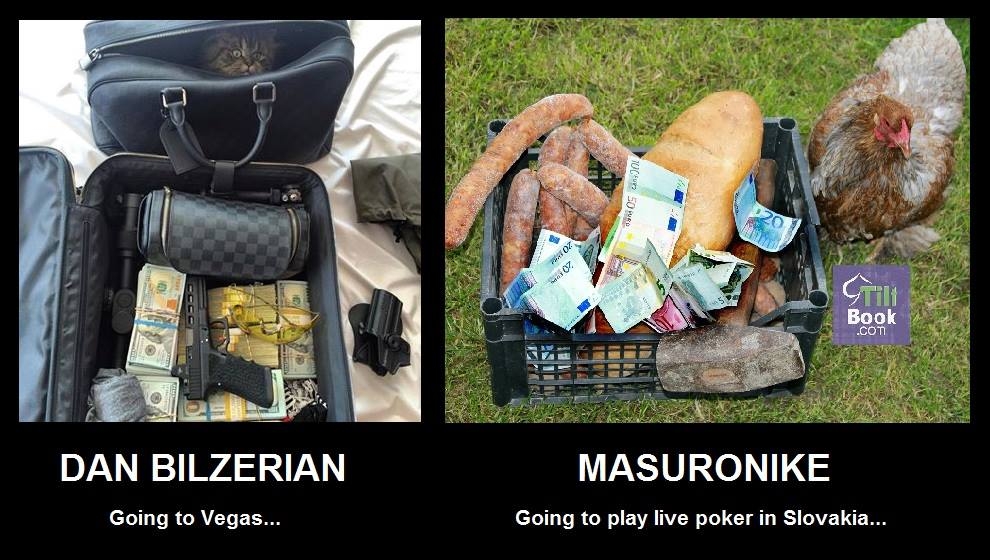 He’s a people person, for sure, answering YouTube questions and comments with the likes of:

“Poker is probably going to be banned in Slovakia soon so I can make 'struggles of poker vlogger in Brazil' soon :)“

So, if you fancy a change from the standard though excellent fare on offer from the ‘mainstream’ poker vloggers, ‘Masuronike’ is your go-to man. Head out for a whirl in his ancient Skoda and you’ll soon learn that poker bad beats are the least of your worries!