The Top 5 Craziest Poker Prop Bets of All Time

There’s something about poker and prop betting that seems to go hand in hand. Anyone who has spent any significant time around the game and its culture knows that poker players are addicted to action - both on and off the table. Simply put, there is never a dull moment when you are hanging around with poker players. There is a long and storied history of people doing things for money that are humiliating, insane, or sometimes just downright dangerous.

Of course, we could also use another adjective to describe these antics, hilariously entertaining. OK, so that was two adjectives, but you get the point. Nothing is quite as intriguing as watching someone do something ridiculous in the name of money. When it’s one of our poker heroes with their money/body/soul on the line, it gets even better.

Reputations can be made and broken in some prop bets. In the most extreme cases, legends can be born. But be warned, although prop betting may be a quick way to make a name for yourself in the poker world, it can also be hazardous to your health. So by all means, while you are free to enjoy this list of five of the sickest poker prop bets in history, it’s highly recommended that you don’t try these at home.

Mike “the Mouth” Matusow is rightfully known for his loud, overbearing personality and crazy antics, but he is also a legendary gambler in his own right, a fact which was on display during the lead-up to the 2008 World Series of Poker. Ted Forrest had bet Matusow $100,000 that he couldn’t weigh 181 pounds by the first week of the 2008 WSOP, and with only nine days left to go, Matusow still had 12 pounds to lose.

That’s when Matusow’s legendary capacity for degenerate behavior kicked in. After an offer to buy out of the bet for $50,000 was rejected, he started to exercise constantly, even choosing to fast over the course of the last five days. When time was finally up, he weighed in at a sleek 179 pounds. Of course, the weight didn’t stay off for long once the $100K he banked for pulling it off was put into his pockets.

An episode of High Stakes Poker never needs more action to be entertaining, but that’s exactly when happened in 2010 when a million dollar prop bet occurred between two legends of the game: Tom Dwan and Phil Ivey.

Personally, I still think that shows some serious willpower on Ivey’s part.

Dan Bilzerian - “The King of Instagram” - never seems to do anything that doesn’t induce shock and awe in us mere mortals, but even for him, taking a $600,000 bet with Bill Perkins that he could bike from the iconic “Welcome to Fabulous Las Vegas, Nevada” sign to his home in Los Angeles, California in under 48 hours seemed pretty intense. The fact that Bilzerian has already suffered multiple heart attacks in his life and is pushing the age of 40, didn’t seem to bother him when agreeing to the prop bet.

After enlisting none other than legendary cyclist and Tour de France winnerLance Armstrong for six weeks of training, Bilzerian was ready to go. Defying all the naysayers, he was able to complete the bet without suffering a heart attack in the process, or any other permanent injury. 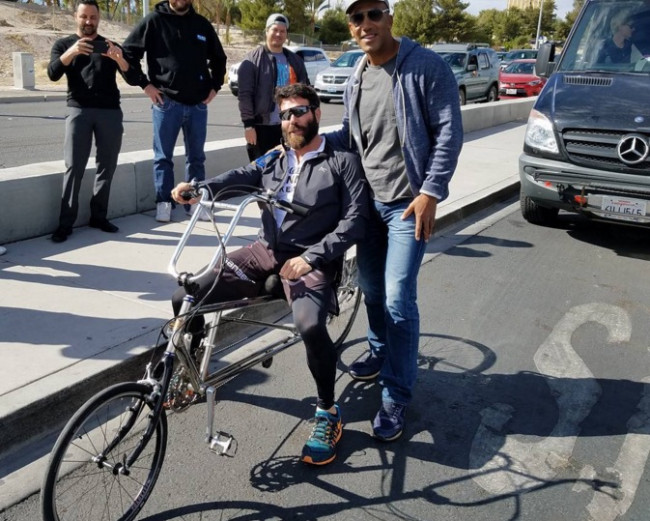 Feats of endurance are a popular theme in prop bets, but without a doubt the most incredible wager in this category came in 2011 when poker pro Ashton Griffin made a bet that he could run 70 Miles in just 24 Hours.

Adding to the difficulty, the bet was not planned, leaving Griffin to attempt it on four hours of sleep after a night of partying. But Griffin was a former high school wrestler who was no stranger to pushing through pain and sending his body past its limits.

Incredibly, that’s exactly what he did. Fueled by constant one-hour naps, pasta, and sports drinks, Griffin was able to win the bet - with 45 minutes to spare - and pocket $300,000 for his near super-human exploits. 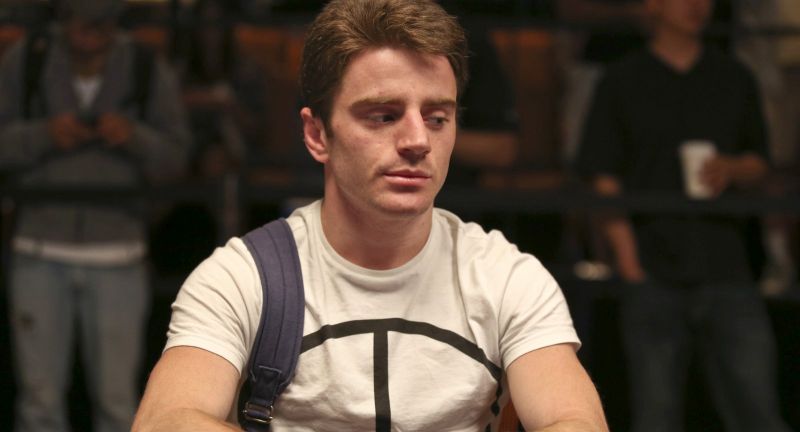 Giving new meaning to the term “be aggressive” poker pros JC Alvarado and Olivier Busquet decided to mix it up away from the poker table. In what easily qualifies in my mind as the single most badass poker player prop bet of all time, they agreed to have a five round MMA fight, with the winner taking home $270,000. They each took a full six-months to prepare for what became a highly anticipated event within the poker community.

Anyone who has ever competed in combat sports knows just how grueling they can be on the body, and it’s even more so for two people used to spending their days sitting comfortably around a poker table. Committing to such a drastic change in lifestyle (such as volunteering to get punched in the face) for a full half-year is an intense proposition.

Although JC Alvarado came in as the favorite due to his experience with Brazilian Jiu-Jitsu prior to the match, in the end it was Olivier Busquet whose relentless, powerful strikes caused enough damage that Alvarado’s corner decided to call the fight. But even though it was Busquet who took home the cash, both men definitely left with an experience that they should be proud of.