This Week at The WSOP

If the first week of the 2016 World Series of Poker brought us the shock returns of both Howard Lederer and Chris Ferguson, and all the talk of recriminations and reprisals which went with it, then the 2nd week hasn’t let us down either.

It’s been a week dominated by the prop-betting shenanigans of Jason Mercier and Vanessa Selbst – and we’ll get to that in due course – but what else has the action at the WSOP thrown up this week?

Negreanu cashes but doesn’t get close to 7th bracelet

The Canadian superstar was running deep in Event #21, the $3K Six-Max No-Limit Hold'em bracelet event – at one point sitting in 5th spot with only 26 players left out of a 1029 player starting line-up.

It wasn’t to be for Negreanu, however, as he bust out in 19th spot after the following hand as reported on WSOP.com.

Andros Ioakimides raises to 56,000 from the button and Daniel Negreanu moves all in from the big blind."

"How much is it?" Ioakimides asks, and Negreanu counts out 242,000. Ioakimides then throws in a chip to call and the cards are turned over.

Oh, wow, I was going broke either way."

Negreanu is drawing dead on the 2♥ turn, and an insignificant 5♠ river completes the board. The remaining 18 players will now redraw for the last three tables.

So Negreanu pocketed some change for his run, 19th spot worth $19,449 – but it was a disappointment given the $531,577 first prize and more importantly the WSOP bracelet which was up for grabs.

Rheem, who has appeared on PokerTube more times than I can recall – including this ‘visit’ from late last year – made it to the final table of the $3K H.O.R.S.E. event. He was the first to bust, however, but took his lifetime WSOP earnings to over $2.5 million. with “25 cashes and at least one in-the-money finish in each of the last 12 years at the WSOP”.

The HORSE event saw many of the biggest names in poker take part, and Phil Hellmuth - the 14-time gold bracelet winning Poker Hall of Famer - cashed out in 45th, which marked his 116th cash at the WSOP, more than any other player in history.

Others who made the money included Justin Bonomo, Bruno Fitoussi and Eli Elezra, but the big payday and the bracelet was reserved for Californinan pro Marco Johnson who scooped his 2nd piece of WSOP jewellery.

I started playing H.O.R.S.E. seven years ago because I grew up next to Chip Reese’s sister, and H.O.R.S.E. was always his game. I decided I wanted to be really good at this, so that’s where I focused my energy….this feels good to win a bracelet in a mixed event, for sure.”

Having taken down a Limit bracelet in 2013, Johnson added:

This one feels a lot better, for sure” explaining, “I just got married and my wife is six-months pregnant, so with a kid on the way, this is more special.” 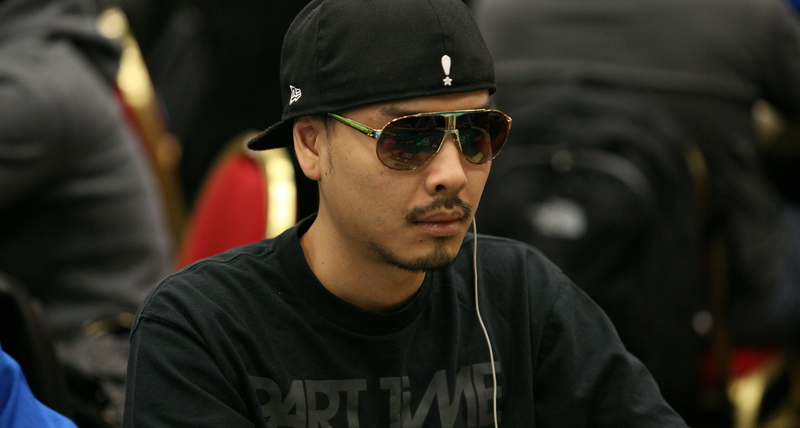 Every WSOP has its ridiculous stories, and Scott Farnsworth has just landed his own place in poker history – turning up for the $1500 Limit Hold’em event number 22 under the impression he was playing a No Limit tournament!

Having never played the Limit version before, the Snoqualmie, Washington player picked the rules up as he went along on day 1 and somehow outlasted 663 other players, losing out only when heads-up against Vietnamese-born, part-time pro Danny Le.

The tournament’s final dramatic moment came when Le scooped the final pot of the night by hitting a third deuce on the river (good for three 2’s) against Scott Farnsworth… who ended up with top pair (jacks), the hand giving Le a $188,815 payday plus the coveted bracelet."

It was hard to tell who was more ecstatic at the end of play – Farnsworth on his first-ever WSOP cash (worth $116,663) or Le, who stated afterwards:

The event was notable also for the first cash of the 2016 series for last year’s Main Event champion Joe McKeehen, who bust out in 44th spot for a miserly $3705 (when compared to his $multi-million scoop from November’s final table. 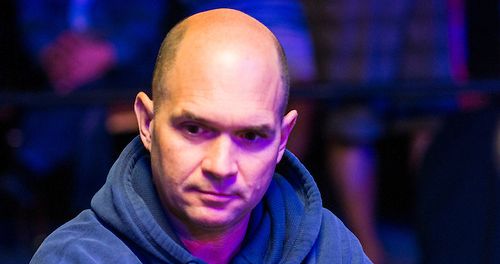 First ever cash, takes down a bracelet!

It’s a rare thing when someone’s first cash at a World Series also involves walking away with a bracelet, but for the wonderfully named Chase Bianchi that’s exactly what happened in the $1K No Limit event number 17.

To add to Maryland-resident Bianchi’s joy at the gold band and some $316,920 was the fact that he had all but given up on the WSOP for the year, his funds and playing holiday exhausted.

This is one of the last ones I was playing, “ Bianchi revealed after his big win, adding, ”I’ve been out here for about two weeks. I have a flight booked for tomorrow afternoon. Couldn’t have written it any better.”

When asked what he might do with his unlikely winnings, he replied: “It might be an early down payment on a house. We’ve been saving up,” which is not the usual response or plan when a poker player has just hit the big-time! Kudos to the happily-married family man.

Bianchi’s victory came against a generally unknown field, although UK readers might recognise the name of 3rd-placed finisher Roberto Romanello, from Swansea, who landed his 22nd WSOP cash –his biggest to-date, of $142,926.

One other cash was notable, with 2001 Main Event Champion Carlos Mortensen finishing in 188th from the field of 2242. 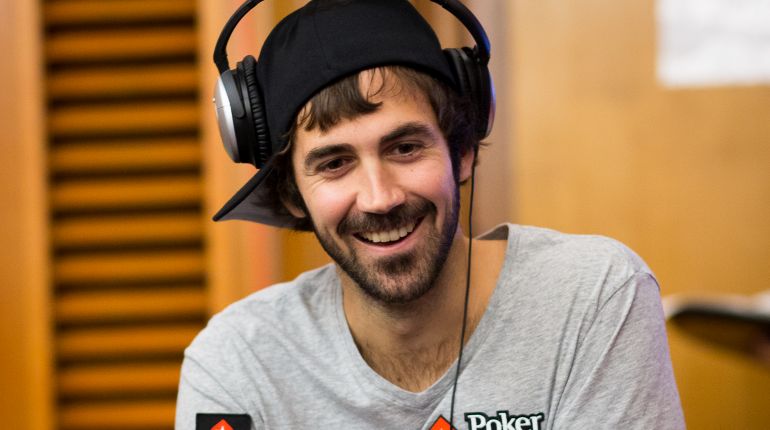 If you’ve somehow been away from the poker world for the past week, you’ll be forgiven for not knowing this, but the ridiculous prop-bets Vanessa Selbst made against both Dzmitry Urbanovich and Jason Mercier have well and truly come back to bite her on the ass!

In brief, Selbst apparently got drunk at the PCA event in the Bahamas and offered Urbanovich 200-1 that he wouldn’t win three bracelets at this year’s WSOP. $10K for her if she won, $2million for him if he managed the unlikely feat!

A crazy bet, you might think? Well, two days later Selbst offered the same bet to Jason Mercier at 180-1 – and apparently regretted it as soon as she sobered up. Yes, she claims to have been drunk yet again!

With Mercier refusing to buy-out the bet the following morning, little was known about this until Mercier took down Event #16, the $10K 2-7 Draw Lowball No-Limit Championship. Still, it was only one bracelet out of three, but then…

…Mercier started to go very deep in the $10K 7-Card Razz event, and Selbst started to panic – offering him $100K this time to buy out of the bet. Again Mercier refused – and the gloves were off, a Twitter spat and forum free-for-all ensuing.

That Mercier actually lost the heads-up battle for bracelet number 2 will have been only scant respite for Selbst, the well-known but not particularly widely-liked pro selling off as much action as she could. Mercier, meanwhile, has been playing absolutely every event possible, and as I write is again making the headlines, heading into day 3 of the $10K HORSE as chip leader!

Naturally the story will run almost as long as the series does this summer, and PokerTube will be bringing you all the interesting bits of it as and when they happen!

Amateurs Who Killed It At The WSOPPoker Gossip & Opinion