Every poker site needs to come up with fast-paced, action-packed offerings from time-to-time and Tiger Gaming has done exactly that with their new BOOST format, with both cash games and tournament play including the new feature.

For those of you familiar with PokerStars’ Zoom poker, you’ll already know the basics of Boost, the long-established Tiger Gaming poker room recreating the ‘fast fold’ option so that you don’t have to wait around ages at the same table for a decent hand.

Simply described, the Boost Poker table will look to you just like a regular table, but when you fold your cards you are immediately moved onto a random table - against different players - before the hand is completed. Basically -  fold your hand and get a new one instantly against different opponents!

It might sound like a gimmick, but it’s an incredibly popular and clever idea, leading to as Tiger Gaming puts it… 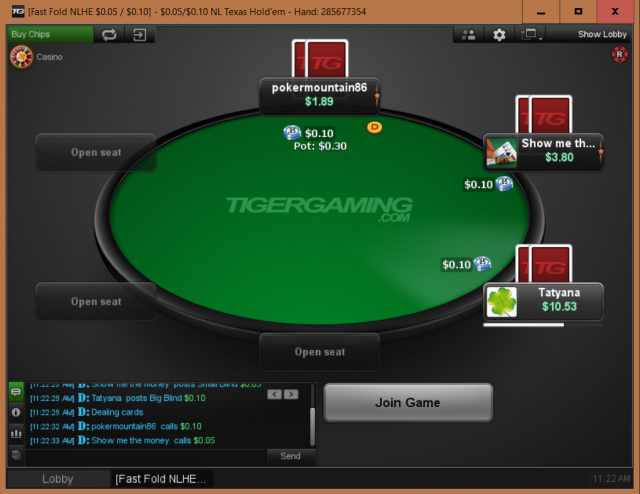 Of course, Tiger Gaming’s ‘Boost’ has its own flavour, and it’s useful to think about some nice strategies to help you win when you immediately appear at a brand new table:

So, no more waiting around to play some cards, just get out of Dodge and into new territory instantly. It’s fun, it’s exciting and it will almost certainly give your poker game a Boost!