Complaining that his Twitch stream sometimes lacks engagement with his viewers and followers, Matt Staples gets some valuable and confidence-building advice from older brother Jaime on ways to improve.

The two brothers sit down for a heart-to-heart chat that focuses mainly on the various problems that they typically encounter regarding Twitch content and streaming. Matt feels a bit down in the dumps about having only 182 subscribers after two years of streaming and bemoans the lack of interest via chat from viewers at times, despite almost 2,000 people watching.

Matt also wonders if his content needs to be better and lets it be known that streaming poker action is not enjoyable for him when the chat box goes silent for as long as four minutes at a time.

"The truth is, it's not fun to stream when no one's saying anything," Matt laments. "It's like I'm just talking to a screen for no reason. Why am I here?"

His big bro is there with reassuring and comforting words that every kid brother needs to hear on occasion, whether the topic is poker, girls, career choices, or just life in general. On this occasion, it's about Matt's Twitch channel and his ability (or inability) to move up the ranks and achieve greater success on the crowded streaming platform.

"Your content is not the problem," Jaime tells him, after explaining his theory on the different tiers that Twitch poker viewers belong to.

Jaime breaks down fans and watchers of poker streams into four different levels, with the first tier made up of those who will watch your Twitch stream no matter what stakes or game you're playing because they like you. The second tier is reserved for players who will tune in only when you're playing their particular game, he stated.

Level 3 viewers are those who do not consider you their first choice to follow, preferring the streaming action of Jason 'JCarver' Somerville, Parker 'tonkaaaa' Talbot, and Doug Polk, among others. However, this tier of viewers will watch, Jaime believes, when their favorites are not online.

Lastly, the fourth tier represents Twitch poker stream viewers who either don't know you or don't like you, said the elder Staples. The key to improving viewership, he advises Matt, is to move the lowered-tiered viewers into the upper levels and admits that the process takes time.

Jaime considers the bulk of his own viewership coming from the level 3 category, and tells his younger brother that he sees Matt as having some devoted level one followers but most are down in the 3rd and 4th tiers and need to be won over. 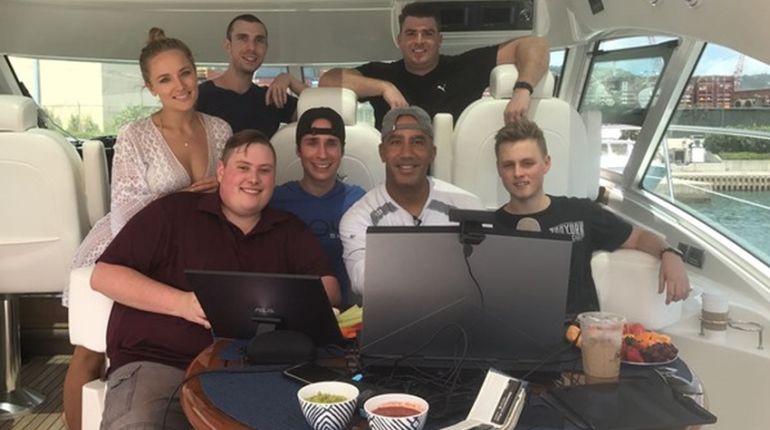 The chat between the brothers and the theory put forth by Jaime are both quite interesting. And so too were a number of the comments from their followers.

Many stated, and rightly so, that its the Twitch streamers who play for higher stakes that attract the most attention from fans. The more money that’s on the line, the greater the excitement level.

Another commenter had an interesting take on the different personalities of the brothers and had some advice for Matt.

"Jaime you get to know much more" during his streams, stated 'brookie73.' "He is more open about his life, his failings, his vunerability. I dont really know much about matts life. Try being more you and talking about your life."

Another suggestion from posters was to have a regular streaming schedule so that fans know when to find you. Jaime touched on that topic in the video and appears well aware of the need for continuity, and also mentioned perhaps trying new things that other streamers are not doing as a way to stand apart from the crowd.